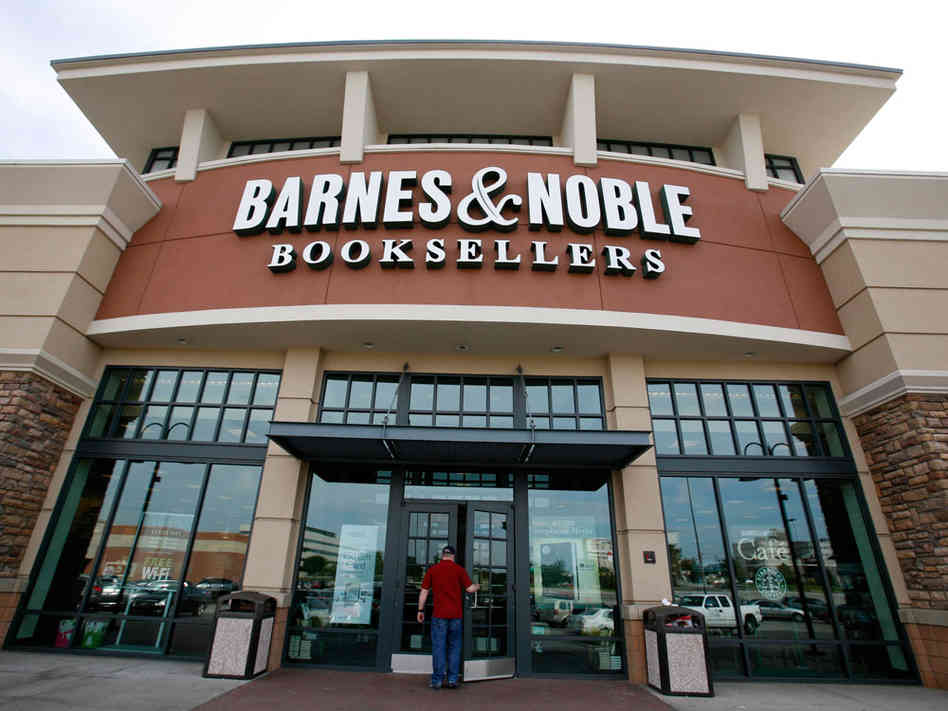 President Donald J. Trump talks about the fake and biased news media. The President rightfully laments about how the media only tells one side of the story and how they malign him mercilessly. As we already know, the mainstream news media (MSM) is nothing more than a propaganda arm of the Democrat Party. But now, like the MSM, brick and mortar stores are getting into the brainwashing act of attempting to control who you should like and who you should not like.

Today, I was shopping for a few small Christmas gifts for friends and I meandered into the Barnes and Noble book store at my local mall.

Word of caution: any Trump supporters would be best to steer clear of Barnes and Noble as you will feel your blood pressure escalate as you walk through the aisles.

I wanted to purchase a calendar for a gift and was perusing through the themes of the various offerings. Front and center was the “Donald Trump: The Out of Office Countdown” calendar. It’s the calendar designed to count down “to the bitter end.”  What’s so bitter about a booming economy, low unemployment and soaring 401K’s? Democrats just can’t stand that Americans are doing so much better under the Trump Administration. They just don’t get it. They’d prefer everyone be in equal misery and despair rather than prospering and standing successfully on their own.

The 2020 calendar says, “CAN’T STAND LOOKING AT HIM? Now includes stickers to obscure, play and vandalize.”  Vandalize? Nothing like encouraging people to destroy things just because you don’t like someone. Ironically, the makers of this calendar are not giving it away for free, much to Alexandria Ocasio Cortez’s chagrin – it retails for $14.99. I decided to save my money and look for another gift. 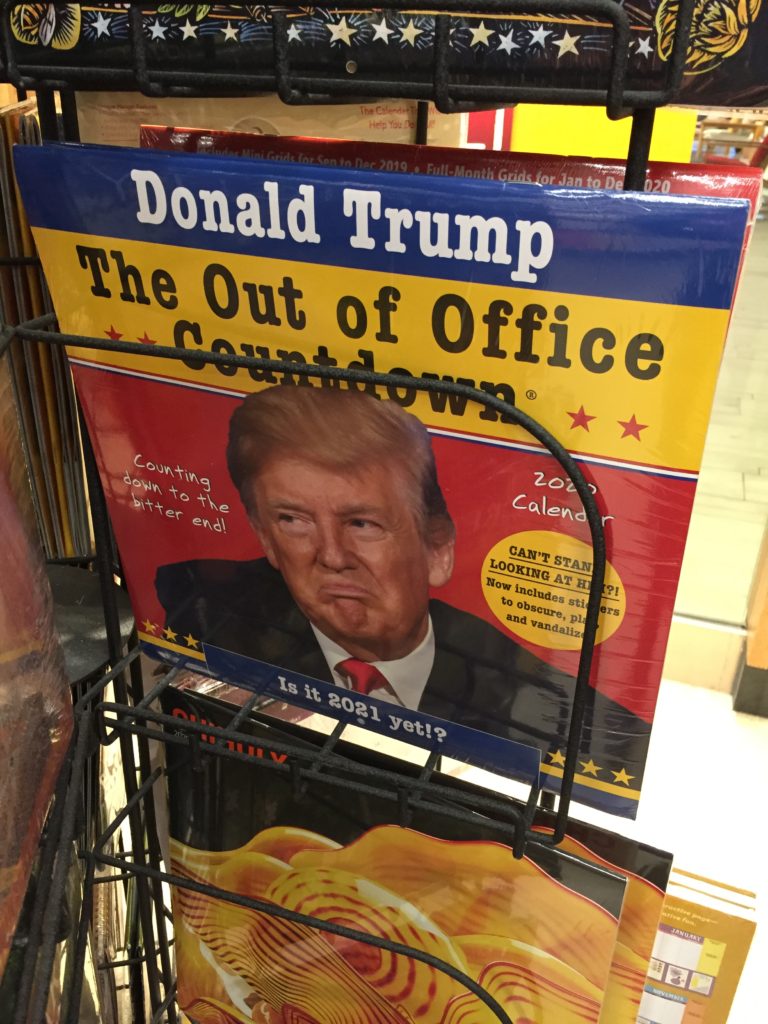 I then went to the Current Affairs section of the store. Of course, Trump Derangement Syndrome was on full display here. Jim Acosta, who is CNN’s White House Chief Correspondent and Chief Hater of Trump, has his book “Enemy of the People: A Dangerous Time to Tell The Truth in America” prominently displayed on a top shelf, next to copies of Seth Abramson’s “Proof of Conspiracy: How Trump’s International Collusion is Threatening American Democracy.” Trump’s international collusion?! For a minute, I thought I was in the Fiction section! Where were the tomes on Joe Biden’s Ukrainian collusion? A few books down sat a single copy of Saul Alinsky’s “Rules for Radicals” (remember, that’s the book Alinsky wrote to give lefties step-by-step instructions on how to dismantle our Constitutional Republic and dedicated it to Lucifer). On the immediate shelf below sat “It Came From Something Awful: How a Toxic Troll Army Accidentally Memed Donald Trump Into Office.” Personally, I prefer to be called “Deplorable”. It rolls off the tongue much better than “Toxic Troll Army”.

Yes, there were other books in the section, but only some were turned to catch the eyes of the shoppers and all of those books happened to be anti-Trump. No disputing the agenda here at this store. 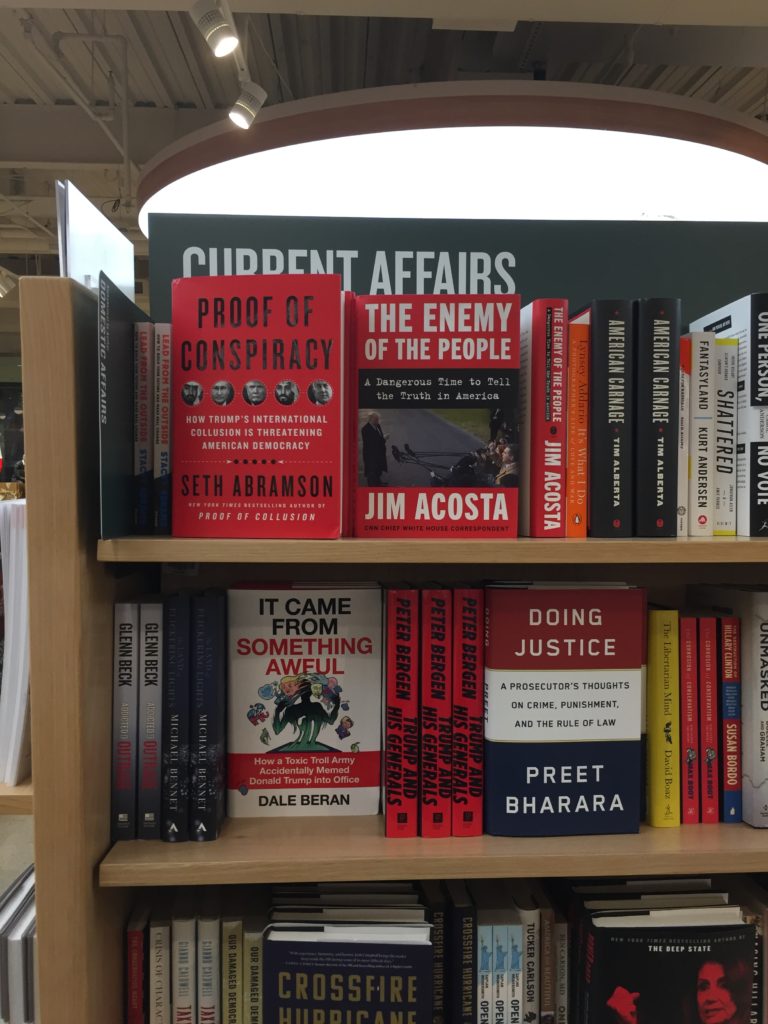 However, there was one upbeat book display that even featured a heart! It was around the corner from the anti-Trump section on a prominent end-cap. It was a love-fest of books dedicated to Barack and Michele Obama. Funny, there were no books calling Obama a threat to democracy. There were no books saying that the Obama presidency was a dangerous time in America. Not at all! Every book was a flowery and glowing piece of literature dedicated to the two people who are mainly responsible for the racial schism and anti-law enforcement sentiments in this country.  The books were placed on a display under a sign that read “I Love The Obamas”.  There was even a “Michelle Obama Activity Book” (perhaps there’s an “All this for a flag” coloring page?)  Another book is “Laughing With The Obamas”.  Strange, I remember doing nothing but crying during those arduously long eight years of that presidency. After all that “Hope and Change”, I was “Changed and Hopeless” until Donald Trump came along.  The display contained no books about Fast and Furious. No books about Obama giving $150 billion cash on pallets to Iran. No books on how the Obama Administration spied on a presidential candidate which made Watergate look like Cub Scout Camp! No books on Obama weaponizing the IRS against conservatives! It’s only accolades and rainbows for the Obamas at Barnes and Noble. 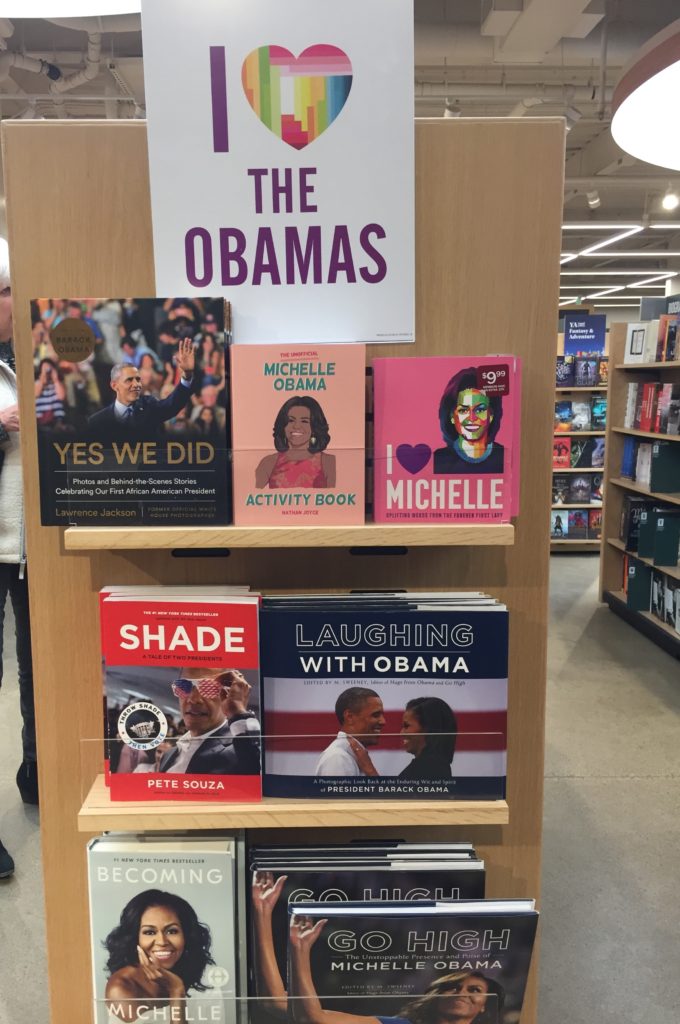 Needless to say, I didn’t spend any money today at Barnes and Noble and I did walk out of there angry and disgusted. With all the stores that are turning their backs on conservative customers, I am quickly running out of stores to shop. Maybe that’s a good thing. I’ll be able to contribute more money to my 401K and as long as Donald J. Trump is President, I can sit back and watch it climb!