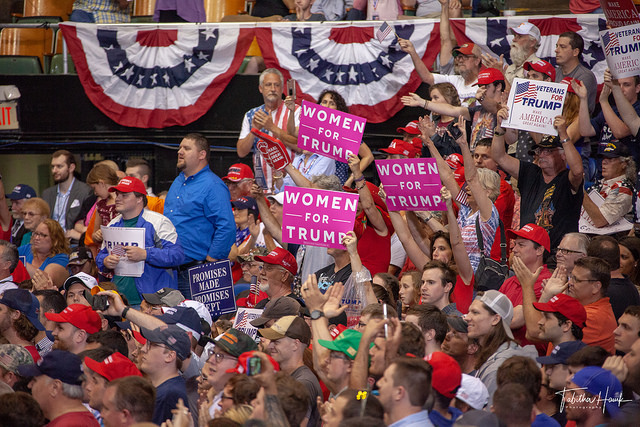 Now is the time to push that Red Wave and keep making America great again.

There are weeks when the news just feels like a freight train slamming into all my hopes and kills any optimism I may have.  This week feels like one of “those” weeks.

The news about Cohen and Manafort has been twisted into an all out call of “Trump’s guilt” by the media and the left, with our President poking the bear (so to speak) by tweeting his opinion of the proceedings:

A large number of counts, ten, could not even be decided in the Paul Manafort case. Witch Hunt!

If anyone is looking for a good lawyer, I would strongly suggest that you don’t retain the services of Michael Cohen!

MUST WATCH: Manafort juror says that the case was entirely about trying to impeach Trump by getting Manafort to turn on him and it wouldn’t have ever happened if not for that. pic.twitter.com/mVrKPfGqbv

And then the sad discovery of Mollie Tibbett’s body and the news of her alleged illegal immigrant murderer and it is no wonder why it feels like all the sunshine has turned grey this week.

For 34 days, investigators searched for 20-year-old Mollie Tibbetts. Yesterday, an illegal alien, now charged with first-degree murder, led police to the cornfield where her body was found.

The Tibbetts family has been permanently separated. They are not alone. pic.twitter.com/BBskwHEJoU

Yesterday, I was chatting with a political buddy of mine and I asked him, “What can we do?”  His response was, “Nothing. It’s beyond our control.”  Never being a person who likes being told there is “nothing” I can do, this response didn’t sit well with me; giving up isn’t in my nature.

So, I started thinking about it.  Yes, my friend is right: there isn’t really anything we can do about what is going on with Mueller, Cohen, Manafort or any of the so-called “Russian Investigation” (unless you count getting informed on SpyGate by listening to Dan Bongino’s podcast, which, let me just say, if you don’t listen, you need to start because that man is rocking it).

What we can do is get involved.

If Republicans lose control of Congress in November, it is a guarantee that the democrats will impeach President Trump. Given the comments filtering through my Facebook feed, an impeachment trial of President Trump will further divide this country, with some postulating it could incite another civil war – a civil war not only without the geographical demarcations that defined America’s first civil war, but also more advanced weaponry and the inability to define friends vs. enemies.  Sorry, folks, but that isn’t something I want, and I am sure you don’t either, so it is time to get engaged and involved.

No matter where you live, there is a congressional candidate who needs your help.  Go to your state Republican party websites to find your candidates. Call their campaign offices – campaigns need people to man phone banks, lit drop, door knock, put signs in yards, walk in parades, help out at festival and fair booths and money.  If you don’t have time or energy to put in on a campaign, donate to your candidate.  Every little bit counts.  Get a sign and put it in your yard.  Do whatever you can do to help get out the vote in November.  Talk to your friends and neighbors. Encourage them to vote. If they’re not registered to vote, help them get registered. Don’t just rely on social media posts to influence friends and relatives – get out there and work to help get your candidate elected. You can also get involved by becoming an election judge in your precinct.  They are always looking for people to help man the polls on election day. 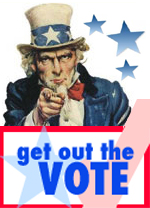 Don’t just stop at supporting your Senate or House candidate: research who is running for your state legislature, county board, city council and school board. Find the candidates who most closely align with your values and donate your time or your money to their campaigns.  We all worry about what is happening federally, but the area in which we have the most influence is at the local level.  It also is the level that most affects our lives (unless we find ourselves in a civil war, but God willing that won’t happen) and is the most ignored by most of the population.

It seems in every election cycle we are told “This is the most important election of our lives!” This time, I believe it is true. Now is not the time to grin and say, “Our guy made it – the Deplorables got him into the White House, so we can rest easy…” No. Now is when it is time to push that Red Wave and keep making America great again.