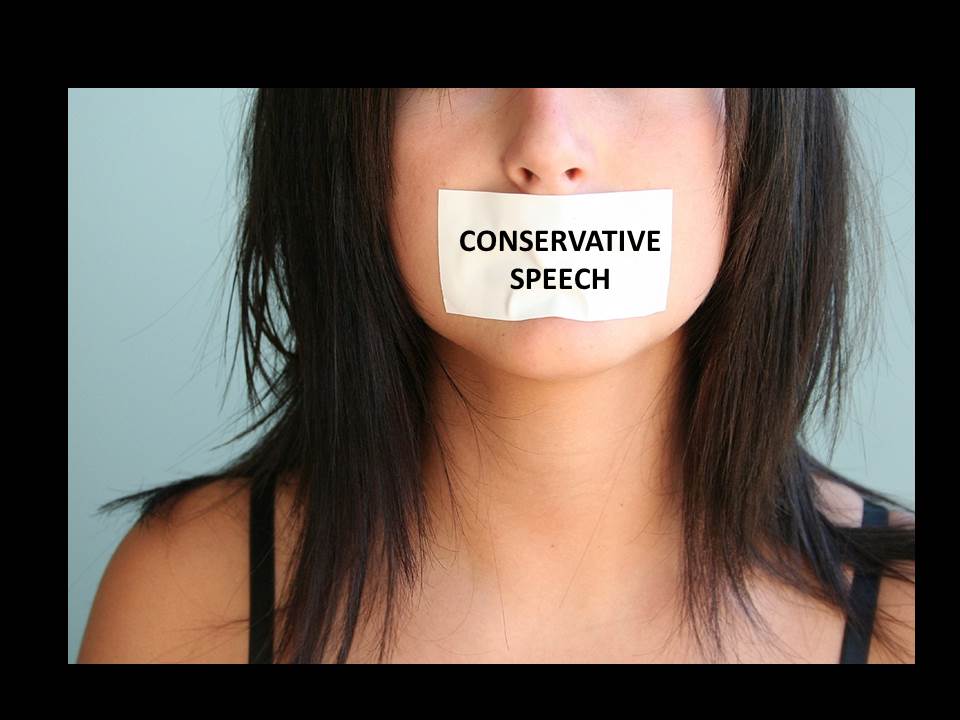 Censorship of conservatives is accelerating in the progressive/leftist-run social media realm.

With outlets like Facebook and Twitter run by well-known leftists Mark Zuckerberg and Jack Dorsey respectively, it comes as no surprise that there would be a doubling-down of information suppression when the subject is a popular conservative matter.

On Independence Day, a post containing an excerpt from the Declaration of Independence was removed for “violation” of Facebook’s standards.

The Vindicator, a newspaper based in Liberty, Texas posted snippets of the historical document on its Facebook page to encourage historical literacy among its readers. The newspaper said one of the posts did not appear on its page because Facebook felt that it was hate speech.  According to USA Today, a managing editor of The Vindicator said he wasn’t sure which section of the Declaration of Independence set off the Facebook censors, but he assumes it was paragraph 31 where King George was admonished for inciting “domestic insurrections amongst us, and has endeavored to bring on the inhabitants of our frontiers, the merciless Indian Savages whose known rule of warfare, is an undistinguished destruction of all ages, sexes and conditions.”  Facebook eventually apologized to The Vindicator for deleting the post and has since restored it.

The Deplorable Housewives of the Midwest has been having its own issues with Facebook not allowing us to boost several of our posts.  It may have something to do with our name.  One of the incidents in question had to do with an advertisement to boost our Facebook page.  Facebook would not approve our ad to boost our page and insisted that our ad had political content and required a disclaimer.  Deplorable Housewive’s Co-Founder and writer/editor Andrea Mayer-Bruestle contacted Facebook to ask why they thought our ad had political content.  They eventually relented and allowed the ad to go through. 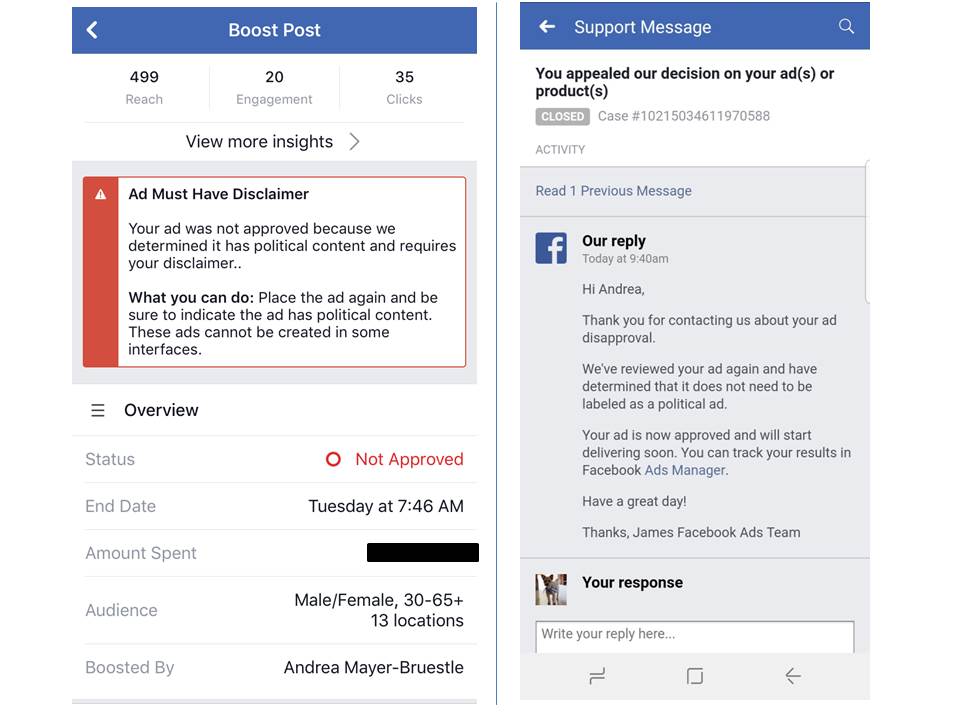 Meanwhile at Twitter, the #WalkAway hashtag was blowing up the social media site, but was not trending despite the hashtag’s incredible popularity.  The #WalkAway movement was started by former Democrat Brandon Straka of The Unsilent Majority and the popular hashtag features posts from many former Democrats explaining their decision to leave the Democratic party. Many of those who walked away posted that the party has become too violent, intolerant, antagonistic, divisive and no longer reflects their values and morals. The movement has been taking social media by storm. The Zeal, a website founded by activist Trevor Loudon, said Twitter users are claiming the social media giant has been censoring the hashtag.

#WalkAway is the #3 trending hashtag but Twitter won’t show it. Why @jack. Why? pic.twitter.com/qfMYOUM70k

Would be nice if Twitter would trend #walkaway. But that would defeat the socialist cause.

Twitter has found itself in trouble in the past censoring conservatives.  Project Veritas caught Twitter staffers on a hidden camera admitting they censor conservatives via a technique called “shadow banning.”  Shadow banning is when a user believes what they have posted is seen by everyone, but in reality, it is not. The post is suppressed by the social media giant in order to censor it. Twitter staffers admitted that there are key words in posts that trigger a shadow ban, like “God” and “America.”  An article from LifeNews stated that in 2016, Twitter attempted to manipulate election-related tweets using the hashtags “#PodestaEmails” and “#DNCLeak.” Who needs the Russians when we have Twitter attempting to sway elections?

The United States of America was founded upon freedom and liberty and this includes the freedom of speech.  The censorship of conservative/non-leftist ideas and narratives is frightening.  Even the censorship of one of our country’s founding documents is frightening. It also prominently displays the incredible ignorance and willful spite of the left.  Hence another reason for the popularity of the  #WalkAway movement.

Anyone who is in favor of shutting down anything other than leftist/progressive groupthink has no business celebrating July 4th.  Personally, I think these folks need to find another country where censoring of free speech is welcome. Those who silence conservative speech and ideas obviously do not know, understand or appreciate what America is all about. They do not understand all of our citizens have the right to freedom of speech – not just those on the left. And those who finally understand are #WalkingAwayInDroves.

1 thought on “Censorship of Conservatives Accelerates”