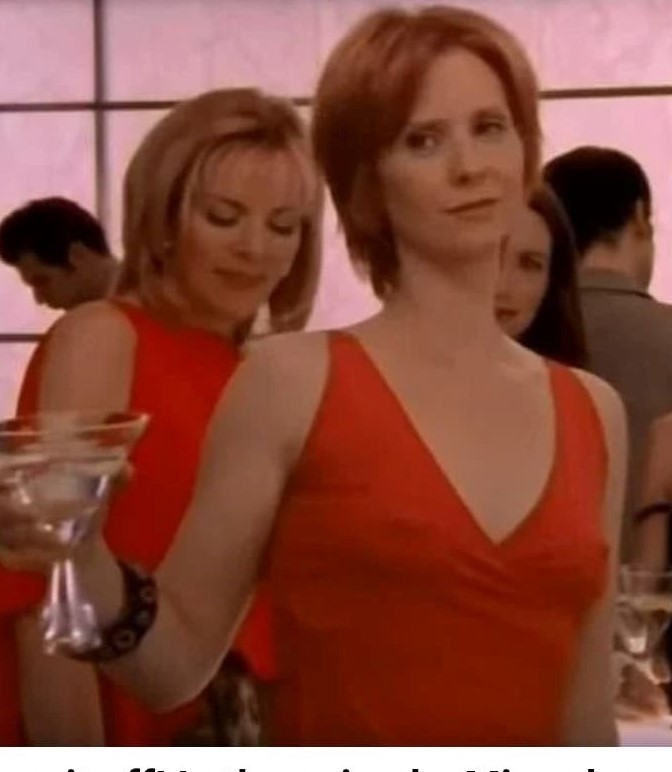 New York Gubernatorial candidate Cynthia Nixon told Politico she is a “democratic socialist.”  On her campaign website, Nixon states that her reason for running stems from the inequities she sees in New York.

In typical “democratic socialist” fashion, Nixon claims “the rest of us suffer,” but is she really suffering?  Her net worth is reportedly $60 million.  (I don’t know about you, but it would seem very little suffering should be happening with that kind of money.)  Nixon also derides the slashing of “taxes for the super-rich” while at the same time, taking advantage of various tax loopholes on her own million-plus a year income.  The New York Post recently reported:

Predictably, for someone with well over $1 million a year in income, she uses various loopholes, like significant deductions and an “S corporation” (dubbed Fickle Mermaid) to lower her tax bill.

She even paid her wife, Christine Marinoni, nearly $100,000 as a “business partner” — until Marinoni got a city job with a similar salary after Nixon pal Bill de Blasio took over as mayor.

As the NYPost points out, using tax loopholes is nothing new for the “super-rich.” However, Nixon also has proposed a $7.4 billion plan to fund K-12 education.  She claims the money would come from millionaires, but in reality, the tax hits couples earning $300,000/year the hardest.

Along with her tax hypocrisy, Nixon is also an open-borders, sanctuary state and abolish-ICE advocate. All this fits right in with the Bernie Sanders-esque “Democratic Socialist” model: “I own three houses and make millions in speaking fees and other engagements, but YOU, the little people, DO NOT deserve to keep your money!”

Nixon is preparing to debate incumbent New York Governor Andrew Cuomo this evening (Aug. 29, 2018).  In her preparation, she has demanded that the room be kept at a “feminist-friendly” 76 degrees.  According to reports, Governor Cuomo prefers room temperatures to match a balmy Minnesota November day. Apparently keeping room temperatures in workplaces set at lower temps is sexist, according to Nixon.

The question is, why exactly does Nixon insist the temperature be kept at 76 degrees? One would think she, as an actress of “Sex and the City” fame would understand that once the room is filled with people and the lights required for televising the event, keeping a room at the mid-70s is going to be impossible.  So, is it really that she believes cold temperatures are sexist (if so, why is she living in New York which is known for its brutal winters? Is winter sexist?), or does she have something else in mind?

Is Nixon pulling a “Kennedy” on Cuomo?

As a woman, Nixon can dress accordingly – a lightweight sleeveless dress and plenty of Botox to the armpits and temples will keep her at least looking like she’s a cool little cucumber.  Cuomo, on the other hand, will be in a full suit and tie, and though he could go with old school summer seersucker, it is unlikely that he will choose anything but a well cut, expensive Italian wool suit over a 100% cotton long sleeve shirt.  Once the temperatures start to rise, Cuomo could end up looking like a sweaty mess. Is that Nixon’s real intent? In a move reminiscent of the infamous JFK versus Richard Nixon debate of 1960, is Cynthia Nixon hoping that her lack of sweat will give her an edge on Cuomo?

Obviously, Nixon can’t be worried about the “obvious” signs of being cold in a room.  Those of us who remember her as “Miranda” in the ’90s TV series “Sex and the City” know that Nixon, as Miranda, had no issue with the effects of cold on the female form, and in fact, embraced and enhanced it with pasties in one episode.

Then again, maybe Nixon would benefit from a cold room? Yeah, keep that temp at 76.