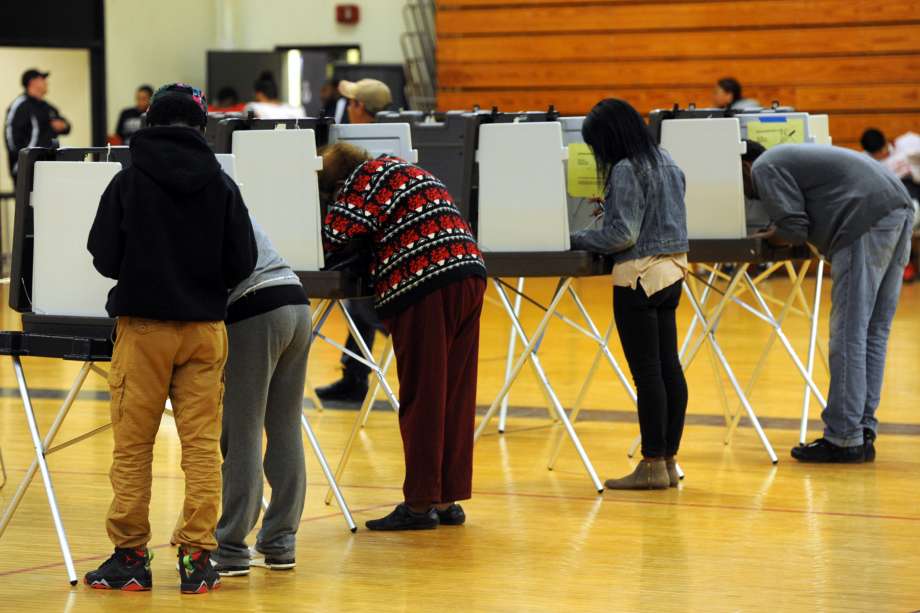 It was a David vs. Goliath moment in Minnesota’s Eastern Carver County School District on Election Day.

Eastern Carver County School district had two of its three question referendum voted down in a year that saw most referendums pass in over 70 school districts across Minnesota.

A press release from Eastern Carver County Schools said the operating levy – or Question One – failed 50.9% to 49.1%. The bond referendum, called Question Two, which was for deferred maintenance, a bus garage facility and a new elementary school, failed by a vote of 52.2% to 47.8%. However, a renewal of the technology/school security levy did pass 54.5% to 45.5%. The total cost of the referendum was $211.7 million, or $50.58 per household per month.

A small group of parents called “Concerned Parents of Minnesota School District 112” campaigned against the referendum and was victorious in getting 2 of the 3 referendum questions voted down. The reason why the Concerned Parents fought against this referendum is because they lost their confidence in a school board which hired an anti-Semitic equity survey company to conduct an audit in the district. Personal information was asked of students without parental notification. The district was also remiss in not putting in necessary security measures for the survey to ensure student privacy. An additional survey was sent to parents which asked extremely racist and biased questions. Only 14% of parents’ surveys were returned. The parents were also angered to hear the district’s director of finance and operations tell the Victoria City Council in October that a portion of the referendum will be used to pay down debt incurred by the school district. “We have been overspending,” said Dee Dee Kahring, the Director of Finance and Operations of Eastern Carver County Schools to the Victoria City Council. “Our revenue has not kept up with our expenses.”

The Concerned Parents had to face an uphill battle against the heavily funded teacher’s unions running phone banks to encourage voters to pass the referendum. Facing groups like Residents Organizing Against Racism (ROAR) and the Soros-funded progressive organization Indivisible, the “Concerned Parents” have been called racists and bigots by these groups at school board meetings and on social media because they were vocal against the referendum. Tim Klein, the chairperson of the Eastern Carver County school board instructed members of the Concerned Parents to keep quiet during meetings, admonishing them not to clap or have any “outbursts” during school board meetings.

The school district claimed the referendum needed to pass because the district “lacks classroom space for a growing community.” Concerned Parents of Minnesota School District 112 made the case that a brand new elementary school was built in the district two years ago in 2017 and that the school district used much needed elementary classroom space inside the district’s schools to run a for-profit Pre-K program. Using social media, local newspapers, a viral video, small conservative news outlets and good old fashioned doorknocking/literature dropping, the Concerned Parents were determined to inform the voters about their concerns about the referendum.

A statement by Concerned Parents of Minnesota School District 112 said, “After looking through last year’s line item budget, we have discovered that a new school is not needed at this time. Enrollment numbers have been elevated while capacity numbers have been skewed. We also found that non-mandated, For-Profit Pre-K programs are being run out of elementary schools, taking up space that K-5 students should use for future growth. The job of the school board is to take care of K-12 students, not cater to Pre-K programs, which are the responsibility of Community Ed. Asking parents to build an unnecessary school because classrooms are taken up by profit-making Pre-K programs is disingenuous.”

“The members of ROAR are disappointed that it seems racism and propaganda affected the results of Tuesday’s referendum. We must never give racism a seat at the table. Thank you to those community members who voted to support the students and staff in District 112. If you are also feeling disappointed and outraged at the attack on our community, we invite you to join us as we continue to fight against racism targeting our schools,” ROAR wrote in a Facebook statement about the referendum.

Prior to Election Day, Concerned Parents of Minnesota School District 112 ran an advertisement in local newspapers prior to Election Day which quoted directly from Dr. Muhammad Khalifa’s “Islamophobia and Christian Privilege” paper. Khalifa is the head of the equity survey company that was hired by the school district earlier this year. Members of the ROAR and “Vote Yes” groups were outraged that the papers ran the ad and called the “Concerned Parents” group racists, bigots and Islamophobes. One parent from the “Concerned Parents” group told Deplorable Housewives, “We are just as outraged as the ROAR group over the content of the ad. That is why we ran it.  Those are not our words. They are the exact words written by Dr. Muhammad Khalifa on how to get Islam into public schools through culture. It’s a violation of the US Constitution to have preference of one religion over another.”

At the first school board meeting following the vote on Thursday, November 14, members of ROAR once again called voters who did not support the referendum “racists”. Teachers spoke how they felt undervalued by the voters of Eastern Carver County. Instead of blaming the irresponsibility of the school board and bad decisions by the district, they instead turned the blame onto the voters for the failed referendum.

Parents from Concerned Parents offered solutions at the November 14 school board meeting with parent Gwen Michael revealing the school board owns several parcels of land that the district is not using. This land is valued at millions of dollars according to Carver County property records. Michael recommended the school board look into selling the properties instead of laying off teachers and cutting back programs.

Victoria resident Vince Beaudette told the school board, during the meeting, the Concerned Parents group handed out flyers about the referendum to district residents during the campaign, “We spoke with hundreds of residents. When conversations turned from money to classroom content, at least 80 percent of the residents were shocked to learn the true nature of your equity agenda for the classroom. That’s the problem here.”

Beaudette also informed the school board that one of its members spitefully said at another recent school district meeting that there would not be another referendum for two more years because “vote no people need to have consequences for their actions.”

After successfully defeating the referendum, a statement from Concerned Parents of Minnesota School District 112 said, “America is the most diverse — and the most welcoming — country in the world. American education does not need to be fundamentally transformed in order to accommodate new cultures. The beauty of America is that it has always been a wonderful melting pot of diverse people. We are asking for this school district to keep politics and political agendas out of our schools — allowing children to thrive and grow in a healthy, politically-neutral atmosphere.”

It will be interesting to see if Eastern Carver County School District has learned a lesson from this defeat, or will they double down on the path that led them to lose this referendum? Stay tuned…