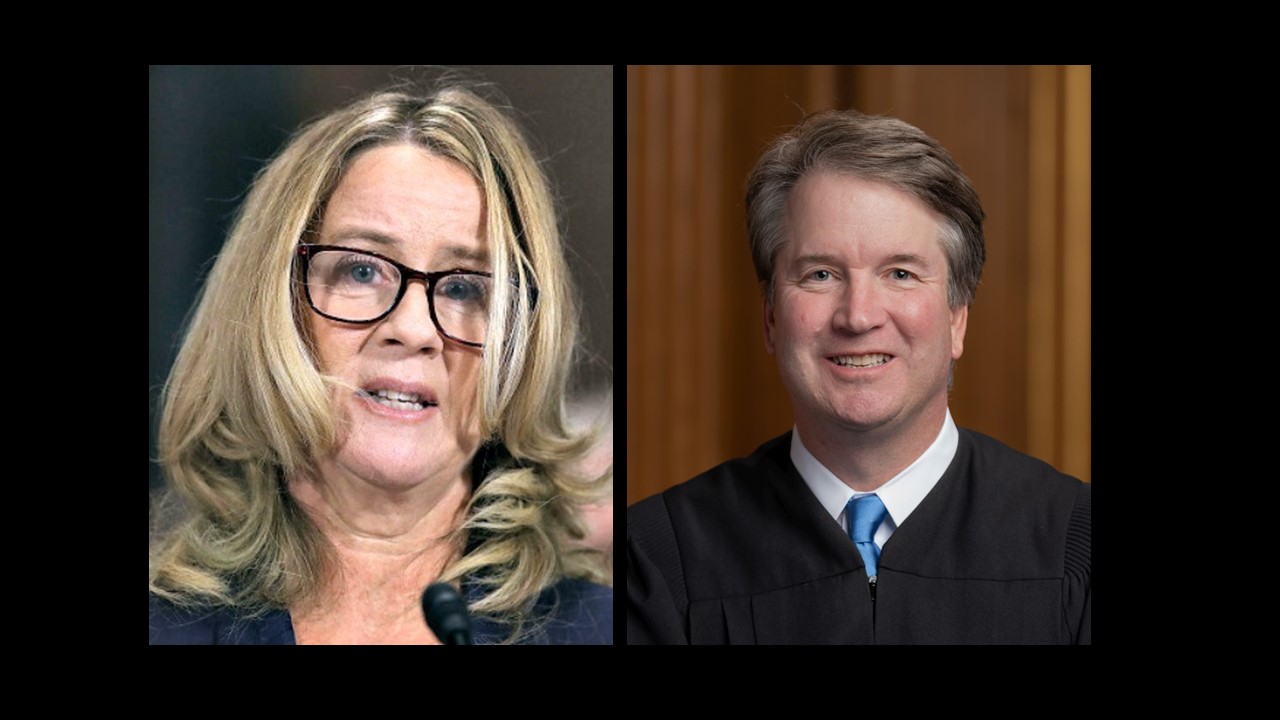 According to a story by NPR, the judges concluded that while the complaints against Kavanaugh are serious, there is no existing authority that allows lower court judges to investigate or discipline Supreme Court justices. That’s basically it.

Oh yeah, and they said that Kavanaugh was railing against Democrats and accused THEM of engaging in a liberal conspiracy as a sort-of payback for his role as a prosecutor in the Clinton investigations in the late 1990’s. Kavanaugh railed against Democrats? Seriously? Was NPR watching the same hearings I was watching?

You may remember the sh*t show last Fall where Senator Kamala “I Got My Political Start in Willie Brown’s Pants” Harris and Senator Cory “Spartacus” Booker were raking poor Brett Kavanaugh over the coals because a woman named Christine Blasey Ford accused Kavanaugh of sexually abusing her at a party “near the Country Club” more than 35 years ago. The NPR story makes no mention that Blasey Ford’s story kept changing and the date she claims the incident occurred was inconsistent with her therapist’s notes. The people she claimed were witnesses to the assault said they had no memory of the incident including Kavanaugh’s friend Mark Judge and Leland Keyser, the friend of Blasey Ford who has said under penalty of felony that she never met Brett Kavanaugh nor does she remember the party Blasey Ford described.

Interestingly, the NPR article mentions nothing about the allegations that Blasey Ford lobbed against Kavanaugh were found to be “lacking in credibility” by Rachel Mitchell, the sex-crimes prosecutor who questioned both Kavanaugh and Blasey Ford at the hearing.

The NPR article conveniently omits information that several other Kavanaugh accusers like Judy Munro-Leighton, Julie Swetnick and an unnamed person from Rhode Island have either recanted their stories or have been determined to have no credible evidence against Kavanaugh.

Nor does the NPR article connect the dots between Blasey Ford’s attorney, Michael Bromwich, who according to an article in Powerline just happened to also be the attorney for fired former FBI Acting Director Andrew McCabe!

And for good measure, the NPR article did not cover the fact that Blasey Ford, who famously delayed the Kavanaugh hearing with the excuse that she needed to drive across country because she is afraid to fly, traveled from her California residence to Rehoboth Beach, Delaware to the home of her best friend and former roommate, retired FBI special agent Monica McLean in July 2018. Powerline attributes the following facts to James Kuntsler of Clusterf*** Nation: Blasey Ford visited McLean on July 26th and spent four days at McLean’s home before sending a letter on July 30 to Senator Dianne Feinstein that started the whole Kavanaugh sh*t show. Kuntsler connected the dots on McLean. As an FBI special agent, McLean worked in the US Attorney’s office for the Southern District of New York under Preet Bharara (who was fired by President Donald Trump in April 2017), who had previously worked for Senate Minority Leader Chuck Schumer. Where was the mainstream media on this? Nothing to see here. Move along.

So, basically, what you’re going to hear from the left-wing news is partial truths. Yes, the 83 ethics complaints against Justice Brett Kavanaugh were dismissed, however, if they weren’t, then the whole ugly truth about the players behind this disgusting historical event might have been blown wide open for all the world to see.