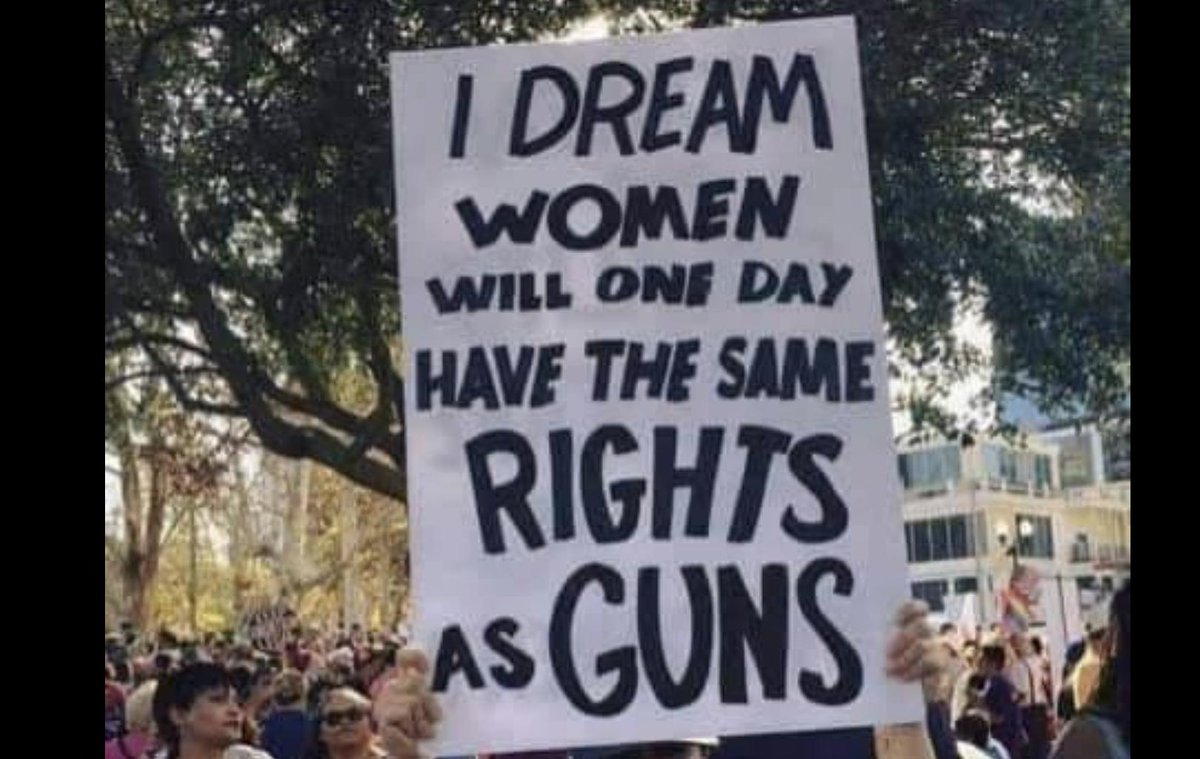 Did you know that guns have more rights than women?

Sure, Ed, that sounds like a swell dream.  Barring the fact that guns are objects and women are, as far as we Deplorable Housewives are aware, um, PEOPLE, yeah, your logic is just fantastic.

Unfortunately for you (but luckily for us), this ridiculous tweet brought out some great responses from people we have to assume aren’t actually paid to troll Twitter all day like yourself. (You really have to love it when the paid Twitter trolls get “owned” by just regular fun folks on Twitter.)

Women are not property Ed.

Well, Ed is part of the “Resistance” left, which is mainly Democrats and we all know which side of the Civil War they were on.  (Hint: it wasn’t the side promoting freedom and liberty for all Americans.)

There was a cult that basically tried to do this same thing – NXIVM. The leader is currently on trial for making sex slaves of his followers. (We’re pretty sure “Dark Methados” meant this sarcastically; at least we hope so…)

Too many questions about this proposal:
What would be the penalty for owning a woman with missing/scratched serial number?
for carrying what kinds of women would you need a concealed permit and can you keep them locked in regular closets or has to be a safe with encrypted lock?

“Missing/Scratched serial number” – interesting how that also ties in with the NXIVM cult.  They liked to tattoo their sex slaves, ahem, followers, too. (Ironically – or maybe not so much – the cult also set up an illegal campaign contribution scheme which benefited Hillary Clinton in ’08 to the tune of an estimated $30,000-60,000.)

Some of those points actually sound a little like certain countries where women aren’t allowed to drive, talk to men not of their family, have to cover every square inch of their bodies lest they “tempt” a man to rape them, which afterward the woman will be stoned to death unless she can find six male family members who witnessed the rape. Then if she does, she will probably die in an honor killing at the hands of the same family member.  Yeah, those same rights as guns sounds like a great deal for women.

She dreams women won’t be allowed inside of many public and private buildings and require permits to be taken outside, and in most states, must be concealed?

Sounds pretty Handsmaids to me.