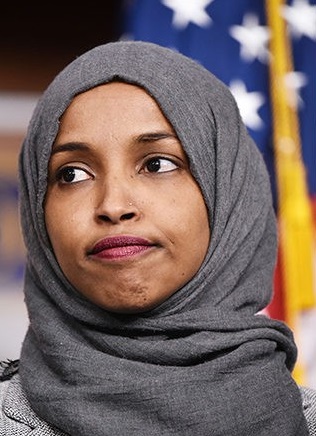 Every day when you get up and turn on the news, you hear the latest incendiary verbal bomb from Minnesota’s newest Congresswoman, Ilhan Omar.  Have you had enough of her yet, America?

The most recent anti-American diatribe to emanate from her hateful face-hole she calls a mouth occurred at a Council on American-Islamic Relations (CAIR) fundraiser last month where she referred to the tragic events of September 11, 2001 as “some people did something.” The “some people” were radical Islamic terrorists and the “something” was the death of 2,977 people in New York, Washington DC and Shanksville, Pennsylvania. 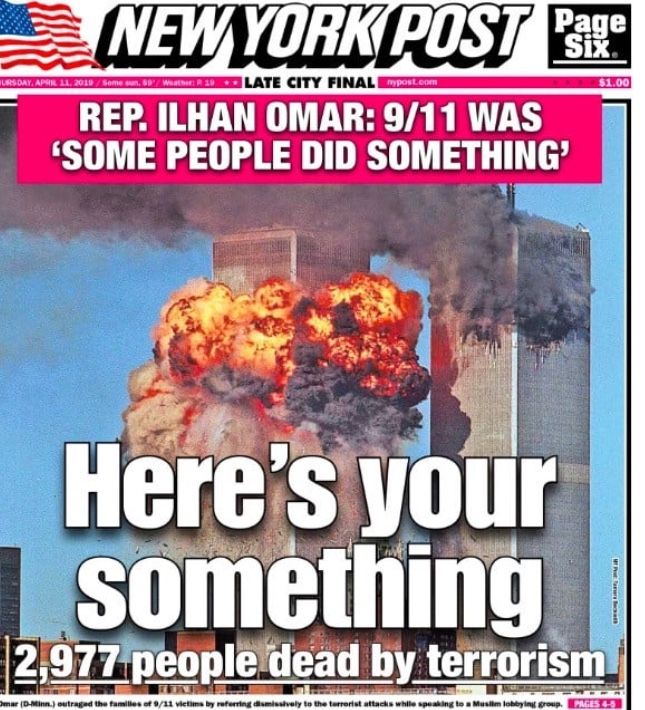 Omar is backed up by her “Pips”,  Rashida Tlaib (D-MI) and Alexandria Ocasio-Cortez (D-NY). Both Tlaib and Ocasio-Cortez quickly defended Omar’s offensive remarks. Speaking to MSNBC, Tlaib said the Minnesota Congresswoman’s words were “taken out of context”.

“They do that all the time, especially women of color, they take our words out of context because they’re afraid because we speak truth, we speak truth to power,” Tlaib told MSNBC. Adding insult to injury, Tlaib makes Omar out to be the victim and adds her own strawman argument about people physically attacking Omar.

“The fact that people are taking those words out of context and endangering the life of Rep. Omar is immoral, and it’s wrong and it needs to be called out by many colleagues in saying they need to stop, stop targeting her this way.”

As of now, there have been no reported threats against Omar for her anti-American, insensitive and flippant comments about the greatest attack on American soil since Pearl Harbor.

The other “Pip”, Ocasio-Cortez, called the backlash against Omar’s comments “politically motivated.” Ocasio-Cortez also played the “Omar is the victim card” by saying, “We are getting to the level where this is an incitement of violence against progressive women of color…”

The maddening part is that Omar isn’t worthy of serving in the United States House of Representatives, given her track record.

The saga started back in 2016, when Scott Johnson of Powerline first wrote about then Minnesota House District 60B candidate Ilhan Omar’s marriage to a man believed to be her biological brother.  Strong evidence eventually uncovered by Powerline, Alpha News and PJ Media indicated that Omar did marry her brother. When the story was finally picked up by the local Minneapolis-St. Paul media, Omar refused to answer the very simple question of “Did you marry your brother?” and diverted the narrative, saying, “I know deeply that the people of (Minnesota House) District 60B oppose Donald Trump-style misogyny, racism, anti-immigration rhetoric and Islamophobic division.”

Besides allegedly committing immigration fraud, student loan fraud and marriage fraud, Omar has racked up quite the resume: 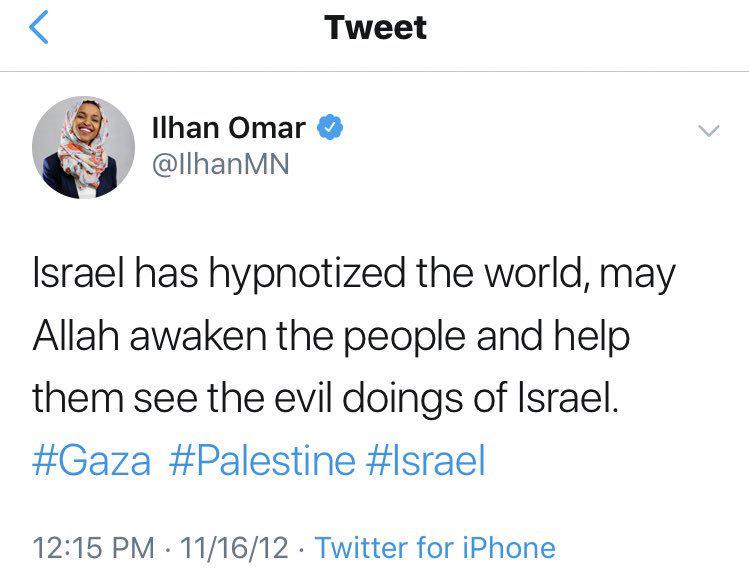 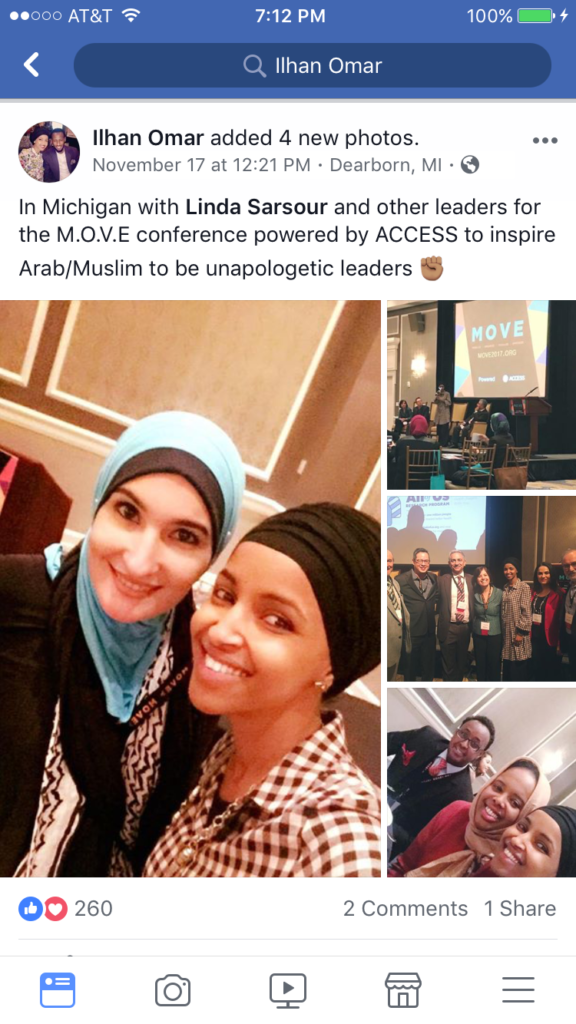 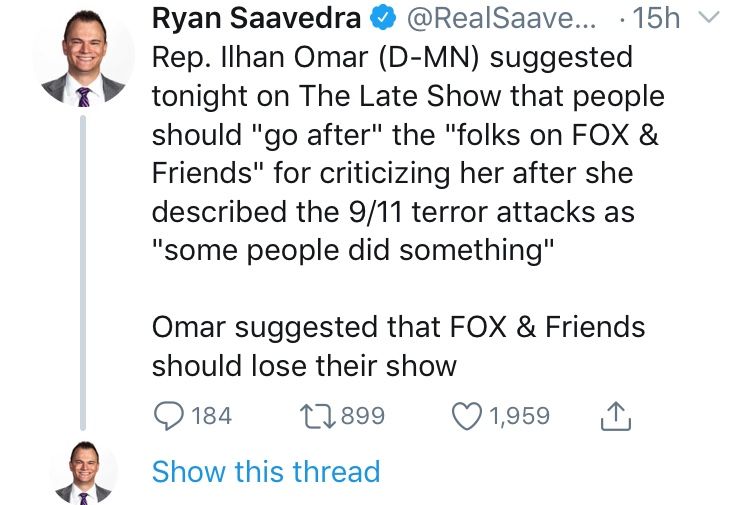 It is interesting that Omar would even want to serve in the United States House of Representatives.

Robert Reilly (a senior fellow at the American Foreign Policy Council and author of the book, “The Prospects and Perils of the Catholic-Muslim Dialogue”) quotes Surah 40 of the Quran in his book, which states, “Legislation is not but for Allah.”  Reilly writes, “This is in accord with the (Islamic) teaching that humans do not exercise sovereignty, but only God does. Therefore, humans have no authority to make laws.”

Then why is Omar serving in Congress if her faith says that humans do not have the authority to make laws?

What she definitely is doing in Congress is creating a lot of anger, chaos, distractions and upheaval and frankly, America is getting more and more disgusted by her and her antics by the day.