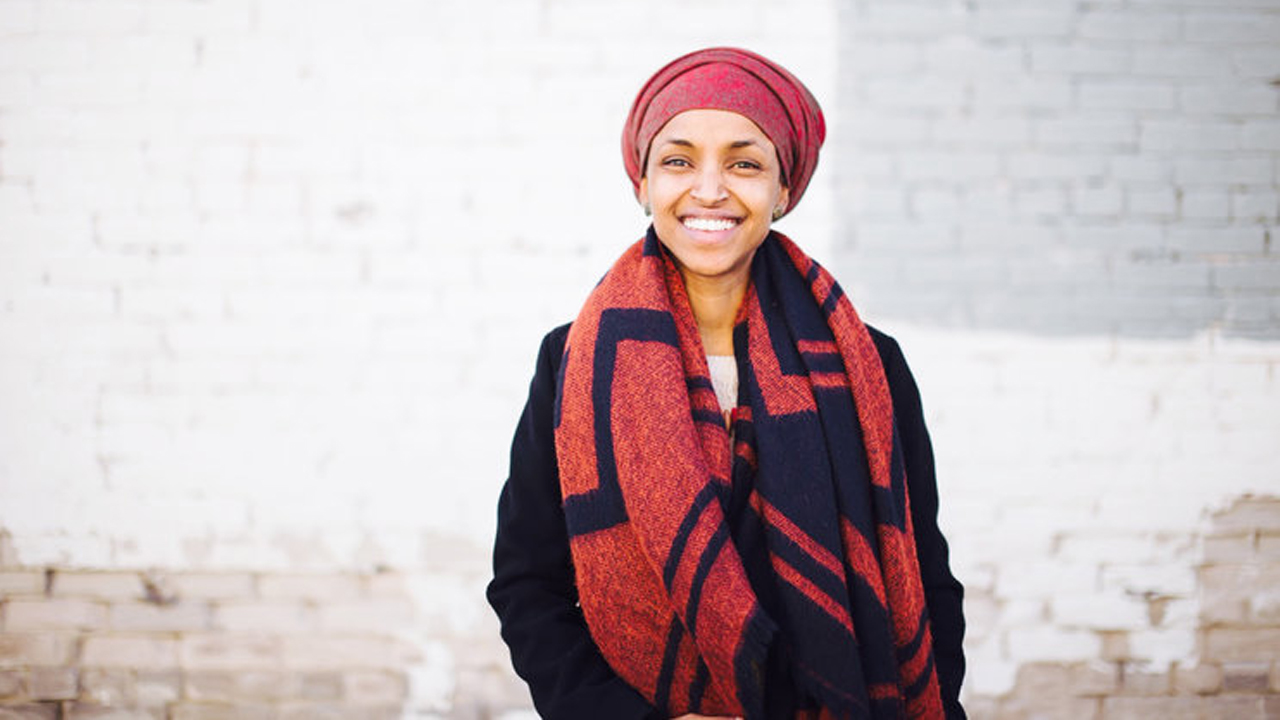 Minnesota’s newest congresswoman, Ilhan Omar, is a big old hypocrite when it comes to building walls.

Last week, Representative Loudmouth…I mean…Omar, spoke on the floor of the United States House of Representatives where she called the idea of a southern border wall “sinful” and “racist”.

“I join the similar calls made by my colleagues today, and I demand that the president end his temper tantrums and quest for a racist and sinful big wall,” Omar said. “And I demand that he work with us to reopen the government before any more damage is done. Enough is enough. The American people deserve better.”

Our President is threatening to shut down the southern border over funding for his $5,000,000,000 wall. Experts say doing so would cost our economy hundreds of millions of dollars a day, maybe over a billion.

This isn’t leadership, it’s the world’s most expensive temper tantrum.

Not only has Omar denounced the border wall on Capitol Hill, but she has been incessantly tweeting about it, disrespectfully calling the President of the United States of America a liar. She went so far as to even mock Vice President Mike Pence and all Christians by Tweeting “Jesus take the wheel! #BorderWall”, but because she is a special type of non-Christian, she gets a pass at that nasty swipe.

We, at The Deplorable Housewives of the Midwest, would like to ask Rep. Omar if she feels that the taxpayer funded wall that is currently going up around a housing project in Cedar-Riverside – which is in her congressional district – is also “racist” and “sinful”?

The facts don’t lie, but Trump does.

Our dear readers may remember the article we wrote in August called “A ‘No-Go’ Area in Minneapolis?”  Local newspapers reported that four public housing buildings within the Cedar-Riverside neighborhood were getting a 6-foot high fence complete with key-fob access as well as 17 security cameras for a grand total of $825,000 of Minnesota taxpayer’s money. The nearly eight-acre apartment campus has 539 residential units in the four high-rise buildings that make up the Cedar High Apartment complex, located at 1611 and 1627 South 6th Street and 620 and 630 Cedar Avenue South. The residents are primarily Somali-Americans.

Residents of the apartment complex complained that “it’s been too easy for intruders to enter their community and hurt and steal from them” as the reason for building this particular wall.

This sounds very familiar! The reason President Trump promised to build the wall is because it’s been too easy for intruders to enter our communities and hurt and steal from Americans! Democrats don’t remember Kate Steinle, Officer Ronil Singh and Pierce Corcoran. They are a few of the innocent American citizens who were killed by people here illegally in our country. (In fact, sadly, you can find a very long list of Americans whose lives were cut short by people who were in our country illegally here.)

So, then, based on Rep. Omar’s logic, the Somali-American residents of the Cedar High Apartments must also be “racist” and “sinful” for wanting a wall built around their complex?

I’m sure that Omar hasn’t even realized the depths of her hypocrisy yet. A wall in Cedar-Riverside is perfectly fine in order to keep Somali-Americans safe. A wall at the Southern Border to keep all Americans safe is racist.

Maybe its because Omar is just too busy parroting House Speaker Nancy Pelosi who said in a December press conference, “…most of us, speaking for myself, consider the wall immoral, ineffective, expensive and the president said he promised it. He also promised Mexico would pay for it. So, even if they did, it’s immoral still.”

The only thing the Democrats consider immoral is that they won’t be able to get more ill-gotten votes in elections by illegals voting illegally with a wall in place. Democrats conveniently forget only United States citizens can vote in Federal, State and most local elections. Lawful Permanent Residents (green card holders) are not eligible to vote until they become naturalized U.S. citizens. But those pesky U.S. laws never seem to stop Democrats, ever.

Speaker Pelosi famously said Trump’s call to build the border wall was a “manufactured crisis” earlier this month. According to a recent article in Conservative Review, there are over 2,000 illegal alien murder suspects (most of them convictions) apprehended by ICE almost every year. A border wall would drastically reduce the number of people who come into the United States illegally. And if we didn’t have sanctuary states, the murder suspects who illegally enter our country would be apprehended right away after committing their first crimes, which are crimes that often subsequently lead to murder.

So, Rep. Omar, we are waiting for you to call the people in your own district “sinful” and “racist” for wanting a wall to protect themselves, just like President Trump wants to protect all of us. I’m sure we will be waiting forever.