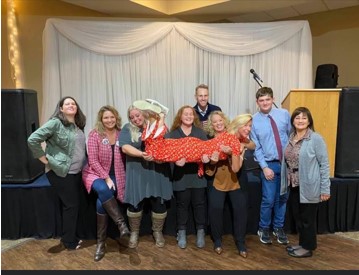 “In 2020, the bravest of us will continue to take a battering for the silent majority in the hopes that others may find moral courage to speak the truth” Katie Hopkins

I have always admired Katie Hopkins. She’s a fighter who perseveres no matter the circumstances. She never gives up and never gives in. Moral courage is her forte. 2020 has been the year of control and when I met her, I realized that the vast majority of us simply refuse to be controlled. COVID-19 has been the marionette strings used to control the masses. The globalists have used it to their advantage to take away everything we used to know. This cultural revolution is meant to usher in the new by ridding us of the four olds; old traditions, old thoughts, old habits and old customs. It’s the Maoist way and now it’s being used to destroy Western culture. No Halloween, no Thanksgiving, no hugs, no birthday parties, no weddings, no funerals and the list goes on. Take a look, America, this is where we are headed. Just like Mao, our governors in Democrat run states have used punitive and public shaming to control the masses.

I had the honor of being invited to a private dinner with Katie Hopkins last week. During dinner, Katie told us how unpleasant is to fly on major airlines. Customer service is gone. Sit in your seat with your mask on and we might allow you a bland cracker and a glass of water. If you are not happy about it, you are no longer welcome to fly the friendly skies. If your kids can’t handle the face diaper, expect to be given the boot. The old ways are gone. Be happy with the new way; the Maoist way.

It’s amazing how fast the Western world fell. Health care is no longer about health, freedom of speech is ok as long as it’s the “right” speech. Wrong speech will get you banned from Facebook, Twitter and a host of other Leftist controlled social media sites. A woman with a mind of her own is something that is no longer celebrated. A mind of your own will ensure you are kicked out of a grocery store, kicked out of a hospital or kicked off of a flight. Despite it all, Katie perseveres and thrives all while keeping her sense of humor. 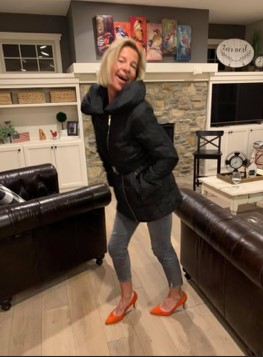 Katie warns that America should take care not to turn into the UK, where freedom of speech no longer exists for a certain group of people. She told us that in May of 2020, people across the UK were told to stand on their front porch at 8:00 pm and clap at the sky to say a nationwide thank you to National Health Service (NHS) staff who helped stop the spread of coronavirus. The hysterical Karens of the UK, much like agents of the KGB, named and shamed those who missed the weekly clap for the caregivers tribute. God forbid if you fell asleep before 8:00 PM. Sky News reported that a mother who fell asleep after a particularly rough night with her son was named and shamed by her neighbors on a public Facebook post. The post said that, “If I can’t spend a minute showing my appreciation, I don’t deserve to use the NHS if I or my family gets ill.”

Hopkins and her family have been harassed for her views on the Islamic takeover of areas in the UK and the new Cultural Revolution taking place across Europe. Because of her willingness to speak the truth regarding the Islamization of the West, she’s received death threats. White women and girls in the UK are falling prey to sexual assault, human trafficking and Muslim rape gangs. Tommy Robinson was imprisoned because he dared speak about the issue. Robinson’s activism brought down the fury of British and international media as well as the British Government.

Her tweets regarding the Islamic takeover and establishment of Sharia compliance at the expense of the rights of others were so powerful that she was reported to the authorities which prompted a visit to her home from social services to “checkup” on her kids. Nothing brings out the mama bear in us like threats to our family. Her life would have been easier had she just disappeared into the night, but that would be the cowards way out and Katie is no coward. She can take anything the Left throws at her and so can the rest of the deplorables.

Katie has been touring America to help get Trump re-elected. Trump isn’t just for America; he’s a global movement for those of us who proudly believe in nationalism and not globalism. She told us that 20 million people in the UK are with us and our fight for freedom and Trump IS the “freedom candidate”. She told us a story about a recent visit to Florida where she was walking barefoot along a road when pickup truck filled with joyful young people waving Trump flags drove by. We all understand the importance of this election. If American goes the way of Britain and France, the world will be a very dark place.

Dinner with Katie will remain a highlight in my life and I suspect that all of us in attendance feel the same way. 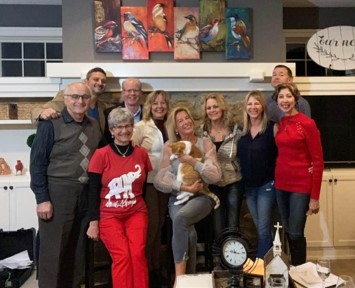 Please watch the entire interview of Katie Hopkins with MAGASOTA’s Michele Even. Listen to this beautiful woman and be filled with courage. Take heart because the Trump movement is never going away!