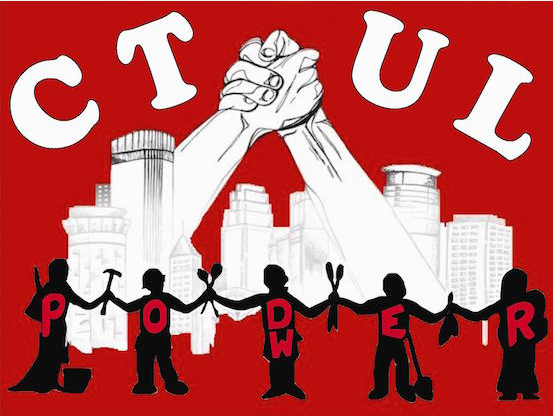 Minnesotans, you have been duped. The means to defraud you – the Legacy Fund also known as the Minnesota Arts and Cultural Heritage Amendment.

The landmark passage of Minnesota’s Arts and Cultural Heritage Amendment in 2008 was a surprise to the lobbyists and legislators who worked to gain its passage. Commonly known as the Legacy Fund, lobbyists used a laser-like focus on one key message in mass media and ads. The polling told them that clean water was the most popular element in the amendment so that’s how it was sold to Minnesotans. The “clean water” slogan was easy to push in a state whose inhabitants were mostly unaware of the federal and the state agencies who regulate the purity of their drinking water.  Hundreds of organizations, including the arts, came together pushing for “clean water”  because they could see how they would benefit from millions of dollars of dedicated funds.

According to an article by Executive Director of the Lake Region Arts Council, Maxine Adams, “When we heard the news on the morning of November 5 that the amendment had passed by a very respectable 56 percent, we were wildly elated. We all, the arts supporters, the environmentalists, hunters and anglers, had worked so long and so hard that we were pinching ourselves to be sure we weren’t dreaming.” Considering the amount of funding these groups receive without oversight, the passage of the amendment must have felt like they had won the lottery. The table below from the state indicates that the arts alone received over $31 million in 2017. 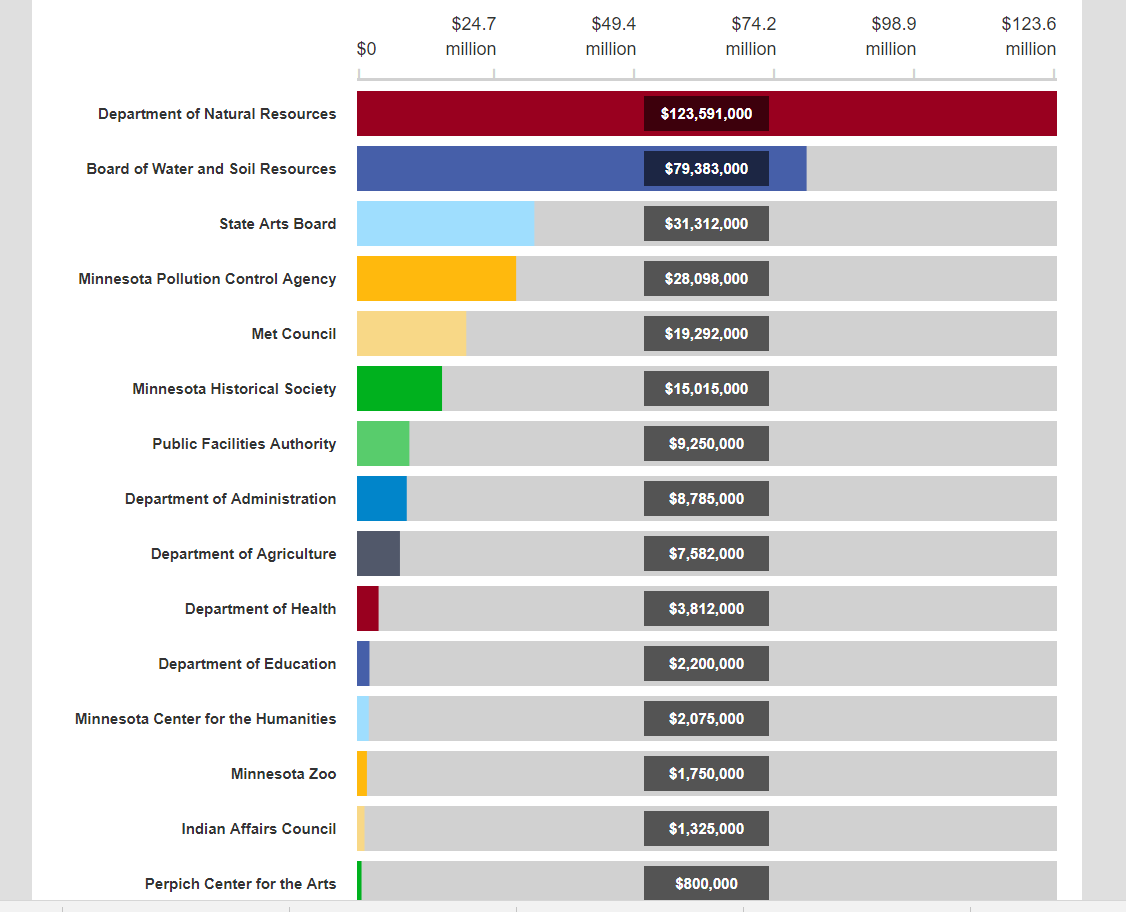 The dream for Ms. Adams, the Met Council and groups of artists throughout the state has become a nightmare for legislators and taxpayers who are beginning to question how this funding is used.

In May of 2011, children’s book author  Neil Gaiman was paid the exorbitant fee of $45,000, courtesy of MN taxpayers, for speaking at the Stilllwater Public Library.  Minnesota House Majority Leader, Matt Dean (R) who chaired the House Legacy Funding Division committee in 2011, was outraged by the fee calling Gaiman a “pencil-necked little weasel who stole $45,000 from the state of Minnesota.” Gaiman was allowed to keep his money and the library kept its funding. So much for oversight.

According to an article in the Pioneer Press, Michigan State University professor Elizabeth LaPensée, created an eco-terrorism, anti-pipeline video game that was paid for in part by Minnesota taxpayers through a $3,290 grant provided by the state Legacy Fund.  That’s right, MN taxpayers are funding professors in Michigan! The Arrowhead Regional Arts Council kicked in additional money to bring the total grant to $7,000. Thunderbird Strike, a PC-based game, lets users control a thunderbird and send lightning bolts to trucks, refineries and pipelines, which disappear when struck. Arrowhead Regional Arts Council Executive Director Drew Digby said the Duluth-based group “would not fund a project we believe would encourage violence,” and added that “it is not our job to judge the political content.” Obviously, the legislature needs to introduce a bill that would provide needed clarifications to Minnesota’s arts funding laws but so far legislators are only expressing their disappointment.

The legislature appropriated $334.9 million in 2017 for the Legacy Fund to a web of nonprofits and agencies, making it difficult for citizens and legislators to track.

According to the Minnesota State Arts Board, ” over the next twenty-five years, 3/8 of one percent of the state’s sales tax will be dedicated as follows:

The Minnesota State Arts Board funds eleven Regional Arts Councils. Region 11, known as the Metro Regional Arts Council (MRAC), includes the Counties: Anoka, Carver, Dakota, Hennepin, Ramsey, Scott, and Washington. On March 27, 2018 MRAC awarded $321,414 of Legacy Funds to 67 organizations/projects in the second round of its 2018 Community Arts grant program. Awards ranged from $5,000 to $10,000 and included many radical organizations that promote an agenda most Minnesotans would find appalling.

“In a post 9/11 America, flight attendant, Alex Khoury, a Palestinian who had left Israel to escape discrimination, mistrust, suspicion, and second-class existence, finds that he continues to be the target of such treatment in his newly adopted home.” 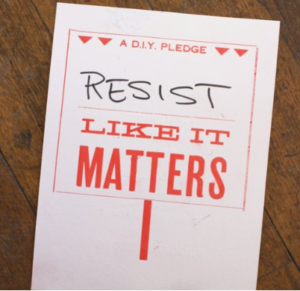 Other organizations receiving Legacy Fund grants through the MRAC include:

CTUL (Centro De Trabajadores Unidos En La Lucha) received a grant totaling $9,302. CTUL works to “transform the retail janitorial industry in the Twin Cities metro area.” Congressman Keith Ellison presented CTUL members with an award in June of 2018. The website goes on to state, “In today’s economy, the wealthiest 0.1% have placed the burdens and risks of the economy on poor and marginalized communities. The wealthiest 15 companies in Minnesota have accumulated over $1 trillion in assets. If one were to take just 10% of that wealth, one could double to wages of every single minimum wage worker in the state of Minnesota for 20 years. This has very real and violent consequences on our lives.”

Mizna received a grant totaling $10,000. 2018 marks the 70th anniversary of Palestinian dispossession and Mizna is highlighting Palestinian narratives and history with featured films, panels, and events. For this year’s student screening, they are showing 1948: Creation and Catastrophe, a documentary which tells the story of the establishment of Israel and the dispossession of Palestinians through the eyes of he people that lived it.

Queertopia received a grant totaling $5,000. Queertopia is an annual queer art project that takes place during Pride week. They are a “collectively run queer and gender-ungovernable art project that values decentering whiteness and toxic masculinity.”

Obviously, oversight and transparency of the distribution of $331.9 million in Legacy Funds is as much of a problem today as it was back in 2008 when the Amendment was passed. It took a lobbying and grassroots effort to pass the Amendment and it’s time to organize for its repeal.