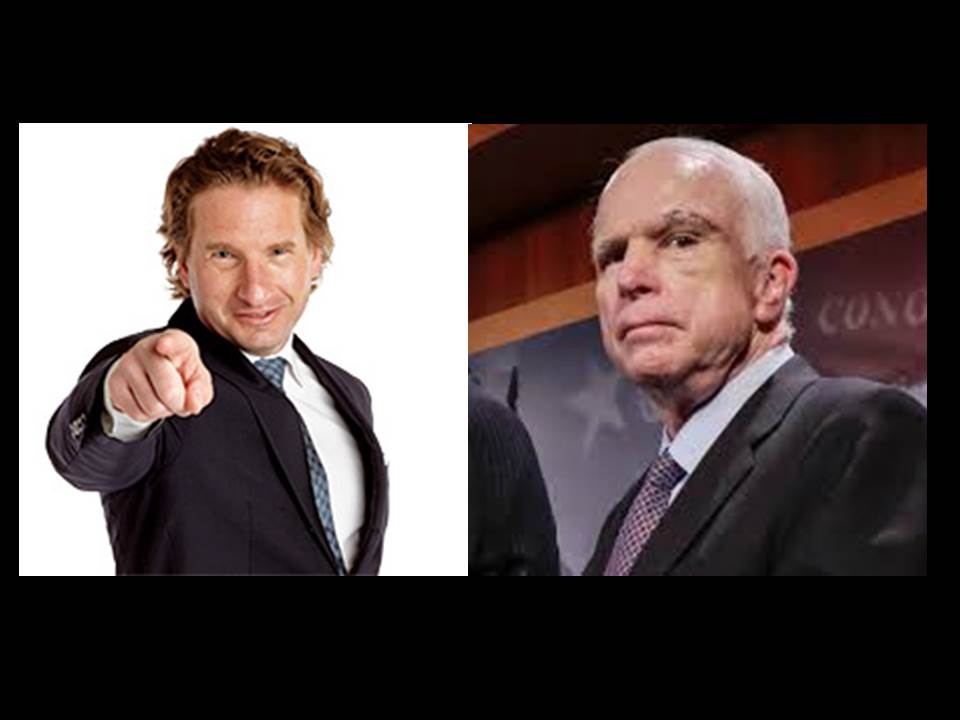 Earlier this week, a White House aide caused a firestorm in the media for apparently mocking Senator John McCain’s (R-AZ) illness during a closed-door strategy meeting because of McCain’s opposition to the nomination of Gina Haspel to lead the CIA.

McCain is suffering from a primary glioblastoma, which is an aggressive brain cancer.

White House Budget Chief Mick Mulvaney defended Sadler according to The Hill, saying that the real issue is that the “bad joke” was leaked to the press after the closed-door meeting. A source said Sadler later called Senator McCain’s daughter Meghan, to apologize for the remark, reports The Hill.

But while the mainstream media goes wild over the Sadler comment, a Minnesota Democrat has made questionable comments about McCain’s illness as well.  But because the comment was made by a member of a protected political party, the comment has been largely ignored.

Dean Phillips, the Democratic congressional candidate in Minnesota’s Third District was videotaped making a tasteless remark about republicans and McCain’s brain cancer in a YouTube video uploaded by the DC Statesman on November 9, 2017:

“I’ve been tweeting on occasion about saluting (Senator) Bob Corker (R-TN) and John McCain, you know, and (Senator) Jeff Flake (R-AZ).  They are men who have shown a little bit of courage speaking the truth to their own party. But it shouldn’t take brain cancer and retirement from the senate to do so,” Phillips said in the video.

Phillips, a businessman and heir to the Phillips Distilling fortune, is challenging incumbent Republican Congressman Erik Paulsen. According to his biography, Phillips grew up in Edina and is the grandson of famed advice columnist Abigail Van Buren – better known as “Dear Abby”.  He attended Blake during high school and holds a bachelors degree in Urban Sciences from Brown University.  He worked at his family’s liquor company, Phillips Distilling, eventually leaving the family business to run Talenti Gelato, a company he invested in with his business partners. Politically, Phillips is one of Minnesota’s biggest bundlers for Hillary Clinton, according to the website “Open Secrets”, bundling over $400,000 for the failed presidential candidate.