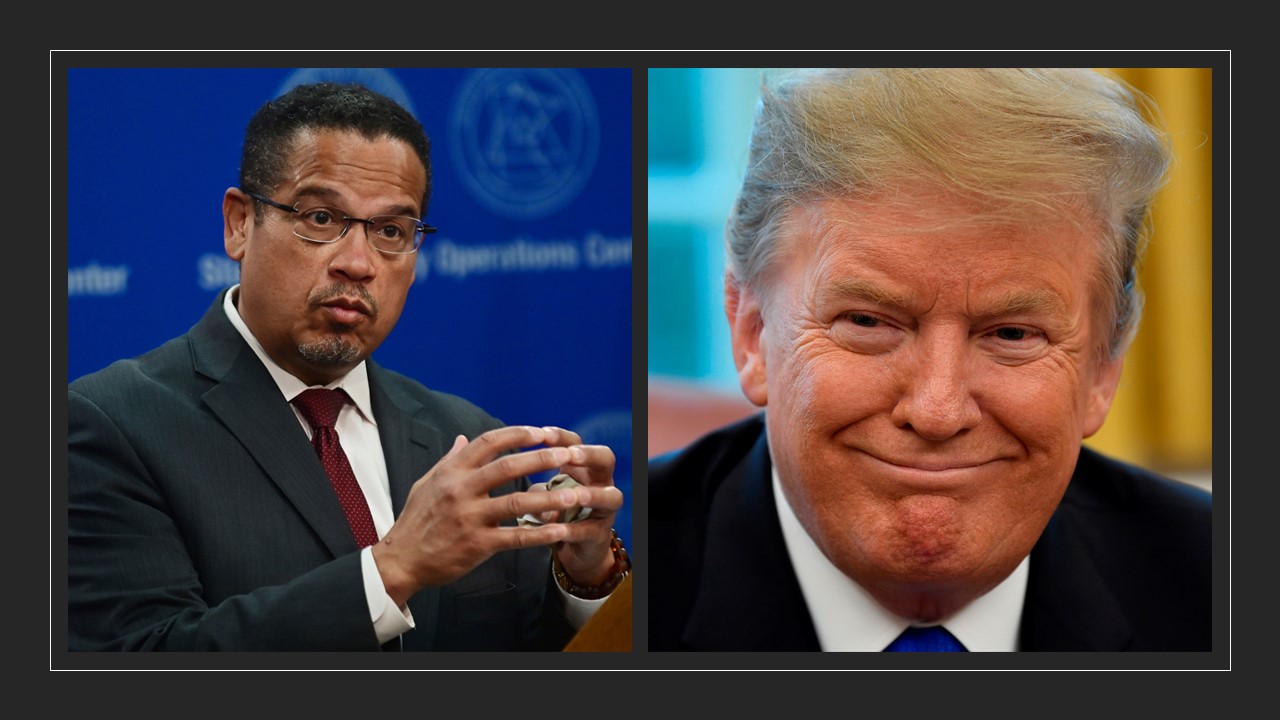 President Donald J. Trump was scheduled to hold another big rally in Minnesota today in Rochester, but thanks to tyrannical Democrats Governor Tim Walz and Attorney General Keith Ellison, it has been cancelled and is now an “invitation only” event where only 250 people will be allowed to attend.

Using “Covid-19” as an excuse, Walz and Ellison are clamping down on Trump supporters who want to rally for the President who has done so much to improve the lives of Americans in his first 3 1/2 years in office. Minnesota Republican Party Chairwoman Jennifer Carnahan has accused Walz and Ellison of “playing games with the campaign and denying people’s free right to go and hear from their president four days from the election…We do not live in a world run by tyrannical power leaders.”

Yes, you do, if you live in Minnesota.

Democrat Presidential candidate Joe Biden is also supposed to be in Minnesota today in St. Paul for what his campaign is calling a “drive-by rally”. Biden’s rallies have been poorly attended throughout this election season. He has been known to make gaffes and forgets what office he is running for. On top of the anemic attendance at his rallies, Biden has been embroiled in a scandal of monumental proportions where his son Hunter’s former business partner has publicly come out and said that Biden has sold his name and influence to foreign entities to enrich his family by the millions. Yet, no mainstream media will report on this gargantuan sized story about the Biden Family’s corruption.

The Trump rally was supposed to be held at the Rochester airport today at 5PM. According to MPR News, Rochester Mayor Kim Norton said the city had been in negotiations with the Trump campaign to sign a contract to adhere to the 250-person limit at the airport. Norton said she learned that the campaign was then looking for a venue that would hold a larger crowd. The venue was then moved to Dodge Center to McNeilus Steel, where approximately 25,000 people were expected to attend. The event was then moved back to the Rochester Airport where it was announced that the rally would be limited to 250 people on a first come-first serve basis.

President Trump has held rallies in Minnesota before with no problem. Most recently, he was in Bemidji in September 18 with no cap on attendance. Biden was also in Minnesota on the same day, giving a rally in Hermantown, which was open to only a few journalists. Democratic turn-out in the area was “subpar” for Hillary Clinton in 2016 according to WCCO-TV.

This is not the first time that AG Ellison has gone after Trump supporters. On October 13, the president’s son, Eric Trump came to Northfield, Minnesota to hold a rally on a private family farm. Ellison’s office sent out a request to the owners of Felton Farms for a written COVID-19 preparedness plan for the rally. Carnahan tweeted that Ellison didn’t ask for a “plan” from those who gathered to loot and violently protest throughout the streets of Minneapolis this past summer.

Walz and Ellison must be scared that for the first time since 1972, Minnesota will elect a Republican president. After all, Trump lost the state to Hillary Clinton in 2016 by only 44,593 votes. With a befuddled and corrupt opponent, this year, Donald Trump is within striking distance of winning Minnesota.