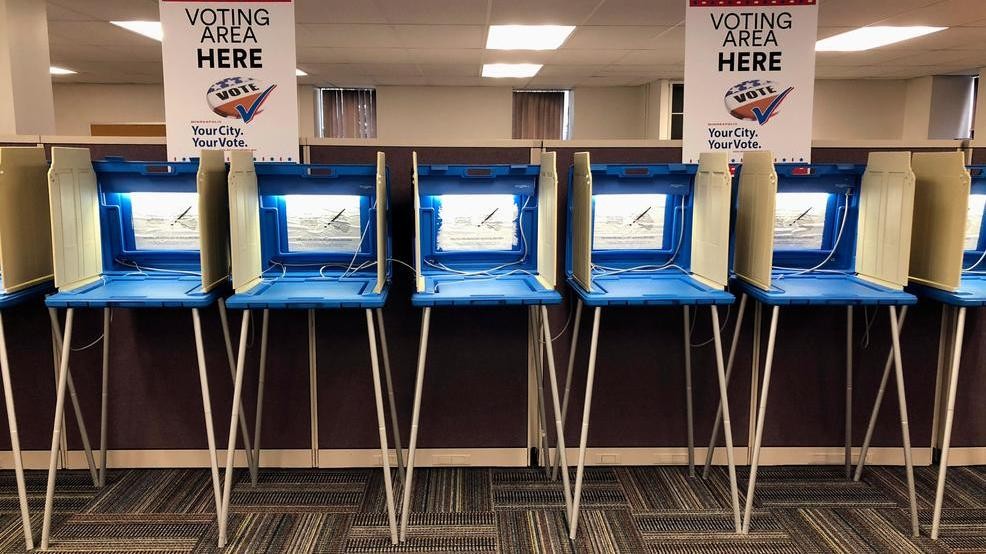 On October 31, 2020, Minnesota resident John Stoebe thought he would get a jump on voting during this busy election season. Little did he know that after waiting 90 minutes on line, the voting machines were not working.

Stoebe said he arrived at Bloomington, Minnesota City Hall around 10:45 in the morning, and already there was a long line.  He said there were a few election officials, wearing masks, instructing voters where to go.

Stoebe said he was given an “absentee ballot application” which he was told to fill out while he waited on the line. He was also given a clipboard and a pen and said he was only instructed to hold onto the pen during the entire voting process.

While Stoebe waited, workers walked up and down the line to collect the clipboards.

After waiting an hour-and-a-half on line, Stoebe finally reached a table where three people were sitting at desks behind a plexiglass window with stacks of paper sitting next to them. Stoebe went up to one of the three, where he handed in his absentee ballot application. He saw the worker write his name on an envelope along with the last four digits of his Social Security Number. The worker handed Stoebe a ballot, along with the envelope. He thought that was strange. Why was he given an envelope in addition to his ballot? He was instructed to go wait on another queue outside the voting room. Stoebe said he could see the voting booths inside the room and while waiting to enter the room, he encountered an election judge who he personally knew. Stoebe started speaking with this election judge who told him the machines were down all over the state and that instead of putting the marked ballots into a voting machine, filled-out ballots would be collected in boxes instead.

Frustrated and angry, Stoebe asked to speak to another election judge. A female election judge then approached Stoebe. According to Stoebe, she was not wearing a name tag, and she became belligerent once he started asking her questions. Stoebe said she would not answer any of his questions, especially as to why no one in line was informed that the ballot machines were down. Stoebe also asked where would his ballot be going? He also asked if he didn’t get to vote absentee, why couldn’t he vote on Election Day? She refused to answer any of his questions. Stoebe said he then proceeded to inform everyone on line that the machines were down and that their ballots were going into a box instead of into a machine. He said once he told other people waiting on the line that the machines were down, many people left.

The election judge then called the police on Stoebe.

Stoebe said, “The election judge told me that I was a danger and that I was creating a disturbance.” The police arrived and listened to Stoebe’s side of the story. The police agreed that Stoebe should have been informed by the election workers that the machines were not working before he was handed an absentee ballot.

After speaking with the police, Stoebe was able to go to another election judge who verified that he was not counted as an absentee voter. Stoebe said, “This election judge said they had no record of me voting absentee since their computers were down.”

Stoebe said, “Afterward, I stood and watched three people enter the building. When the election judge greeted them, he told them where to go, what line to get in, etc., but still neglected to inform them the machines were down. After the interaction the judges just had with me, I was shocked by that. I approached the male election judge named John, and said, ‘You didn’t tell them the machines were down!’ He refused to even acknowledge me. He just turned around.”

This story does have a happy ending. Stoebe did get to vote on Election Day. He said he reached out to FOX 9 News in Minneapolis to tell his story, but he never heard back. Stoebe also contacted the Minnesota Voters Alliance (MVA), the Trump Campaign and Project Veritas to tell them his story about what he encountered at the Bloomington City Hall on October 31, 2020.

We reached out to the City of Bloomington to ask them why people on the line were not informed about the voting machines being down. A staff member told The Deplorable Housewives of the Midwest, “We did have a staff person going multiple times up and down the line explaining that they couldn’t put it (the ballot) into the machine but that it would be going into the machine at a central count in the next day or so.” We asked the city employee why, then, would voters claim they were not informed. She said, “I know there was a staff member going up and down explaining, but I don’t know if everybody could hear.”

Stoebe said he did not see or hear anyone go up and down during the entire 90 minutes he was standing in line.

Minnesota has a reputation for voter fraud, thanks to the infamous 2008 Franken vs. Coleman race for the United States Senate. The morning after the election, incumbent Senator Norm Coleman, a Republican led “comedian” Democrat Al Franken by 725 votes. Throughout that election, caches of new Al Franken ballots were mysteriously discovered on a regular basis. After all was said and done, Franken “won” by 312 votes.  Franken’s attorney during this time was Marc Elias. Elias is the notorious chairman of the Perkins Coie Political Law Group. If Perkins Coie sounds familiar, it is because that’s the firm that hired Fusion GPS, who compiled the fake Trump Russian dossier. See how this works?

The fraud doesn’t stop there. The Deplorable Housewives of the Midwest reported that in 2014, more than 140 people used 419 Cedar Avenue South in Minneapolis as their home address when they registered to vote. Former Minnesota State Representative Phyllis Kahn, (MN-60B), a democrat, received information that hundreds of people were registering to vote using addresses that were fraudulent in her district.

Minnesota Voters Alliance Executive Director Andy Cilek said when asked about the machines being down on October 31, “I question on whether this was just a glitch.”

We question it too.

With early voting and absentee voting, and “vouching” – where a registered voter in Minnesota can vouch for up to eight people – Minnesota elections are now open for any kind of fraud. Judicial Watch recently released a September 2020 study that revealed 353 U.S. counties had 1.8 million more registered voters than eligible voting-age citizens.

Add in to the mix Minnesota was one of the States involved in the infamous Secretary of State Project, which was formed by liberal activists in 2006 to put Democrats in charge of state election offices, where key decisions often are made in close races on which ballots are counted and which are not. 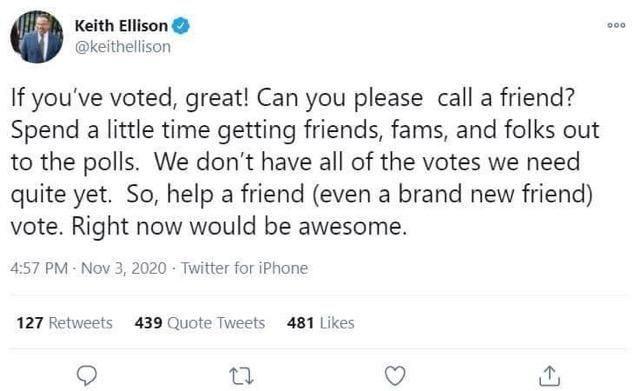 Stoebe said, “Why didn’t the election officials tell us that the machines were down? My dad served in the Armed Forces. Elections are one of the last bastions of freedom and liberty. I feel that I have to speak up, tell my story and say something to preserve election integrity and our Constitutional Republic. This did not feel right to me.”

If you experienced any strange or questionable events at the polls this election season, please tell us about it at [email protected]