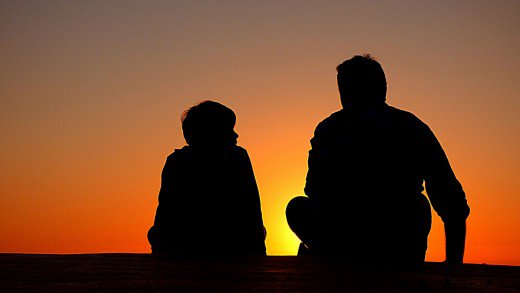 Minnesota father Brenton Netz is fighting to save his autistic 10-year-old son Miles from transitioning into a girl.

According to Netz, Miles’ mother has been making the child live as a girl for the last seven years.

Netz’s story is similar to the James Younger case in Texas, where the father of a seven year old biological boy has gone to court to stop the mother from beginning hormone replacement therapy to transition the boy into a female. The Younger case has made national headlines. Even Texas Governor Greg Abbott has weighed in on the controversy.

Netz spoke to The Deplorable Housewives of the Midwest about the uphill battle he is facing to stop his son’s mother from forcing the child to undergo transgender counseling, giving him puberty blockers and forcing him to live as a girl.

Netz said, “My son’s mother, her name is Sarah, has been difficult from the start. I’d say he was probably three months old when she decided she was going to make it difficult or impossible for me to be an active father in my son’s life. She has used the family court system to her advantage. She now uses the education system and the medical system. Its kind of endless in how weaponized these institutions can be.”

Netz said when Miles was three years old, his mother began to treat him like a girl.

“Miles was diagnosed officially with autism by age four,” Netz said. Because of Miles’ autism, Netz said his son is highly impressionable and said that autistic people tend to be obsessive and have obsessive personalities and want to please their parents.

“Sarah started treating him as a girl, grew his hair long and started to direct him to dolls and Disney princesses,” Netz said. At first, Netz said he went along with it, thinking that Miles would grow out of it, but he said it began to get progressively worse by age six. When Miles was seven, he told his father that his mother had him wearing dresses and he was being told by his mother not to tell his father.

A few days after Miles confided in his father, Netz went up to the front door of Miles’ mother’s house to drop something off and looked through the window and saw Miles laying on the couch wearing lingerie. Netz said he banged on the door and asked the mother what was going on. Netz said Sarah was already coached on what to say. “Now, Brenton, this is what Miles wants. He’s going to go by Miley now.” Netz said he was appalled and told Sarah he was not going to treat Miles like a girl during his visits.

Netz said that Sarah then threatened him, “If you don’t affirm Miley as his new gender, then you can’t have him for your visitation.”

Netz said that he hasn’t seen Miles in almost three years but very much wants to be a part of his son’s life.

Netz said he discovered that Miles’ mother was taking him to the Gender and Sexuality Clinic at CentraCare. Netz petitioned to get session notes, which they would not give to him. “They took the angle that my son had privacy rights and that I wasn’t allowed or even Sarah wasn’t allowed to know them,” he said.

“It is blatantly obvious that they (the clinic) are trying to do all this in secret in every way, not just on a personal level with my son, but in the general big picture of this trans-child epidemic,” Netz said.

Netz tried to take matters into his own hands by personally petitioning the family court system. He said he went to court asking to enforce his established parental authority. He said he thought he had a good chance of stopping Sarah from feminizing his son, however, he said that the family courts are completely in support of transgendering children. “The judge at my hearing called me a bigot, he told me I don’t understand this issue, that the child was suicidal, which was not true,” Netz said. “The judge said if I say one more word, I’d be held in contempt of court and I’d get 30 days in jail. I am only allowed to be informed of what Sarah decides to do. I have no authority or consent giving permission.”

Netz is attempting to get the word out about his fight to save his son. He is putting together a social media campaign and has reached out to people to help him break through what he calls the “media blockade” to bring awareness to Miles’ story. He also said he has been having some trouble finding legal representation who understands this case and wants to take it on at an affordable rate.

In an attempt to bring more awareness to his case, Netz started a YouTube channel called, “Save Miles“. In addition, Netz started a social media presence on all major platforms like Twitter, Instagram, YouTube and created a website. He has been posting videos he feels are relevant to the case. Two of the videos Netz posted are of Miles recording himself on his mother’s tablet in the middle of the night, which sheds a light into the life in which Miles is currently living. Netz calls these videos “disturbing”.

“He is in an absolutely terrible situation where, in my opinion, he is either going to hurt himself, he’s going to hurt another child or hurt his mother. His mother has drunk the transchild Kool-Aid, and when we notified her of these videos, she only said, ‘Miley is a happy, healthy little girl’ and then she hung up on me.”

Netz is convinced his son is being brainwashed by both CentraCare’s gender clinic and by his mother into believing he is transgender. Netz was informed by CentraCare that Miles has reached “stage 2” on the Tanner Scale of Sexual Maturity, which means he is ready for puberty blockers.

Netz said he has been making a ruckus with CentraCare, so much so, that they told him that he can no longer call them and that he has to correspond with them through their attorneys. Netz told us that his objections to administering puberty blockers to his son can be overridden by CentraCare’s Gender Clinic.

He expressed concerns about his son’s CentraCare therapist. Netz says the therapist is a man who is married to another man and is a licensed family and marriage therapist specializing in LGBTQ behavioral health care. “On his website, he calls himself a non-binary male. His preferred pronouns are ‘them’, ‘their’ and ‘they,'” he said. Netz said his son is now referring to himself with the same pronouns.

“In my opinion, part of this process is to inflict mental illness on to the child. It’s kind of like an induced schizophrenia in a way where the child isn’t able to form a proper identity, and then they have their reason to medicate the highly medicated child.” Netz said Miles is on four different medications and is now morbidly obese.

“I do not believe that my son is transgender,” Netz said on his Go-Fund-Me page. “I can not let this happen. My son is only 10-years-old. He has been ensnared in a gender dysmorphic culture that disproportionately affects children with autism, like Miles, due to their highly impressionable and obsessive personalities.”

Netz said this has been an overwhelming challenge for him, but he believes he still can save his son. “I thought I was the only father in America going through this. I didn’t know that there was thousands of other parents of different forms going through this as well. Over the past few months, I was made aware that this was not just me and that there are many people fighting this.”

Netz said his goal is to get enough attention brought to Miles’ case that the family courts can’t just dismiss him and will have to address the real issues. He also said he is hoping to bring awareness to other parents who are going through the same thing and educate the public on this issue. Although he feels that this case is insurmountable, Netz is moving forward and hoping that he gets a break to save his son.

Let’s hope and pray he does.