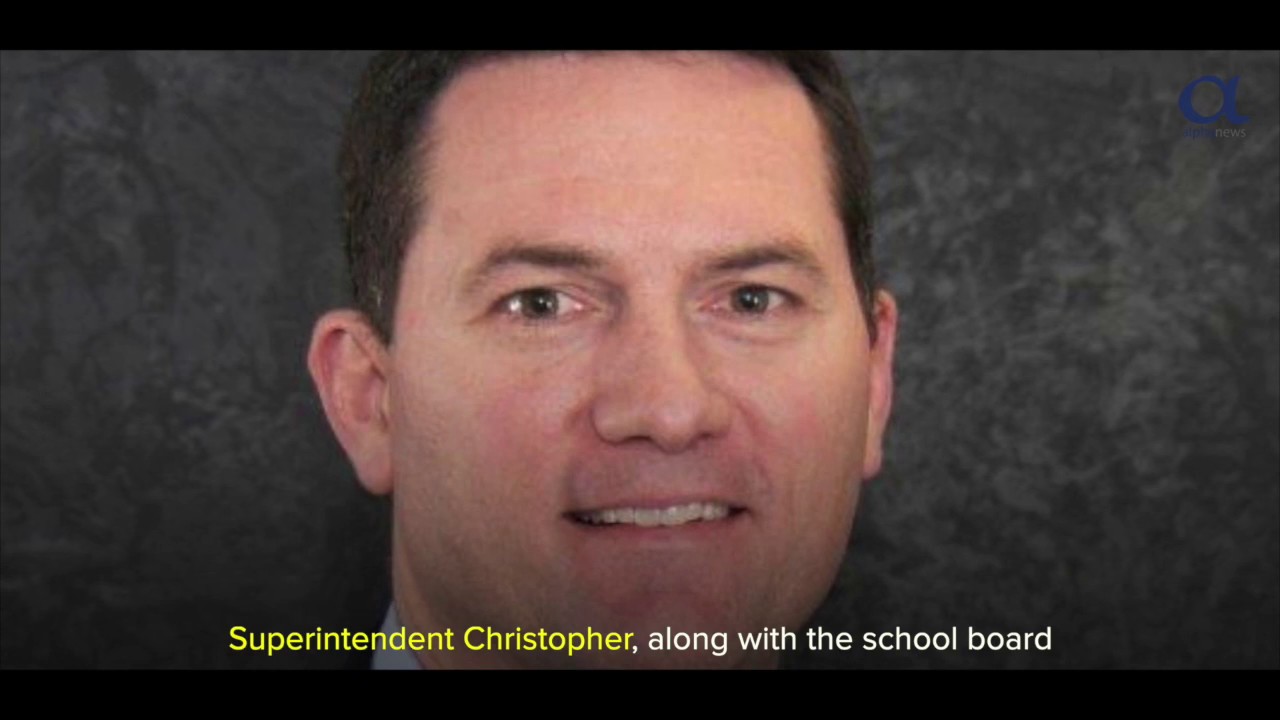 Clint Christopher, the controversial superintendent of Eastern Carver County Schools in Minnesota who was responsible for hiring an anti-Semitic equity survey company for the district will be resigning at the end of the school year.

Eastern Carver School Board chair Jeff Ross publicly announced Christopher’s resignation at the January 27, 2020 school board meeting. Ross said, “Superintendent Clint Christopher has accepted a superintendent position in the Muscatine school district in Iowa with a start date of July 1. As a board, we are very sorry to see him go.” Ross explained Christopher’s decision to leave was a personal one to move closer to his family in Iowa.

Christopher has been the Eastern Carver County School District’s superintendent since July 2017 and it has been a bumpy ride.

After a series of racial incidents occurred in Chaska schools, Eastern Carver County Schools hired Dr. Muhammad Khalifa’s Ajusted Equity Solutions to conduct an equity survey of the district. Surveys were sent to administration, staff, parents and students at the end of the 2018-19 school year. Parents who read through the survey were extremely concerned about the racially charged and extremely personal questions asked on the survey. They were also concerned about the Ajusted employee who sent the surveys to them.

An employee named Sherief Elabaddy sent the surveys to the district on behalf of Ajusted Equity Solutions. Some parents did not recognize Elabaddy’s name as a member of the school district and decided to research who he was. As The Deplorable Housewives of the Midwest reported in June 2019, parents found Elabaddy’s social media pages were rife with anti-Semitic posts and they grew alarmed. Further investigation into Ajusted Equity Solutions found that Elabaddy’s was an anti-Trump activist who led a protest against President Trump at the Minneapolis St. Paul airport in 2017 alongside then-Minnesota state representative Ilhan Omar. 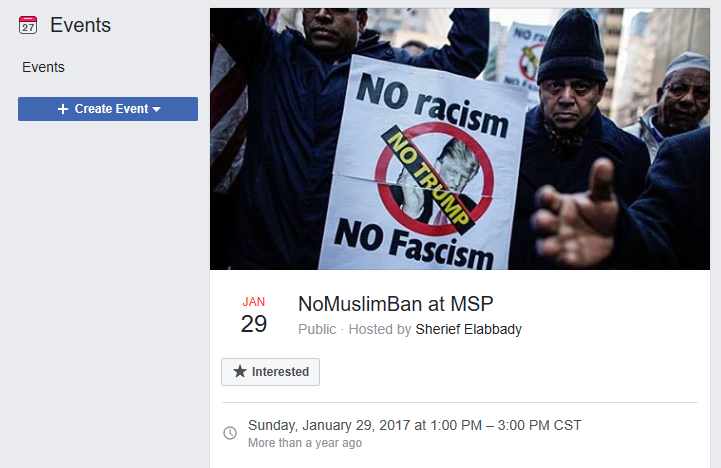 Upon the publication of the Deplorable Housewives’ article, Elabaddy scrubbed his social media posts and changed his name to “Abu Maryam” on Facebook. We had emailed Superintendent Christopher and asked if he had concerns about an anti-Semitic company conducting equity surveys in his school district. Christopher’s response did not even answer our question. He said, “Dr. Khalifa is a nationally-recognized as an expert in this field and we are confident that the results he provides will benefit all Eastern Carver County Students.”

Despite parents’ concerns, Eastern Carver County Schools had Ajusted Equity Solutions conduct the equity survey. Not surprisingly, only 14% of parents responded to the survey. 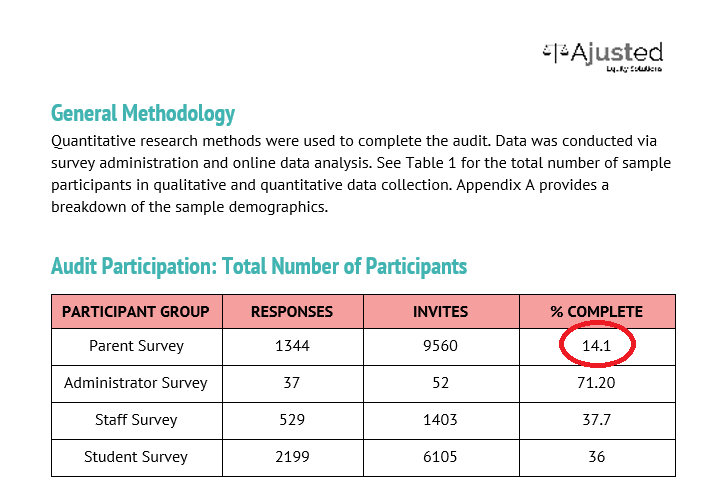 Given the anti-Semitic social media postings of the employee of the survey company, Eastern Carver County parents wanted to know who Dr. Muhammad Khalifa was. They Googled his name and found a white paper he authored called “Islamophobia and Christian Privilege” where he wrote about empowering Muslim student identities. Khalifa wrote in his paper that Islam is a way of life and should be accommodated in schools by allowing students to pray, fast and have places to pray. He also encouraged school staffs to show how they have been complicit directly or indirectly in Islamophobic practices.

In addition to hiring an anti-Semitic equity survey company, Eastern Carver County Schools asked parents to vote on a referendum this past election season. Some of the organizations that were affiliated with the “Vote Yes” campaign also had ties to Soros funded groups. Two-thirds of the referendum, which included the operating levy and bond referendum, was voted down after parents expressed deep concerns about the transparency of the school board and the superintendent. What was supposed to be a $121 million referendum in actuality was a $211.7 million referendum. Parents who did not support the referendum stated there was not a need for the bond referendum, which in part would be used to build a new school. The district just built a new elementary school, Carver Elementary, in 2017. Parents who analyzed district reports said inflated growth numbers and underrepresented student space were consistent themes found in the reports.

Parents who were against the referendum were called “racists”, “rude” and “white” by members of ROAR and Indivisible on social media. They were tired of being called names, so they took matters into their own hands and created a video called “Eastern Carver Schools Exposed”, which was produced by Alpha News MN. The video, featured parents and stakeholders talking about the controversial equity survey and the people behind it, the lack of transparency by the school district and the introduction of Critical Race Theory into the classrooms through the equity agenda. The video went viral and has over 64,000 views on YouTube alone and helped to defeat the referendum in November 2019.

ROAR took to celebrating the news of Christopher’s resignation on social media by stating “…white males have been afforded the privilege of walking away from the mistakes and messes they created, starting fresh and free of biases that would haunt anyone else seeking the same.” 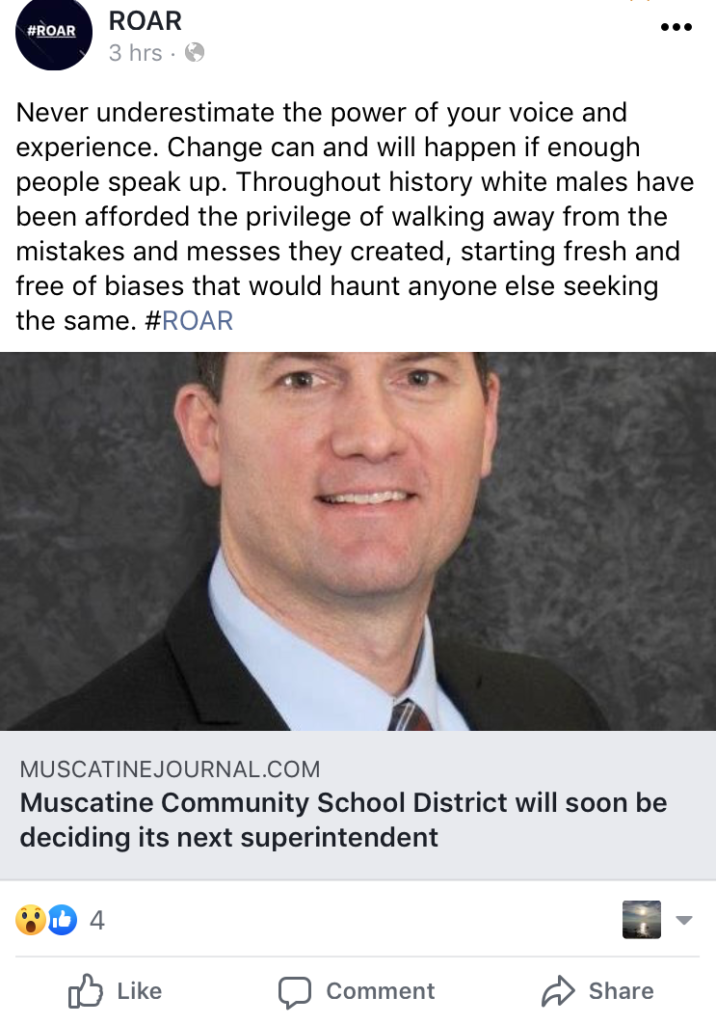 A new superintendent has not yet been named for Eastern Carver County Schools, but hopefully, whoever the district chooses will be able to clean up this gigantic mess that Christopher is leaving behind.