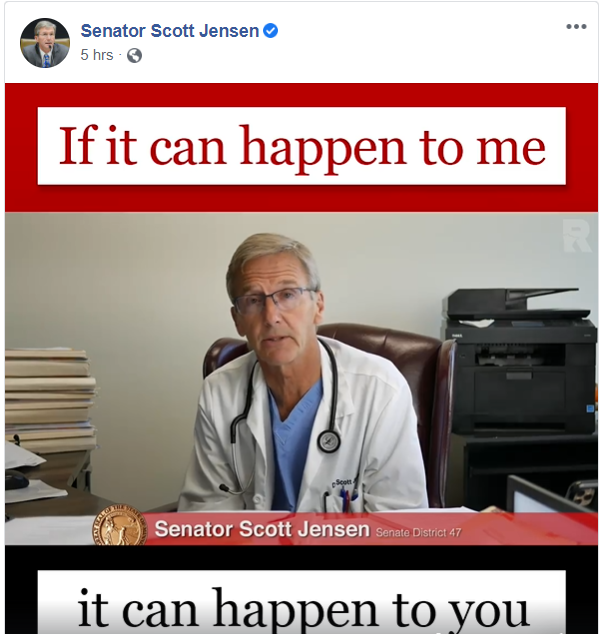 Is the Minnesota State government trying to “cancel” Senator Scott Jensen (R-Chaska) by siccing the Minnesota State Medical Board of Medical Malpractice on him for his questioning the governor’s COVID19 models and how COVID19 deaths have been counted in Minnesota and across the Nation?

Over the weekend, Minnesota State Senator Scott Jensen (R-Chaska) revealed that he was being investigated by the Minnesota State Medical Board of Medical Malpractice for public statements he made about COVID19 in April.

Jensen said he is being investigated for public statements he made “spreading misinformation” about death certificates and COVID-19 on a news program and “provided reckless advice” comparing COVID-19 and influenza.

Jensen has been a vocal critic of Minnesota’s handling of the COVID-19 pandemic, including disputing the reported death totals, disputing future modeling of the virus and comparing the virus to influenza.

On July 5, 2020, Senator Jensen released a video explaining the investigation and defending his position by citing multiple examples of the conflicting information given to the public and doctors about COVID19.

SHOCKING: MN Sen & Dr. @drscottjensen said that he received a 7 pg doc from @mnhealth to fill out death certificates with a diagnosis of #COVID-19 whether the person actually died from COVID-19 or not.

He then appeared on The Laura Ingraham Show (Fox News Channel) with the information that people dying were being counted as COVID19 deaths – even without a positive COVID test.

As Deplorable Housewives reported in May, Senator Scott Jensen also revealed that the model used by Minnesota Governor Tim Walz to keep the state under COVID19 lockdown, was developed by two UMN grad students, under the guidance of a UMN professor.

Trust the experts we’re told.
I’m joining Laura Ingraham tonight to discuss policy decisions that have contributed to the uncertainty of the fatality rate. This was my speech from the floor of the Senate today. Tune in to Fox News tonight at 9pm – https://t.co/ykhCkqeoD9 #mnleg pic.twitter.com/NihxuKcFyn

These models forecast 50k+ deaths if no mitigation was initiated and 20k+ deaths, by mid-July, WITH mitigation.  (Currently, Minnesota has had 1,474 COVID19 fatalities.) 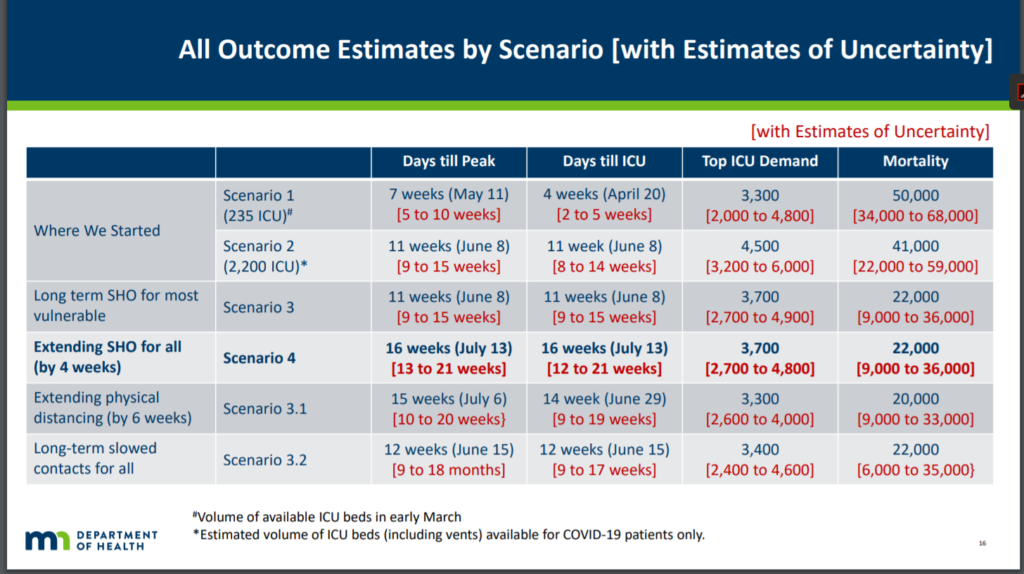 It looks like someone didn’t appreciate the fact that Sen. Jensen was using facts and logic with regard to the COVID19 pandemic in Minnesota.  As Jensen states in his video, the complaint process to the Minnesota State Medical Board of Medical Malpractice does not allow him to face his accusers, or even know who filed the complaints.

In his July 5, 2020 video, Jensen asks questions everyone should be asking:

Do we think it is ok for physicians to certify on death certificates that someone died of COVID19 even if there was never a COVID19 positive test obtained? Even if there was never a COVID19 test done? Even if a COVID19 test had even been considered? And maybe the worse ‘even if’ – even if the family had no clue that the death certificate they received for their loved one was going to say ‘COVID19’.

He goes on to say, “I don’t know what to tell ya, I just know this is wrong. We’re in a bad place. The other day my wife asked me, ‘Scott, how did 9/11 pull us together so much, and why is COVID19 breaking us apart?”

Perhaps a better description of what is happening to Sen. Jensen comes from Mitch Berg:

Senator, and Doctor, Jensen (that’s an “MD”-type doctor) is being leaned on by the State of Minnesota for actually bringing *science* to the debate over the state’s approach to the epidemic…

…by a room full of bureaucrats. Not scientists.

This is the “cancel” culture, metastasized into the government. It’s straight out of the playbook for every authoritarian regime, the stuff the Stasi.

The fact that Governor Walz’s open-ended assumption of draconian “emergency” power, and the moving of that power into stifling dissent, even as every single one of his administration’s predictions about the pandemic have crapped out, should tell you something; this isn’t about public health.