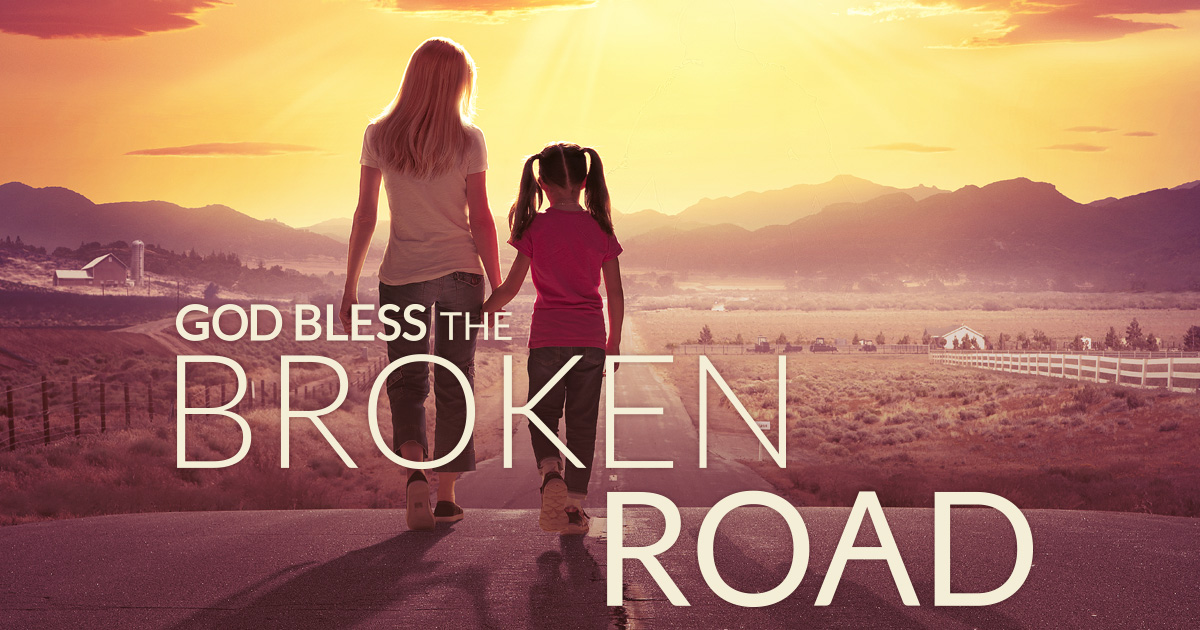 A cool, rainy Saturday afternoon found my two tween/teen daughters and I looking for a movie.  With all the hate-spewing, “Resist Trump” actors in Hollywood, our movie theater attendance has vastly diminished over the past couple of years.  Finding a movie that appeals to my daughters and I that doesn’t include outspoken anti-Trump actors or sexual content and violence can be tough.  That is why discovering the recently released (Sept. 7, 2018) “God Bless the Broken Road” was a welcome find.

“God Bless the Broken Road,” directed by Harold Cronk (“God’s Not Dead”/”God’s Not Dead 2”), follows the journey of Amber Hill (Lindsay Pulsipher): a young Christian widowed mother who loses her faith when her husband is killed in combat in Afghanistan. In the years following her husband’s death, a heartbroken Amber attempts to care for her young daughter while struggling financially and spiritually.

Not surprisingly, the movie has been panned by mainstream media critics as lacking character depth and essentially being “too Christian; too ‘merica.”  The Hollywood Reporter wrote:

The latest effort from faith-based filmmaker Harold Cronk (God’s Not Dead, God’s Not Dead 2) seems designed by a computer program to touch every American heartland base. Reverence for God and the church: Check. Patriotism and the highest regard for military service: Check. Country music: Check. NASCAR racing: Check. It’s a wonder the film didn’t sneak apple pie in somewhere. The only thing missing from God Bless the Broken Road is compelling or believable drama.

God Bless the Broken Road is exactly the sort of well-made, tear-jerking, patriotic, heart-swelling drama we need right now. Using parts of the well-known Rascal Flatts’ song (albeit tweaking the lyrics a bit) to flush out a story, this film explores the age-old question, “What in the world is God doing when my life is falling apart?” Viewers watch as Amber scrapes and struggles; we watch as her child suffers emotional turmoil and unresolved grief; we watch a mother who has lost her child; a stubborn, semi-washed-up race car driver; a supportive church family, and a struggling veteran. All of these individuals, their seemingly broken lives, make up this road the film speaks about. Cody, the bullheaded race car driver, arrives in town to perfect his turns. It seems he only wants to go fast and sets himself up for a crash every time. Joe, his coach, explains that the answer is not to go faster, but slower. In comparison, Amber is pounding right along, trying to hold it all together.

My daughters and I, along with our fellow movie-goers, disagree with The Hollywood Reporter’s review.  Judging by the amount of sniffling heard in the theater, the movie is definitely not lacking in “compelling or believable drama.” Anyone who has had their world torn apart by tragedy and as a result have questioned God’s care or even existence, will relate to this movie.  It would take a cold heart not to be touched by Amber’s pain or by the faith shown by her husband during his last moments on the battlefield.

Granted, there are times when the movie slides into a “Hallmark Channel-esque” feeling, but if you, like my daughters and I, are fans of Hallmark Channel movies (especially at Christmastime), those moments will not detract from the film. The Hallmark movie feeling may be partially due to Hallmark Channel movie regular, Andrew W. Walker as Amber’s love interest, race-car driver Cody Jackson.

Tomlinson plays “Pastor Williams” in the film. According to an interview with Gregory Wakeman of Metro.us, Ladanian Tomlinson has always wanted to try his hand at acting, but he decided to be picky about which roles he would take.  Tomlinson told Wakeman:

“One of the executive producers of the film called me and asked if I wanted to be in a movie. He felt the role would work for me. I read the script and really liked the story.

“I have gone to Church my entire life. When I was young, I sat in the front row as instructed by my mother. My mother was a Baptist Minister as well.”

“Watching and listening to her over the years was great training for me. As a teen, I was invited to give short sermons so I could learn about preparation and delivery. I think all of these experiences were helpful, plus the the great direction given by Harold Cronk.”

A character central to Amber’s healing and return to faith is Mike Nelson (Arthur Cartwright, Gran Torino): a veteran who was injured and subsequently disabled during the same battle in which Amber’s husband was killed. (One of the most powerful scenes comes toward the end when Nelson pushes out of his wheelchair to salute Amber – I get chills thinking about it as I write this – there was not a dry eye in the theater during that scene.)  The character of Mike Nelson also embodies another role the film has: to provide donations to the Disabled American Veterans organization.  Five percent of all sales will go to the DAV charity according to a notice preceding the movie’s closing credits. 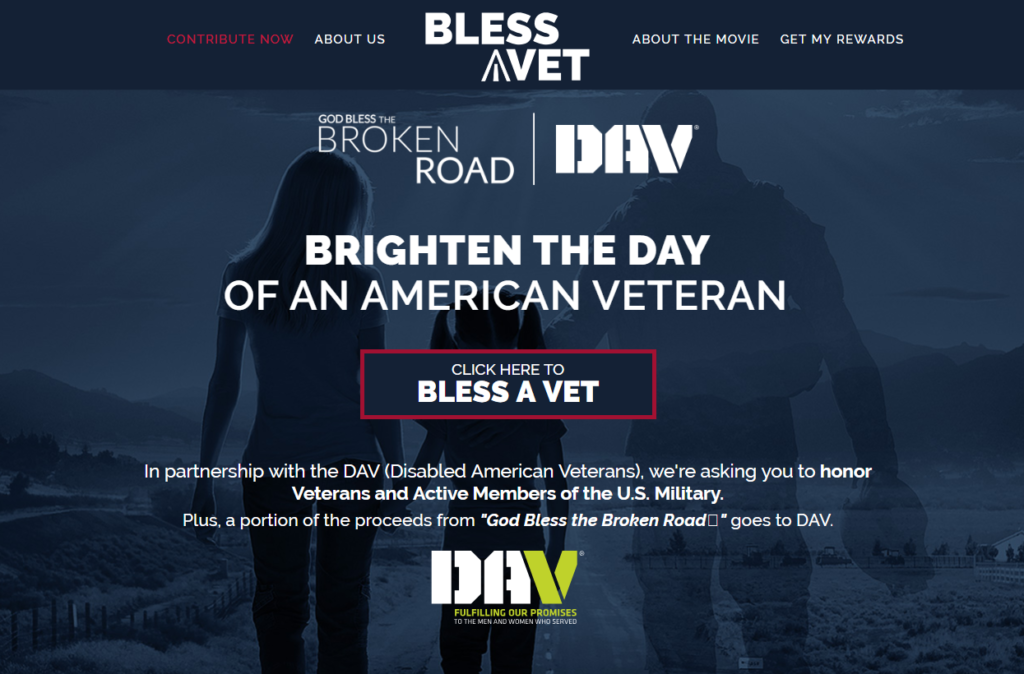 Go see this movie.  Take your family and give your support not only to a family-friendly, Christian movie, but also to the DAV.  The only way we will get more entertainment options like this one is by supporting the films that are currently in the theater, buying the DVDs and by avoiding the less-than-stellar other options given to us by a largely anti-Christian/Trump/Conservative Hollywood. I promise, you won’t regret the two hours spent, just don’t forget the tissues.