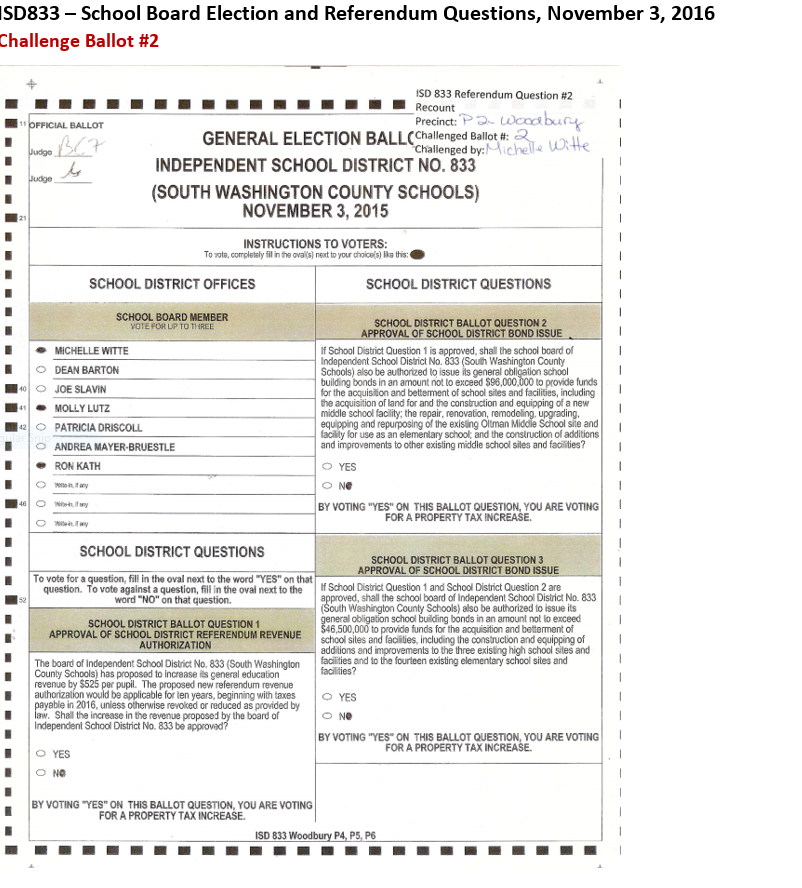 A recent report from the Minnesota Office of the Legislative Auditor found that more than 26,000 individuals whose status was marked “challenged” (because they failed one or more eligibility tests) voted in 2016.

The importance of an independent analysis of election results is crucial if we are to remain a Republic. Unfortunately, in the state of Minnesota, verifying election results are impossible because the Secretary of State, Steve Simon, refuses to provide public election information as required per state statute.

Currently, citizens can purchase a “public information list,” which is a censored list of voters. This list is commonly used by candidates running for office but it is impossible to use as a means of election verification. This is because the list does not include inactive voters, voters who have failed address verification checks and those whose status is marked “challenged” such as felons.

To overcome the secretary’s refusal to release this information, the Minnesota Voters Alliance (MVA)  filed a lawsuit in Ramsey County District Court. MVA vs Secretary of State Steve Simon will force the secretary of state to comply with the Minnesota Government Data Practices Act by releasing the millions of records on “inactive” voters as well as the government-assigned voter statuses that identify voters who have failed an eligibility check.

Consider the following statistics found in an article in the Pioneer Press by Andy Cilek, Executive Director of the Minnesota Voters Alliance:

“This is a first-of-its-kind case with critical statutory issues,” Cilek said. “At stake is whether the Secretary of State is above the law, whether he has to be transparent like other state agencies, and whether he is carrying out his constitutional duty to prevent ineligible persons from voting.”

All elections are public and the names of  people who voted must be verified to determine the validity of the vote count. In close elections where even one ballot can make the difference, there is no room for error.

On November 20, 2015, an election regarding a $96 million building bond in South Washington County School District 833 resulted in 18 ballots being challenged during a recount.

On November 25, 2015, 18 challenged ballots were reviewed by the South Washington County Canvassing Board, whose members determined that out of the 18 challenged ballots, five were declared to be “ambiguous/non-votes.”  By declaring these ballots as “non-votes”, the board effectively disenfranchised five voters and ensured the passage of the $96 million bond.  Had the five ballots been counted as “No” votes, the outcome for Ballot Question #2 would have been a tie and the $96 million bond would have failed.

Imagine if the citizens who fought against the bond and levy referendum would have had the ability to determine the validity of each and every vote. Chances are, there were ineligible votes cast during the referendum which could have been found easily, overturning the election results and saving the taxpayers of South Washington County $96 million!

Oral arguments for summary judgement for MVA vs Secretary of State Steve Simon will be heard on June 22nd at 1:30 p.m.,  Ramsey County District Court, Courtroom 1570, 15 W. Kellogg Blvd., St. Paul, MN 55102. The Deplorable Housewives of the Midwest will be reporting live!

2 thoughts on “No Transparency in Minnesota Elections”