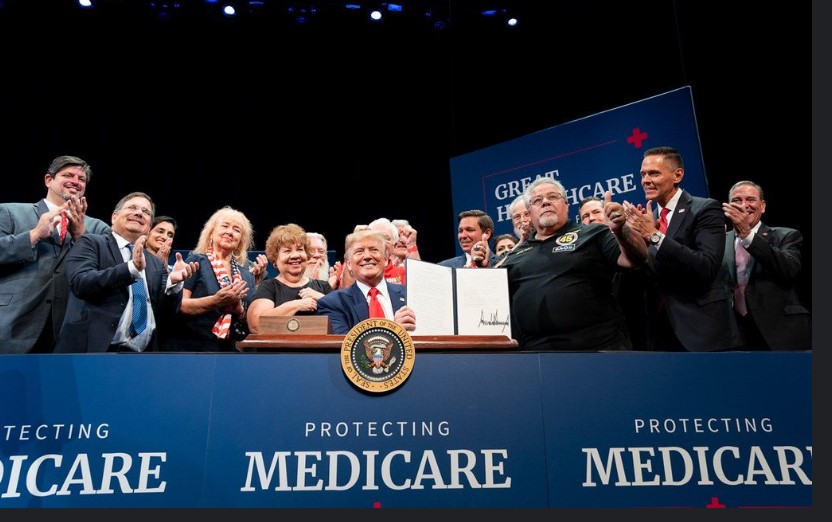 Beginning in 1993 under the Clinton Administration, senior citizens who voluntarily opted out of Medicare lost access to their Social Security retirement benefits. According to the unlawful administrative procedure, seniors who withdrew from Medicare were required to repay all the Social Security benefits they received including retirement, survivors and disability insurance.  On October 6, 2019, President Donald Trump signed an Executive Order separating social security benefits from Medicare enrollment, freeing seniors from the Medicare trap.

In November 2018, Twila Brase, President and Co-Founder of Citizens Council for Health Freedom, sent a letter to President Trump requesting he rescind by executive action an administrative procedure that unlawfully required seniors to enroll in Medicare or face a stiff financial penalty by denying them access to their social security retirement benefits. This trapped seniors in Medicare because private insurers refuse to cover people who are enrolled in or are eligible for Medicare.

The image below presents a history of the procedures implemented during the Clinton Administration as per the Citizens Council for Health Freedom letter to President Trump:

President Trump’s executive order will give seniors more choices by allowing them to purchase health insurance that line up with their personal needs or religious beliefs. For example, seniors will now be allowed to enroll in Christian health care programs that honor their personal beliefs.

“This executive order couldn’t have come at a better time,” said Twila Brase, president and co-founder of CCHF. “It is estimated that 10,000 baby boomers enter Medicare every day. With Medicare six years from insolvency, seniors need the freedom to opt out of Medicare and into private coverage without losing their Social Security benefits.”

Thanks to President Trump and the Citizens Council for Health Freedom, seniors will now be allowed to collect on the social security benefits they have earned through years of hard work without being required to enroll in Medicare.