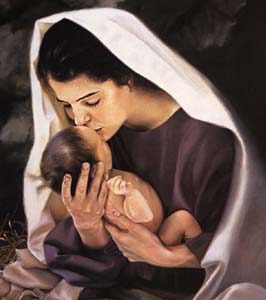 A Minnesota State University – Mankato professor has a message for people celebrating Christmas:  The Virgin Mary was a #MeToo victim.

The virgin birth story is about an all-knowing, all-powerful deity impregnating a human teen. There is no definition of consent that would include that scenario. Happy Holidays.

A Minnesota professor suggested in a series of tweets that the Virgin Mary did not consent to the conception of Jesus Christ and suggested that God may have acted in a “predatory” manner.

Minnesota State University, Mankato psychology professor and sex therapist Dr. Eric Sprankle critiqued the story of the Virgin Mary in a tweet Monday, suggesting that the Virgin Mary did not consent to being impregnated by God.

Not only has the fun-sucking Left determined that “Baby It’s Cold Outside” is a rape song and has forced that flirty song off airwaves, but now, according to a taxpayer funded college professor, God is the ultimate example of a predatory male as defined by the #MeToo movement.  Sorry, folks, but there is NOTHING sacred anymore.

Obviously, Professor Sprankle is not a Theology expert, because if he was, he would know that his Tweet is negated in the Bible by Luke 1:38 where the Blessed Virgin Mary gives her consent to the Immaculate Conception, saying “Behold, I am the handmaid of the Lord; let it be to me according to your word.” It was an honor for Mary that God chose her to be the woman to carry His son because she was sinless, good and pure. She wasn’t some random teenager, as Sprankle blasphemously infers, but chosen by God to be the Mother of His child.

Sprankle’s Twitter account is rife with anti-religious views, and he endorses “secularism” in his Twitter biography. Sprankle even decorated his own Christmas tree with Satanic decorations, that he tweeted earlier this month.

Satanic holiday decor shopping on Etsy is the reason for the season. pic.twitter.com/t4EPPIgKtN

In a discussion with another Deplorable Housewife this morning, I was reminded of the biggest reason why we celebrate Christmas when she said, “Sad part is that God sacrificed his only Son to save (people) like this professor.”