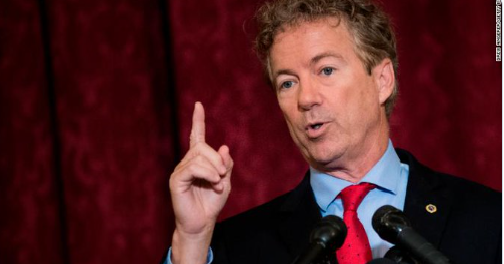 Kentucky Sen. Rand Paul recently published his latest edition of The Waste Report and not surprisingly, the government is spending your hard earned tax dollars on more garbage and crap. In other words, your tax dollars are being wasted!

Senator Paul’s annual compiling of the government’s most obnoxious and unbelievable examples of irresponsible spending is a compelling report that should be read by every tax paying citizen in the United States of America. And if you are not mad, either you are not paying attention or you are not paying taxes.

Unreal: @RandPaul‘s Summer 2019 edition of The Waste Report totals up over $50 billion in waste! https://t.co/I8JjsusHtb

Some of the items that our government is spending OUR money on includes:

The worst offense Paul discovered was the Centers for Medicare and Medicaid wasted $48 billion in fiscal year 2018 in improper payments. Let that sink in. Medicare and Medicaid, which is one of the largest entitlement programs, is blowing billions of taxpayers’ dollars on fraud and waste.

The Washington Examiner points out that America is set to run at least a $1 trillion deficit in 2019, with the total national debt currently exceeding $22.5 trillion, which is approximately $180,000 in debt for each taxpayer.

So, the next time April 15th rolls around and you’re writing out that check for your taxes, remember this report.