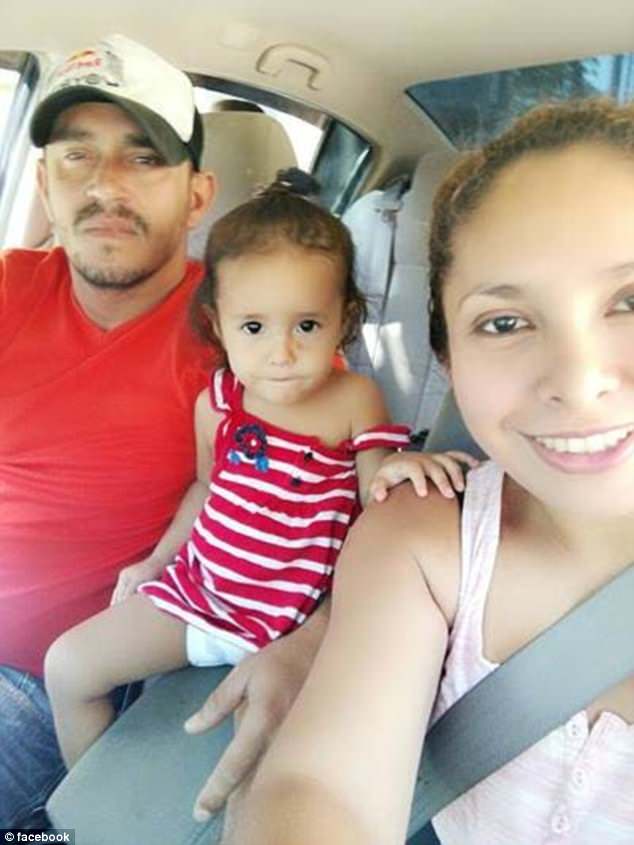 Woman and child photographed at US Border were never separated as media claimed.

The detaining of migrant children by US Border Patrol at the border has become a YUGE issue; one that the left seems determined to fuel their “Blue Wave” (which is now looking more like a “Blue Trickle” bringing to mind the liquid that falls out of airplanes while in flight) in the 2018 Midterms.  The MSM has jumped onto the bandwagon, despite the fact that this policy is not a new one, determined to use it to level attacks at President Trump.  What better issue to cause hysteria and distract from the amazing accomplishments President Trump has had this month, and also to get Americans focused on something other than the daily news of corruption coming out of the Inspector General’s report hearings in Congress?

Time magazine’s latest cover exploits the issue, using a photo shot by a Getty’s photographer of a little Honduran girl crying as her mother is patted down TSA-style when they were caught entering the US illegally earlier this month.  Liberals and the media (really, they’re one and the same, right?) screamed about the two-year-old little girl being “ripped” (favorite talking point word for this issue) from her mother’s arms – “Doesn’t President Trump have any compassion?  Doesn’t he have a heart? This is terrible!  Like Nazi concentration camps!  He’s a fascist/racist/evil, evil orange cheeto!” the pundits screeched.

News has broken concerning the little girl in the photo.  According to The Daily Mail, Valera and her mother, Sandra Sanchez have never been separated.  In fact, they have been housed together in a family detention area since crossing the border.  Not only that, but according to Buzzfeed, this isn’t the mother’s first attempt to cross into the US – in fact, she was deported back to Honduras in 2013:

On June 12, 2018, Sandra Maria Sanchez, 32, a previously deported woman from Honduras illegally re-entered the United States,” . She was arrested by agents with U.S. Customs and Border Protection’s (CBP) Border Patrol near Hidalgo, Texas, while traveling with a family member. On June 17, 2018, Sanchez was transferred to ICE custody, and is currently housed at the South Texas Family Residential Center in Dilley, Texas. Her immigration proceedings are ongoing.

In an interview, the mother’s husband told The Daily Mail that the woman took the two year old child and left for the border, leaving him and their THREE other children in Honduras.  She paid a coyote (a human smuggler) $6000 to get to the US, and plans to apply for “political asylum.”  Here are excerpts from The Daily Mail report:

He revealed that his wife had previously mentioned her wish to go to the United States for a ‘better future’ but did not tell him nor any of their family members that she was planning to make the trek.

‘I didn’t support it. I asked her, why? Why would she want to put our little girl through that? But it was her decision at the end of the day.’

He said that Sandra had always wanted to experience ‘the American dream’ and hoped to find a good job in the States.

Denis, who works as a captain at a port on the coast of Puerto Cortes, explained that things back home were fine but not great, and that his wife was seeking political asylum.

He said that Sandra set out on the 1,800-mile journey with the baby girl on June 3, at 6am, and he has not heard from her since.

‘I never got the chance to say goodbye to my daughter and now all I can do is wait’, he said, adding that he hopes they are either granted political asylum or are sent back home.

The couple has three other children, son Wesly, 14, and daughters Cindy, 11, and Brianna, six.

He said he heard from friends that his wife paid $6,000 for a coyote – a term for someone who smuggles people across the border.

The US Citizen and Immigration Services (USCIS) defines “Political Asylum” as: “Refugee status or asylum may be granted to people who have been persecuted or fear they will be persecuted on account of race, religion, nationality, and/or membership in a particular social group or political opinion.”

The term “Experience the American Dream” isn’t included in that definition. If someone wants to apply for political asylum, there are better ways to do so than illegally crossing the US border as explained by The National Review:

There’s a better way to claim asylum. Every indication is that the migrant flow to the United States is discretionary. It nearly dried up at the beginning of the Trump administration when migrants believed that they had no chance of getting into the United States. Now, it is going in earnest again because the message got out that, despite the rhetoric, the policy at the border hasn’t changed. This strongly suggests that the flow overwhelmingly consists of economic migrants who would prefer to live in the United States, rather than victims of persecution in their home country who have no option but to get out.

Even if a migrant does have a credible fear of persecution, there is a legitimate way to pursue that claim, and it does not involve entering the United States illegally. First, such people should make their asylum claim in the first country where they feel safe, i.e., Mexico or some other country they are traversing to get here. Second, if for some reason they are threatened everywhere but the United States, they should show up at a port of entry and make their claim there rather than crossing the border illegally.

But, back to little Valera and her mother, Sandra Sanchez. Not only is it a lie that Valera was separated from her mother, but where are the tears for the children Ms. Sanchez left behind or the for Valera’s father who told The Daily Mail that he wasn’t even able to say “good-bye” to his daughter? Essentially, it seems Ms. Sanchez kidnapped Valera from her father, abandoned three other children, endangered Valera by subjecting her to the journey with human smugglers from Honduras to the US, and then committed a felony by attempting to re-enter the US illegally after she had already been deported in 2013.

The Left’s intention to cause mass hysteria (that includes no small number of violent threats against President Trump, the First Family and members of Congress) over the detaining of children at the border has worked.  So much so that President Trump signed an Executive Order mandating that families illegally entering the US should be kept together.  The MSM and left also seem to be ignoring the fact that the majority of children being detained arrive unaccompanied or with an adult who is not a relative.  The crocodile tears shed by the left (yes, Rachel Maddow, here’s looking at you) seem to be faux outrage considering the fact that this is a policy that has been going on since Bill Clinton was POTUS.

3 thoughts on “Separated at the Border? Nope.”