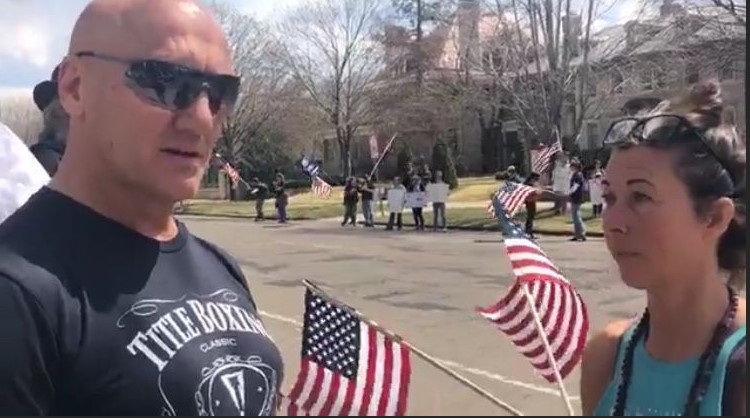 Patriots are finally fighting back against the unconstitutional edicts that have been passed by mostly democrat governors.

A group of Minnesota small businesses announced on Wednesday they will sue the state of Minnesota. The businesses claim the state’s Democrat governor, Tim Walz’s categories of “essential” and “non-essential” businesses are unconstitutional under the United States Constitution’s Equal Protection Clause.

The businesses represented in the lawsuit include Trev’s Kitchen and Prestige Gymnastics of Lynd; Title Boxing Clubs with several locations throughout Minnesota and Yoga by Blisstopia in Blaine. According to a press release, additional interested business owners can still join the suit through a hotline, 1-844-RIGHTS-0.

At a #LiberateMinnesota rally that was held on Saturday, April 24 in front of the Minnesota Governor’s Mansion, Deplorable Housewives of the Midwest Reporter Susan Richardson spoke to the owners of Title Boxing who said, “It’s so frustrating for us because we see and hear everybody talking on the media that, ‘Oh there’s millions and millions of dollars for all the businesses, especially small businesses.’ We haven’t received any. We’ve applied for every possible option that there is, times four, times our four businesses over mounds and mounds of paperwork we’ve sent in over and over and over again. We’ve gotten zero dollars.”

Dan McGrath, a spokesman for the Free Minnesota Small Business Coalition said in the press release, “We can mitigate the risks of COVID-19 while still respecting the rights of our citizens and preserving our crucial small businesses.”

The business owners say they should be able to remain open just like the government and big businesses like Home Depot, Walmart and Target, because they are essential too.

The businesses claim that Governor Walz is outside his legitimate powers by picking winners and losers in the economic quagmire brought about by the outbreak of COVID-19.

The plaintiffs assert that for the state to suspend some, but not all economic activity for an arbitrary and indefinite period of time is unprecedented and unlawful.