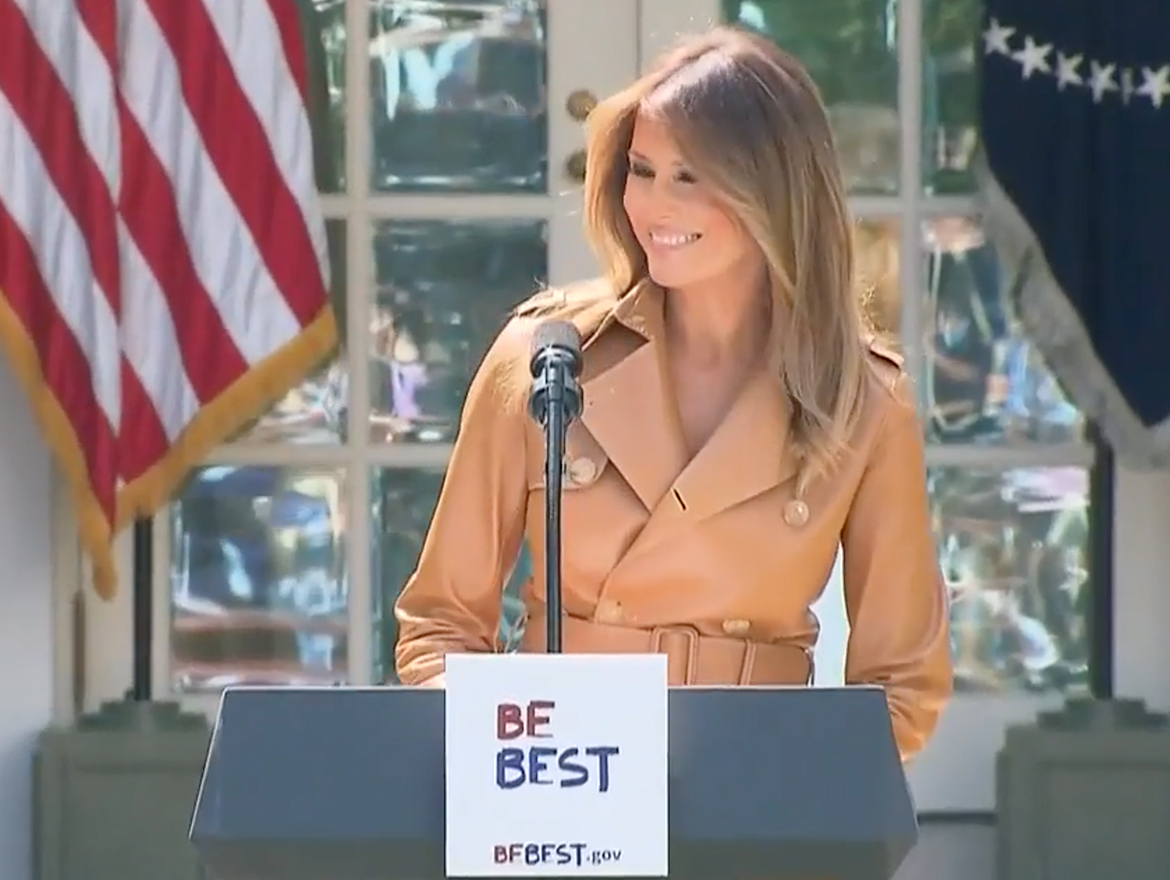 Once again, strong, conservative women are under attack by the “feminists,” and anti-Trump “resistance.” The last few weeks have shown women like Candace Owens, Sarah Huckabee Sanders and Melania Trump are threats to the power those on the left crave so dearly, as demonstrated by the vitriol thrown at these women when they stand up for conservative ideals and causes.

The most recent example of this hatred was shown yesterday with the Left’s collective response to First Lady Melania Trump.

On Monday, May 7, 2018, Mrs. Trump unveiled her #BeBest initiative. Described on the WhiteHouse.gov site as:

The mission of BE BEST is to focus on some of the major issues facing children today, with the goal of encouraging children to BE BEST in their individual paths, while also teaching them the importance of social, emotional, and physical health. BE BEST will concentrate on three main pillars: well-being, social media use, and opioid abuse.

Anti-Trump leftists immediately went on the attack as the FLOTUS announced her initiative.  Taking to Twitter, they demonstrated their hatred for our FLOTUS, making fun of her speech (ignoring the fact she speaks five languages) and of her initiative.

Kids would be happier if they didn’t face the unique American problem of being shot at school.

The NRA owns your ‘husband’.

Nothing will change until the youth BE BEST and vote Republicans out.#BeBest

I know English isn’t your first language, but you can #BeGooder with your choice of phrases.

I’m sorry with all trump fake money couldn’t they get the Fake First Lady English Lessons, she sounds like a stupid Idiot ! @FLOTUS #Melania #bebest

Melania Trump’s fight against cyber bullying is a sick joke. You can’t be married to the worst cyber bully in the world, and act like you’re fighting it. This is propaganda and garbage. What a pathetic disgrace. Another fraudulent campaign orchestrated by the Trump crime family.

Another example of the left’s hatred for conservative women was demonstrated by comedian Michelle Wolf’s comedy routine at the White House Correspondents’ Dinner on April 28.

Kathy Griffin: I’m the most hated ‘comedian’ in America! 😫

The remarks Wolf made about strong, conservative women during her 20 minutes of fame were the epitome of the real war on women: the Left’s absolute hatred of those who do not follow Progressive rules.

Wolf’s comparison of White House Press Secretary Sarah Huckabee Sanders to the Aunt Lydia character from Hulu’s “The Handmaid’s Tale” has been called by some conservative critics an attack on Sanders’ appearance. Those critics accused Wolf of “bullying” the Press Secretary because of her looks. They missed the insult’s real intent.

This was no “mean girl” attack. The insult compared Sanders to Aunt Lydia: one of the most powerful, evil and brutal characters in The Handmaid’s Tale.

Aunt Lydia is a woman who grooms and controls the handmaids – women who have proven to be fertile and are forced to be surrogate mothers to the children of the leaders.  There is no in-vitro fertilization used in The Handmaid’s Tale; rather, each month the handmaids are literally held down by the leaders’ wives as they are raped by the leaders.  Aunt Lydia is a brutal woman who tortures those women who attempt to fight or flee the situation.

In one episode, a handmaid is discovered to be a lesbian.  After being forced to watch her girlfriend’s execution, the handmaid is further punished by Aunt Lydia through undergoing the most brutal form of female genital mutilation possible, rendering the handmaiden the inability to enjoy intercourse while remaining fertile.

This character is the person to whom Wolf compares Sarah Huckabee Sanders.  It would seem a better comparison would be Linda Sarsour, one of the leaders of the Women’s Movement who is Muslim and is a proponent of Shariah law, which teaches that FGM is a right of passage for young Muslim women and girls and also sometimes punishes homosexuality by tossing offenders from rooftops.

@LaRebelleFleur shariah law is reasonable and once u read into the details it makes a lot of sense. People just know the basics

The real war on women does not come from the Right or from President Trump.  Trump has appointed more women to high level positions in his administration than any other president before him, including the Left’s beloved Obama.  The same people who preach tolerance and love are the ones actively attacking strong, conservative women like Sarah Sanders Huckabee, Candance Owens and Melania Trump.  Like conservative gay pundit Milo Yiannapolis, these women do not fit into the box or under the labels in which the progressives believe women or homosexuals belong.  That is, they are not victims. They are free-thinkers, opinionated, strong and believe in liberty for all. 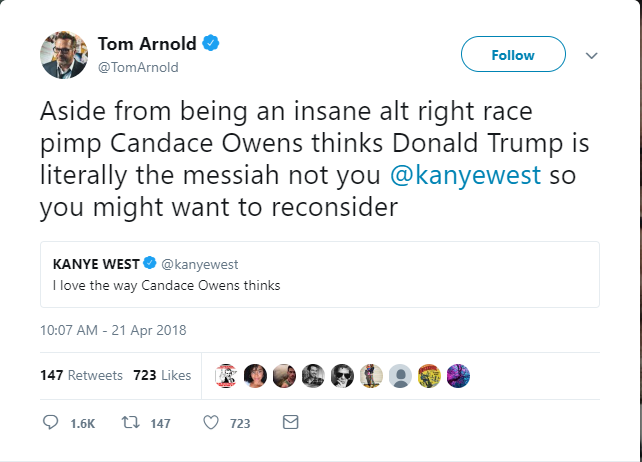 In the minds of those aligned with the likes of Wolf, free-thinking, liberty-loving people are dangerous to the state and the power of those in charge.  Like Aunt Lydia of The Handmaid’s Tale, Wolf and her ilk are determined to forcibly shut down those voices through bullying, violence, blacklisting, and censorship because of the threat free-thinkers are to the State.

Throughout history, the ideologies most associated with censorship, violence and disarming the people come from the Left. The progressive movement cannot survive if there are people who refuse to adhere to the ideals that those progressive believe in: group-think and the State as God.

When Wolf likened Sarah Huckabee Sanders to Aunt Lydia, she may have been projecting: it seems that Wolf would have no issue holding strong, conservative women down while they were raped by the State, their identities stolen and their liberties stripped from them.