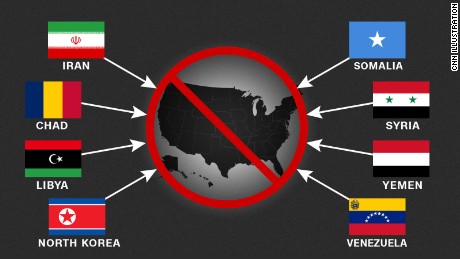 The travel ban victory was essential for any President to act in a way he or she sees as consistent with the national security of our country. If the matter were seen by all sides as simply this, there would be no dispute.

I’m writing a few hours after the United States Supreme Court upheld President Trump’s travel ban by a 5-4 vote, the same margin as when it upheld Obamcare. The reactions from the Regressive Left and the media are over the top, even for someone like me who had anticipated a meltdown of unprecedented fury.

By upholding the clear statutory language of Congress, delegating to any President the powers that President Trump invoked, the Supreme Court majority upheld the rule of law. To the left, today’s decision was the antithesis of the rule of law. Such is the upside down world of a wholly politicized Leftist “jurisprudence.”

Scotus Blog put the essence of the decision as follows: the statute “‘exudes deference’ to the president, giving him “broad discretion to suspend” the entry of noncitizens into the United States. Under this provision, [Chief Justice] Roberts reasoned, the president can block noncitizens from coming into the United States if he determines that allowing them to enter “would be detrimental to the interests of the United States.” And the president has done exactly that here, Roberts emphasized, because the September 2017 order was the result of a “worldwide, multi-agency review” that concluded that the entry restrictions in the order were necessary, for example, to prevent foreign nationals from coming to the United States from countries that did not share enough information about their citizens to allow U.S. immigration officials to vet them properly.”

The travel ban victory was essential for any President to act in a way he or she sees as consistent with the national security of our country. If the matter were seen by all sides as simply this, there would be no dispute.

It isn’t, however, because the Left thought it was well on the way to replacing the citizens of this country with those imported from backward and destitute ones, a populace that would remain dependent on government and which Democrats would deliver for them in return for their permanent voting blocks. There would never again be a Republican president.

I don’t exaggerate: the Left tells us clearly in their own words their goals and, consequently, the stakes for them in battles such as the travel ban. This extends, of course, to all matters concerning immigration.

Ilhan Omar, seeking to replace one Islamofascist with another, Keith Ellison, has called for the abolition of ICE. In word and deed, the Democratic Party is now the party of open borders and population replacement. They’re nakedly honest about their goals and people refuse to see this threat at their, and our country’s, peril.

“Together we can pass universal, single-payer healthcare, abolish ICE and private prisons, ensure debt-free college, and move ourselves towards 100% clean energy.” #TeamIlhan pic.twitter.com/xowjRctfTX

Trump supporters knew that the Supreme Court was in the balance in the last presidential election and voted accordingly. True Conservatives™ said they had lofty principles, which somehow never manage to become actual policies, that prevented them from voting for the outsider Donald Trump. These types of conservatives haven’t conserved anything.

President Trump continues to show that he is the way to taking back our country from the Cultural Marxists and the Regressive Left. In Minnesota, had those Republicans who voted for Evan McMullin voted for Trump, he would have won the state outright.

Those Republicans still exert a disproportionate influence on our right of center politics and need to be rebuffed at every opportunity. President Trump is winning the battle for us at the national level but it remains up to us to win it at the state and local level.

*Note: the featured photo includes the country of Chad, which has been subsequently removed from the travel ban list.