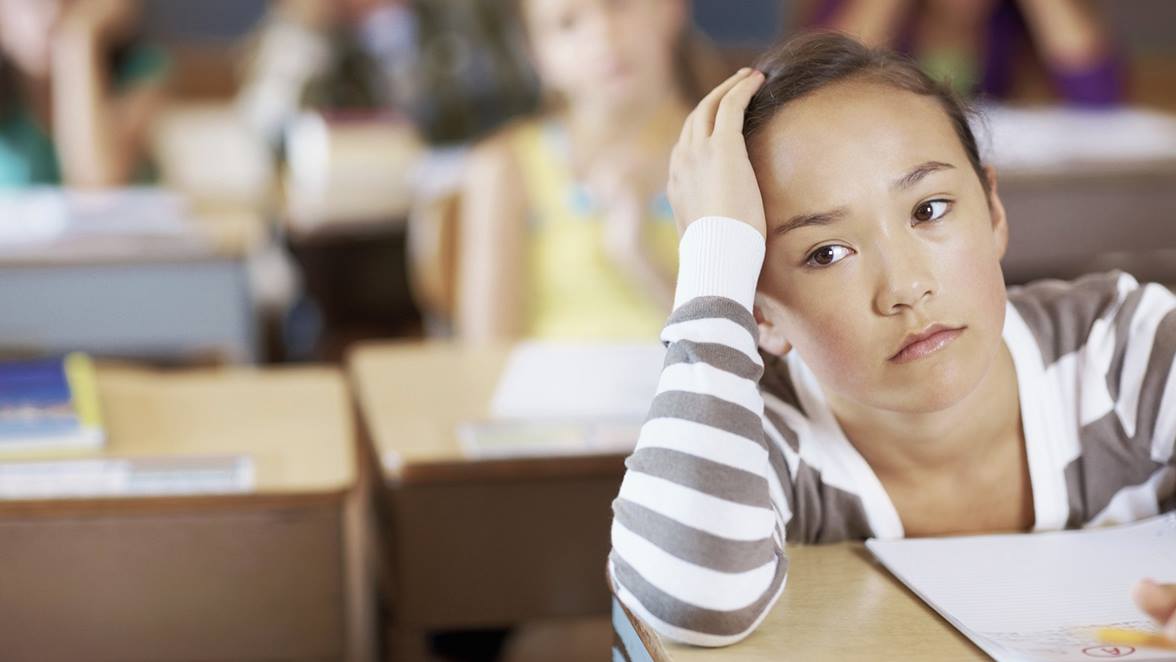 When my daughter was in third grade, I was told by her public school teacher, “I’m sorry, but your daughter is unteachable and needs to be on Ritalin.”

I sat there and felt my world close in on me.  How could she be “unteachable”?  She had attended Montessori School from the time she was one until she was six.  She was reading at the age of three and she was taking computer lessons since she was two.  I was told by her previous teachers that her vocabulary was well above her grade level.  So, now I’m supposed to believe she is unable to learn?

This whole episode started when I complained to her third grade teacher about the assignments that were being given to her.  One night, she came home with the assignment, “Name 20 Ways to Get A Greased Hippopotamus Out of a Bathtub.”  That same night, I went for a walk with one of the moms whose daughter was in the same grade, but in a different class.  She told me that her daughter’s homework that night was about the Supreme Court and Sandra Day O’Connor.  I was stunned.  My kid was learning about greased hippopotamuses and her kid was learning about the Supreme Court?  Why was there such a dichotomy in lessons being taught at our neighborhood public school?

I went to the school the next day and demanded answers. That is when I learned from this teacher that in her “opinion” my daughter needed Ritalin.  “She doesn’t pay attention in class,” the teacher told me.  I shot back, “Do you think it may be because she is bored out of her skull in your class?”  The teacher wrinkled her nose and begrudgingly agreed to my request to have my daughter tested into the gifted and talented program.

To prepare my then-8-year-old daughter for the test, the proctor told her, “Honey, you don’t have to finish the test if you don’t want to.”  In order to get into the gifted and talented program at this public elementary school, you needed to get a 98% on the test.  By telling an 8-year-old that they don’t have to finish the test automatically sets the child up for failure.

To be expected, my daughter did not feel like finishing the test and therefore, did not get a 98%. As a result she was rejected from the gifted and talented program.  I went to speak to the school specialist in charge of this program, whose first question to me and my husband was, “Is English the primary language spoken in your home?”  After both my husband and I told her that our families are from the United States and that I was born in New York and my husband was born in Rhode Island, we tried to calmly explain to the specialist that our daughter was set up to fail when she was told she didn’t have to finish the test.

When I realized that we were banging our heads against the wall with this specialist, I decided to take matters into my own hands and took my daughter to have her IQ tested by an outside professional.  When the test results arrived, she scored in the 98th percentile and qualified for MENSA.

I marched into my daughter’s elementary school with test results in hand, and shoved them into her teacher’s and the gifted and talented specialist’s hands.  They had a look of horror on their faces, as if they couldn’t believe that THEY were wrong.  They sheepishly handed me back the test results.  I demanded that my daughter be removed from her current classroom and put into the other classroom where they were learning about the Supreme Court.  I was told that they could not do that because it would cause a disruption in third grade classes.  I told them that I would be up at school every day until they moved her into the other class.  It was done in a week.

But by then, the damage was done.  We had to hire tutors to get her up to speed with the other class and the new teacher was very helpful to my daughter in giving her extra help.  Upon the recommendation of the new teacher, we decided to pull our daughter from public school after the school year and put her in a private Catholic school which was thirty miles away from our home.

It was a big decision to make.  It was expensive for us.  It was a sacrifice financially and time wise.  But in the end, it was all worth it.  She attended this school from fifth grade until high school.  She flourished academically and was a stand-out on her Quiz Bowl and Science Olympiad teams.  Her confidence was built up.  She enjoyed school.  And I’m happy to report that when she graduated, she was a member of the National Honor Society, an AP Scholar and received a scholarship to college.

She has since graduated from college and has an excellent job and a side job at a major Ivy League university.  I couldn’t be more proud of her.

After she graduated from college, I wrote a letter to the principal of her old public elementary school letting her know of all my daughter’s accomplishments after we pulled her out of the school.  Of course, I didn’t get a reply back.  But it gave me much satisfaction to be able to write that letter because I was told that my daughter was “unteachable” by this very principal and one of her teachers.

The lesson I learned from this is “do not trust the ‘experts'”.  I can only imagine where my daughter would be today had I listened to her third grade teacher, the principal and the specialists who told me that my daughter was “unteachable” and needed to be on Ritalin.

Parents should get involved in their children’s education and should advocate for them every step of the way. Don’t be afraid to fight for them. I’m glad I did.

2 thoughts on “Teachers Are Not Always Right”