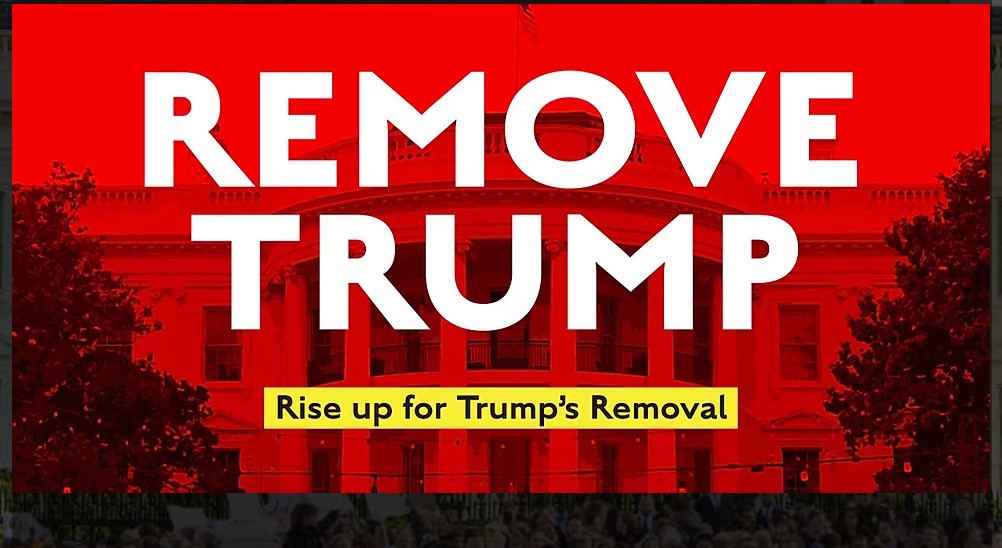 “To create a crisis for an obstinate opponent, you have to impart a sense of mounting pressure., You do that through sustained action and planned escalation.”

by L.A. Kauffman, Win Through Campaigns, Not Actions

Time to wake up Republicans; the Left are coming for you and they mean business. A new campaign to remove Trump known as Remove 45 are asking communists to “take action everywhere.” These groups aren’t interested in impeachment, they are interested in crushing anyone who supports Trump.

Impeachment is just the first step. Trump must be removed from office. And we the people must lead the way in calling for this removal. – Remove 45

Their battle plan looks like something out of Venezuela. It’s not about the democratic process; it’s about implementation of socialism. The website, Remove45.org, calls for weakening of Trump’s enablers. To achieve their evil goal of overriding the 2016 election, Remove 45 uses an action plan drawn up by the Leftist radical, L. A. Kauffman titled, To Weaken Trump.

Kaufmann’s organization, Waging Nonviolence, is a nonprofit founded in 2009 that has publications and contributors in over 80 countries in Latin America, Africa, Asia and the Middle East. Waging Nonviolence has been cited by The New York Times, The Washington Post, CNN and Vox. Their writers have appeared on NPR, Al Jazeera and Democracy Now!

The Left are building a massive grassroots infrastructure and the press are complicit.

Kauffman’s publication To Weaken Trump, Target the Enablers, compares the Trump presidency to a temple.

Imagine the Trump presidency as a temple — say, in the style of the Greek Parthenon, but with the tackiness of Ancient Rome at its most vulgar and corrupt. If you want to bring it down, you don’t go pounding at the roof, just as you don’t hammer on a tabletop to collapse a table. Instead, you weaken or remove the pillars that support it and hold it up.

To weaken and remove the pillars, Kauffman is declaring war against Republicans and Trump supporters. Kauffman also targets Chuck Schumer for cooperating in fast-tracking Trump’s judicial nominees. Democrats in the House and Senate are also being targeted for failing to take serious action.

While Democrats don’t have a majority in the Senate, they have a variety of means they could use there to slow or thwart Trump’s agenda — they could withdraw cooperation by, say, refusing to show up and thus denying a quorum, by filibustering, or by using other procedural maneuvers to gum up the works.

Twitter offices in Atlanta, Boston, Boulder, Chicago, Detroit, Los Angeles, Miami, New York, San Francisco and Seattle — are all targets for protest by Leftists to pressure them for allowing Trump to continue to tweet. If the Left can successfully shutdown the President of the United States, imagine what they will do to those who support Trump!

Leftist groups, including Women’s March, Rise and Resist, March For Truth, By the People, Progressive Democrats of America, Indivisible Nation BK, The Resistance Company, We Will Not Be Silent, DemcastUSA, Democracy For America and Indivisible ​plan on targeting senators up for re-election in 2020, swarming the Senate impeachment hearings and organizing in the community to target Trump’s enablers wherever they gather.

The Remove Trump Action Toolkit from Remove45.org include:

1.  Swarm the Senate –  converge at the Hart Senate Building every day, Monday to Friday, at noon, beginning January 6 when Congress reconvenes. The Washington Peace Center has a guide for Leftists on how to avoid arrest and what to do if they are arrested.

3.   Pots and Pans Noise Protest – the website encourages Leftists to “do some research and see if the Republican Party has a gathering planned in your area, this kind of action is perfect for holding them accountable for their collusion with Trump.” Leftists are encouraged to use whistles, bells and noise makers to disrupt the gatherings of “Trump enablers.” This method, along with violence, has been used successfully to implement socialism in Latin American countries. 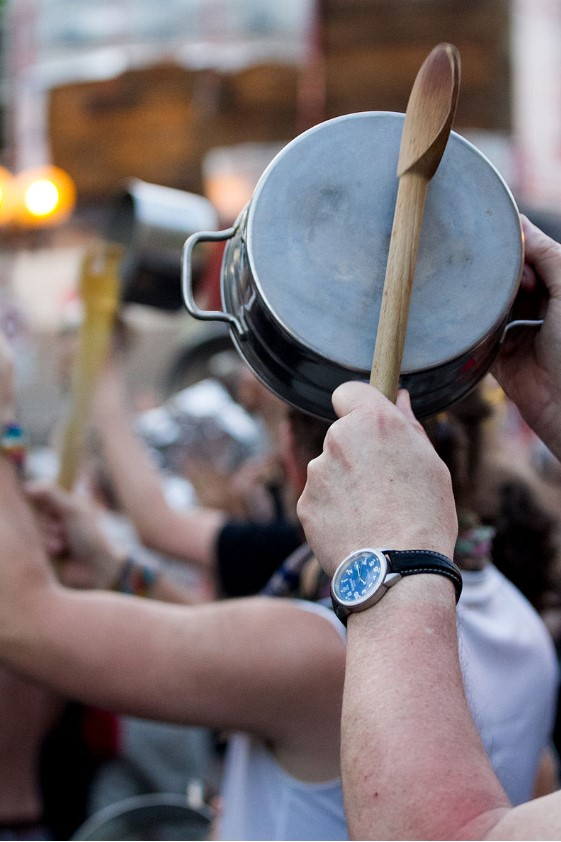 If you are a Republican candidate, make sure you are aware of your surroundings when out in public and avoid knocking on doors alone. These Leftist groups will be targeting Republican meetings and fundraisers and will do anything to take out the “Trump enablers.” These Leftist agitators aren’t interested in annoying you, they want to crush America using tactics to usher in a revolution.