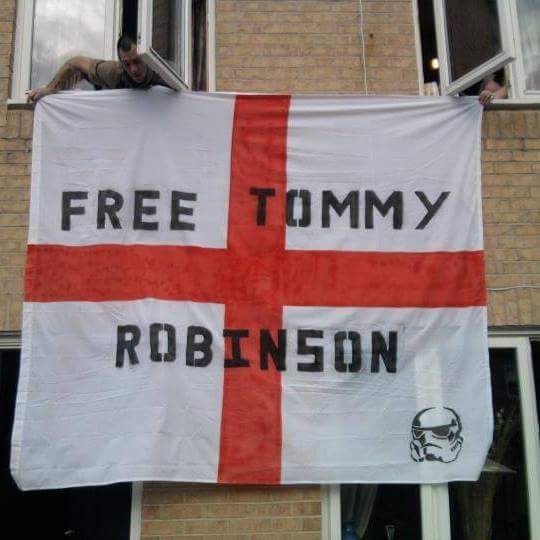 Free Speech appears to be gone in the United Kingdom.

Tommy Robinson, a British anti-sharia activist and journalist, was arrested, tried and sentenced to 13 month in prison yesterday for trying to expose the truth about a Muslim pedophile ring.  Robinson was arrested outside Leeds Crown Court for “incitement/breach of peace” after he tried to live-stream the verdict of Muslim men accused of child rape, trafficking, grooming and supplying drugs to children.  The outspoken Robinson was already serving a suspended sentence for a similar offense he committed last year.  Video of his arrest by British police can be seen below:

In an effort to hide the truth from the world, the British government has placed a gag order on not only Robinson’s arrest but the Muslim men accused of pedophilia. Independent journalists are reporting that articles regarding the arrest and imprisonment of Robinson are being scrubbed from the internet.

The UK has officially tilted into an Orwellian police state. Tommy Robinson has been sentenced to prison for a thought crime against the state.. and the govt, with @Google, has removed citizens ability to read about it.https://t.co/CQ9dO88rEz

According to an article by The Stream, Robinson is facing death in prison. Great Britain has a history of “judicial murder.”  Kevin Crehan, the man sentenced to one year in prison for leaving a bacon sandwich on the front steps of a mosque in 2017 was murdered in prison by violent Muslim extremists.  The failure of the British court to protect Crehan does not bode well for the now incarcerated Robinson.

4 thoughts on “No Free Speech in the UK?”