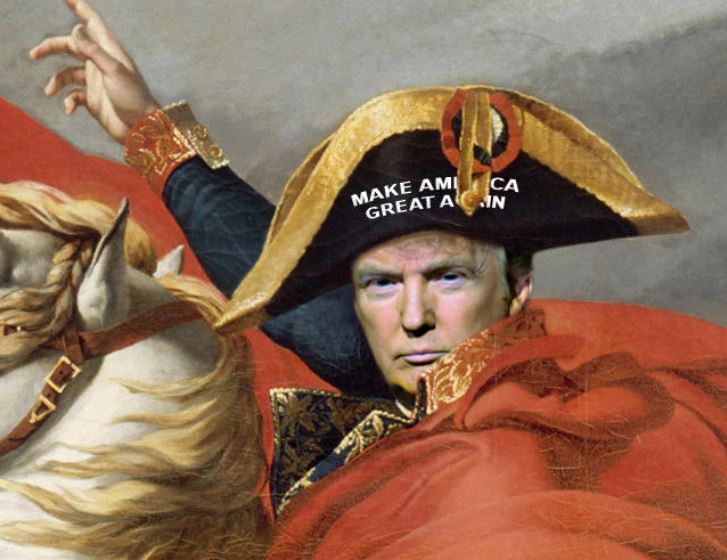 Yes, my title is hyperbole but it also contains some truth. As President, Donald Trump has gone from strength to strength, victory to victory. This in the face of unrelenting media hostility and attacks never seen before in modern times.

In the Age of Trump, everything is immediately right in front of our eyes, only to be replaced by something else a day later, often times sooner. Someone said there are frequently several news cycles in a day and they’re not wrong. We’re all drinking from a fire hose, proving that you can indeed get drunk on water. As for me, I’m not tired.

We can go through the usual litany of successes: a booming economy across the board with record low levels of unemployment among blacks and hispanics, judicial appointments of the highest conservative caliber and at a record pace, renewed strength and respect abroad, the retrieval of hostages from North Korea and looming prospects for permanent peace on the peninsula, trade deals revamped to help Americans, recognition of Jerusalem as the capitol of Israel, withdrawing from the Paris climate change accord, refusing to join the TPP and terminating the Iran deal. I could go on and probably you could too.

My point is that we live in extraordinary times. A banal observation? Perhaps but only because we have to step back, to consciously take stock, and remind ourselves that none of this was expected because so many thought Trump wouldn’t win. When he did, not even his staunchest supporters, of which I’m one, could envisage how masterfully he would govern.

Trump Derangement Syndrome has allowed our corrupt and dishonest media to destroy themselves. They never tire of getting almost everything wrong because they cannot accept the fact that Trump won and is now governing successfully. This only compounds the contempt in which most Americans hold them but they seem incapable of changing their behavior. Sad!

The most recent example was when President Trump, responding to a specific question about the MS-13 gang, called them “animals.” I fear that that slights animals but you get the point. Media–across the board–knowingly ran with a false story that he called “immigrants” animals. They did this when the video of his remarks were clear cut, obvious and not susceptible to any other interpretation.

The backlash to that was glorious to behold because the dishonesty was clear cut and obvious to understand in a flash. The AP deleted its false tweet and apologized. The damage was done, though, proving my point that media writ large simply cannot help themselves. As @ComfortablySmug said on Twitter: “If you think journo shenanigans like this MS-13 mess are what gets Trump reelected, you’re a moron. It’s what gets him crowned emperor.”

There’s more to be done, though, and staunch Trump supporters should never fall into the cul-de-sac of becoming acolytes like we saw in the hideous presidency of Obama. This helps no one, least of all our country.

Trump has to deliver on the wall and he knows it. Someone tell Ann Coulter. As I predicted, he began to nationalize the immigration issue for the midterms at his Indiana rally. This will only accelerate and to good effect.

He signed a terrible CR (continuing resolution that keeps the government funded) in March in order to get substantial money for the military. He said he wouldn’t sign another one like that and I think he means it.

What happens this October? Another CR must be passed. Trump has already told Congress that it must contain funding for the wall and other immigration enforcement. I think it’s even money that he’d “shut down” the government if he doesn’t get his way. Government never really shuts down, of course. Imagine the effect on the turn out of the base in the midterms.

Add to this Democrats running on nothing but impeachment in the face of the Mueller probe falling apart and evidence mounting daily that the deep state tried to effectuate a coup against the Trump campaign and then the Trump administration. Counterintuitively, 2018 can be seen as a warm up for 2020. Are you tired?

Elsewhere, I’ve predicted that Republicans keep the House and gain seats in the Senate. In the time since then, the evidence for such has only grown. Yes, complacency is our enemy but pointing this out to fellow deplorables is not complacency but encouragement.

God knows we’re not going to get it from the media or the ruling class.