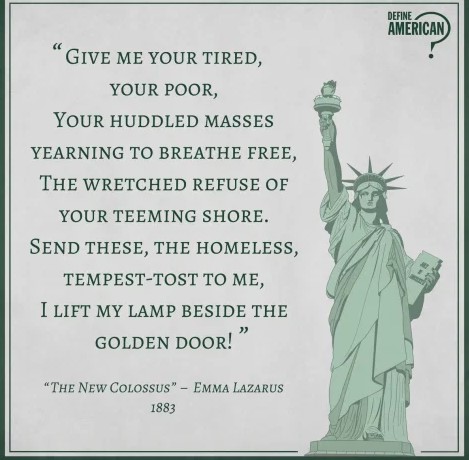 Washington County Commissioners voted unanimously to accept more “refugees” but none of the board members asked taxpayers if they are willing to support the $107,000 estimated cost per refugee. As a matter of fact, none of the board members mentioned the cost and burdens taxpayers and citizens must bear nor how many refugees Washington County is willing to accept. Will the school districts impacted by refugee resettlement be forced to build new schools? Will public safety be impacted? Will new refugees displace those already receiving public assistance?

Check out the ridiculous babble from these intellectual wizards from the January 14, 2020 board meeting:

“If we’re going to slam the door on immigration, the legal process, send the Statue of Liberty back to France or change the wording on it.” – Commissioner Gary Kriesel.

Kriesel would have us believe that refugee law and policy are set in stone at the feet of the Statue of Liberty in the poem, “The New Colossus”.  Apparently, Kriesel  forgot that the United States has always set limits on immigration. As you can see from the chart below, from 1925 to 1965, the United States had a relatively restrictive immigration policy, which allowed 200,000 people into the country annually, on average. Demographers sometimes call this period “the Great Pause.” 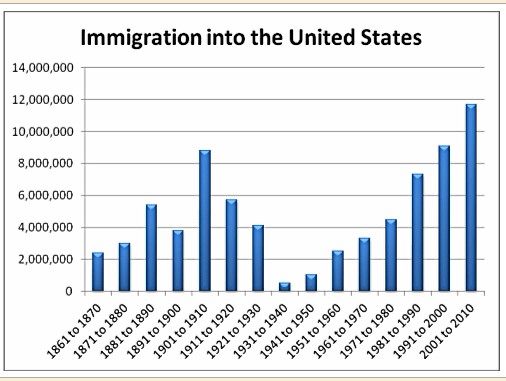 Then there is this ludicrous statement from Commissioner Lisa Weik:

“…they are able to add to the economic base of the county and they are employing our citizens.”……
“We did not have any members of the public or media attend the workshop that was held right down the hall.” – Commissioner Lisa Weik

I remember when Lisa told me she believed in term limits. She swore up and down that she would only run for 2 terms. Weik won a special election in 2008 and was reelected in 2010, 2012 and 2016. It seems that what Lisa says and what Lisa does are two different things.

Refugees are a consumer of government aid. According to an article in the Pioneer Press, refugees receive $950 when they arrive and the sponsoring agency receives the same amount. These voluntary agencies include Lutheran Social Services and Catholic Charities who are getting rich off of placing refugees in Minnesota.

If no members of the public or the media attended a workshop to provide input, my guess is that your Commissioner’s workshop wasn’t open to the public or maybe you just forgot to invite us, like you forgot about term limits.

“I have two students who go to East Ridge… (High School) is challenged because we have people moving to our county buying 400 and 500,000 dollar homes and deciding to live in Washington County.” “Unfortunately the federal government has decided to make this a political issue instead of addressing what’s really important.” – Commissioner Wayne Johnson.

So which is it, Wayne? Is Washington County closed to those who can afford expensive homes but open to those who need public assistance?

President Trump’s Executive Order says “State and local governments are best positioned to know the resources and capacities they may or may not have available to devote to sustainable resettlement, which maximizes the likelihood refugees placed in the area will become self-sufficient and free from long-term dependence on public assistance.”

You can watch the January 14 board meeting below:

The Washington County Board of Commissioners will conduct a public hearing Feb. 11 to consider an update to the county’s current transportation sales, use, and excise tax to fund the development and construction of county road and bridge projects, and increase the sales and use tax to 0.5%. Washington County Commissioners believe the county should tax those that make purchases from businesses in our county or drive a vehicle registered here to subsidize mass transit while we are subsidizing refugees.