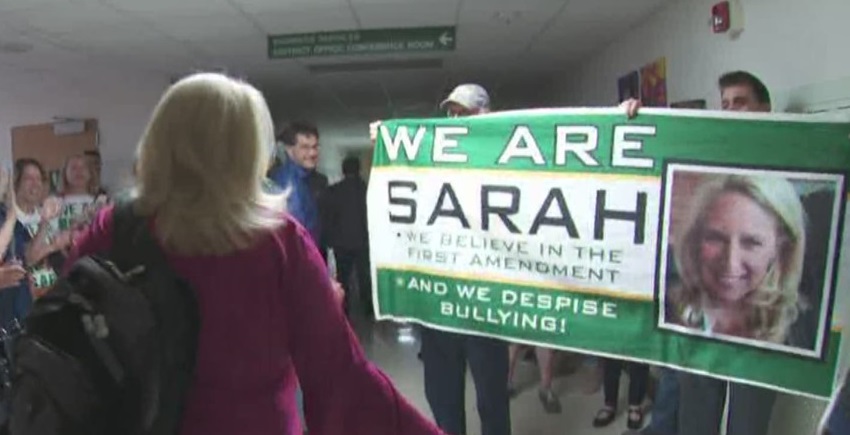 Earlier this month, Sarah Patzloff, a member of the Edina, Minnesota school board, issued an apology after a grueling five-hour meeting that decided her fate to remain on or be removed from the district’s school board – a board in which she was elected by the people to serve.

What was Sarah’s crime?  She posted a PDF document from an Edina teacher’s 10th grade language arts class, which was a public document, on a private Facebook page and wrote a comment stating that the document was “frightening”.

It was Sarah’s OPINION that the document was frightening.  Last I checked, this is the United States of America and the Constitution is still the law of the land…or is it?

We’ve seen this type of censorship so many times before.  Tim Allen had his television show, “Last Man Standing” cancelled because it leaned conservative.  Trump supporters Diamond and Silk were temporarily removed from Facebook.  Laura Ingraham had advertisers drop out of her FOX News television show because she tweeted about Parkland High School’s self-appointed anti-2A spokes-teen David Hogg not getting accepted into colleges he had applied to.  Apparently, it is perfectly fine to have an opinion, as long as it is progressive/liberal group-think.  Anything outside of that group-think needs to be excoriated, exiled, annihilated, decimated, beaten and utterly destroyed.

The same thing happened to Edina school board member Sarah Patzloff.  The Edina school board obviously felt that Sarah should be punished because she didn’t agree with the PDF document written by former “Minnesota Teacher of the Year” Jackie Roehl.  So the board held a closed-door meeting from 7PM until midnight putting Sarah through anguish, stress and shame, just because she expressed her thoughts on something she didn’t agree with on a private social media page.

In the document at the epicenter of the Edina school board fiasco, Roehl extolls the virtues of white privilege training which she believes will close the achievement gap in Edina.  She specifically mentions Glenn Singleton’s Pacific Education Group (PEG) and uses the phrase promoted by PEG – “Courageous Conversations” as the miracle cure to end racism and close the racial achievement gap between black and white students.  If Martin Luther King Jr. read this crap, he’d be rolling over in his grave.

“Teachers have long been trained to honor diversity but have also been encouraged to teach all students in the same way in the name of equality.  Teachers must understand that equity is not equality because students have individual needs in terms of process and assessment – just like the vegetables in my garden have individual needs, with my tomatoes needing more water than my onions,” Roehl’s manifesto reads.  So, would that mean that students of color would be tomatoes and the white kids are the onions? Is that because onions are white?  Sounds racist to me. 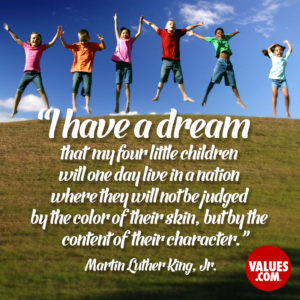 PEG has been removed from many Minnesota school districts in the past few years.  PEG was in Eden Prairie where boundaries were famously changed so that the white children in higher-income neighborhoods were bussed 6 miles away to another school instead of being able to attend their neighborhood school just two blocks away.  Because, don’t you know, children of color learn much better when you bus white kids clear across town to another school and inconvenience families.

Hear that? No results. “Millions of dollars”?  That’s your money, taxpayer!

Roehl goes on to say that her teaching philosophy evolved through her work with PEG and The National Urban Alliance for Effective Education.  “I realized that mostly my White students were reflecting my White Culture back to me, and that my students of color were left out of that classroom discourse altogether,” Roehl lamented.

Funny, I thought kids learned via their brains, not their skin color.

The rest of Roehl’s drivel can be read here.

George Orwell couldn’t have written the story of last week’s Edina School Board meeting any better. But unlike Orwell’s classic novel, “1984”, those of us whose voices are consistently silenced by progressive bullies will never learn to love Big Brother. We are all Sarah Patzloff.