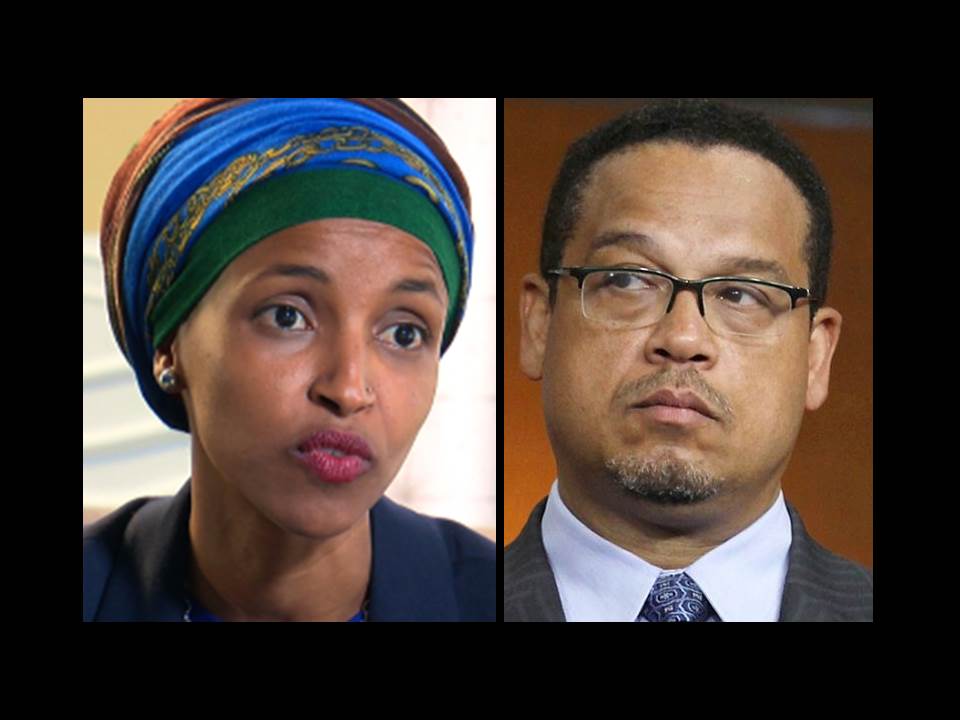 The hot mess known as Minnesota politics was on full display after the primary on Tuesday night.

To put it bluntly, it was a sh*t show.

Democrats – who have been hooting and hollering at protests for the past two years about what a misogynist President Trump is, marching in streets wearing pink hats and female-anatomy-styled costumes (I don’t want to be crude in case there are any children reading) and shouting from the rooftops about #MeToo were nowhere to be found.

Well, now – thanks to Minnesota – we all have proof that the #MeToo movement is one big giant windbag.

When Keith Ellison won his race in the Minnesota democratic primary, all those #MeToo women did NOTHING to stop him from becoming the nominee for Attorney General – the top law enforcement job in the state.  In fact, not only did those women and their formerly vocal supporters remain silent, but all the mainstream media was silent until the cacophony of those on social media reached a fever pitch and pointed out that papers like the Minneapolis Star Tribune and the St. Paul Pioneer Press along with the lapdog television stations in the market were not covering the explosive story.

Domestic abuse allegations against @DNC Vice Chair @keithellison and #Silence and #Tolerance from the Democrats. This is a disgusting double standard. #Hypocrisy https://t.co/Pb0HOg7kco

For those who have been living under a rock over the past few days, Ellison, who is the current United States Congressman for Minnesota’s 5th congressional district and deputy chairman for the Democratic National Committee, was accused by a former girlfriend and her son of domestic abuse on a social media post the Saturday night before the primary . At first, it appeared to be a “he-said-she-said” verbal tango with the former girlfriend and her son posting about the abuse, and then Ellison publicly denying the allegations.  Then, Jeff Kolb, a city councilman from Crystal, Minnesota posted on Twitter a police report from 2005 naming Ellison as the person who assaulted another woman – thereby proving that Ellison has domestically abused women in his past:

Minnesota Democrat Senator Al Franken was eventually forced out of his senate seat earlier this year when photos surfaced of him cupping the chest of a sleeping woman and then myriads of women stepped out of the shadow to give the gory accounts of how Al Franken sexually harassed them as well. Franken, thankfully, did not get a pass. But from the looks of things, Ellison will not only get a pass, but the imbeciles of Minnesota will elect him as the state’s next top law enforcer. 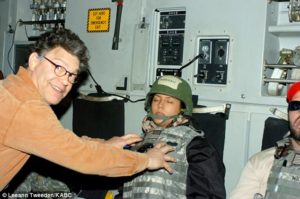 The silence from the holier-than-thou Democrats is deafening.  And not only is their silence deafening, Minnesota Democrats chose a man accused – not once, but twice so far – of domestic violence to be their candidate of choice for Attorney General.

To continue the madness, the Democrat’s choice for Ellison’s replacement in the 5th Congressional district is Ilhan Omar. After only one term in the Minnesota State House, Omar is the Democratic candidate nominee to be Minnesota’s next U.S. Congresswoman.

If anyone needs to know anything about Omar, it’s that both Alpha News and PJMedia have written extensively about the overwhelming evidence that Omar married her brother for immigration fraud purposes and committed marriage fraud.  Even Omar’s predecessor, former Minnesota State Representative Phyllis Kahn told The Intercept that “the story about the two husbands is completely true.” The paragraph below, from The Intercept’s interview with Kahn, is very revealing:

“Kahn, in her interview with The Intercept, said without prompt that Omar was “anti-Semitic,” and that “the story about the two husbands is completely true,” referring to a 2016 controversy in which Omar was accused of being a bigamist who married her brother to commit immigration fraud. At the time, Omar said in a statement that the rumors about her personal life were “absolutely false and ridiculous.” Kahn, apparently, is not convinced. She said, “This kind of Minnesota niceness, or whatever, of not wanting to appear racist — it’s something no one’s willing to go after her for.”

No one wants to go after Omar for breaking the law.  Let that sink in.

Kahn’s revelation to The Intercept is very important, considering sources within the Minneapolis Somali community who know about Omar’s marriage details have admitted her marriage fraud to be true but have been threatened to be silent about it according to Alpha News.

In addition to Omar’s marriage/immigration fraud issues, Minnesota campaign finance reports recently revealed Omar paid the attorney handling the divorce from her brother with campaign finance funds, which is a no-no. It was also recently reported that Omar violated Minnesota house policy by taking honorariums from Minnesota state colleges and universities while sitting on the House’s higher education finance committee. Another no-no.

The concerns that Minnesota voters should have with these two candidates have nothing to do with the candidates’ religions or ethnic backgrounds and have everything to do with ethics, integrity and upholding the laws of the United States of America.

And where is the U.S. Attorney’s office while all these revelations about these candidates are making news?  Is this another “nothing to see here” moment?  Where are the investigations into both Ellison’s and Omar’s controversies?  Why aren’t voters demanding investigations on these candidates?  Then again, we did elect a president ten years ago who hid his records and if we asked about them, we were all called racists.  Nobody likes to be called names.

As Americans, we demand the right to know who we are voting for. If candidates have broken laws and committed egregious acts against women, then they have no business running for elected office.

And if the voters of Minnesota choose lawless candidates to represent them, then we can expect Minnesota to claim bragging rights to being the country’s first Banana Republic in the union.