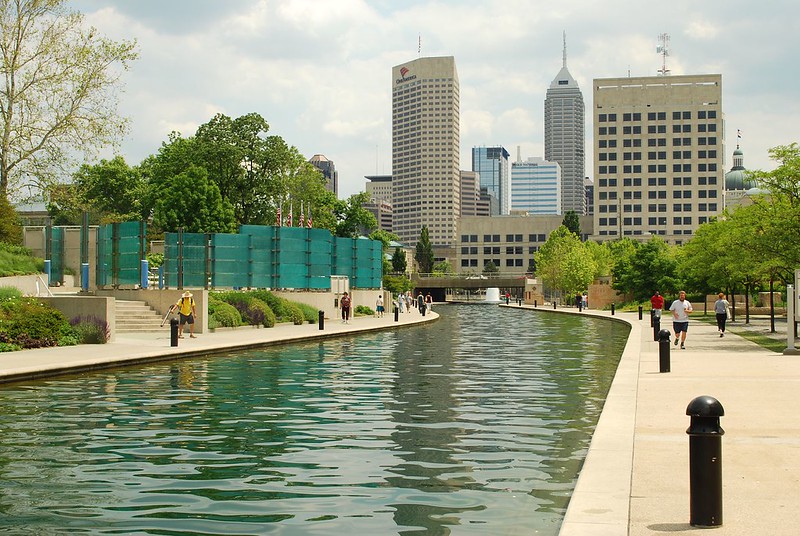 In the early morning hours of July 5, 2020, a 24 year old mother of a three year old boy was shot and killed in the Indianapolis Canal Walk area. Jessica Doty-Whitaker will be laid to rest today, July 10, 2020.

According to reports, Whitaker and her fiance, Jose Ramirez, were walking along the Central Canal walk area when they encountered a group of people and got into a discussion with them about Black Lives Matter and language.

I’ll never probably ever get that image out of my head of what happened,” said Whitaker’s fiance, Jose Ramirez.

Ramirez said they were walking the canal around 3 a.m. Sunday, when they got into a racially charged argument with another group of people: four men and a woman.

He said one guy pulled a gun and said he did too, but that the two groups talked it out and all walked away.

Minutes later though, shots rang out along Canal Court. Whitaker was hit.

“I was actually holding her when it happened,” Ramirez said. “She just fell. I turned around, and I opened fire too. But that’s just a reaction. I didn’t see nobody. I didn’t hopefully I didn’t hit nobody.”

Friends and former coworkers on Monday told News 8 that Whitaker had a “great heart” and cared about other people. They also described her as fun, loving and kindhearted.

It seems fitting that she was in the nursing field and worked as a certified nursing assistant.

But, they said, her young son was her pride and joy.

No suspect descriptions have been published, but police have released video from the park near where the shooting occurred, asking for help identifying the people in the video.

Indianapolis Metro Police are asking for anyone with information to contact the IMPD Homicide Office at 317.327.3475 or Crime Stoppers of Central Indiana at 317.262.8477 or (TIPS).