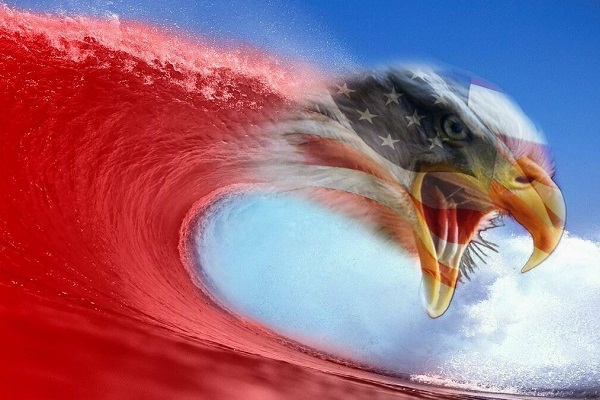 The 2018 Midterm Election is one of the most important elections in our lifetime. Please vote today.

In 2015, a small organization in Minnesota fought two school district bonds totaling $142.5 million and a $10.5 million operating levy referendum. South Washington Citizens for Progress (SWC4P) helped to defeat one of the bonds – $46.5 million – and almost defeated the $96 million bond.

In the end, five ballots stood between a tax increase and the community.  FIVE BALLOTS. Think about that:  Five votes. After a recount, a (corrupt) certification process and an (even more corrupt) court battle, the judge ruled against the validity of the five ballots in favor of the school district.  The referendum passed and taxes were increased. Because it was an off-year election, only 1 in 4 eligible voters in the district actually voted, giving the power of increasing taxes to 25% of the local population.  Just think what might have happened if more people had gone out and utilized their right to vote? Perhaps all the bond and levy questions would have passed, or more likely, the referendum would have been wholly defeated.

That was three years ago. Those working as SWC4P against the referendum faced attacks from local school district shills: name-calling, accusations of “hating children,” collaboration with local media to discredit SWC4P were all tactics used against the anti-referendum committee. Those tactics seemed harsh then, but they were only a hint of the all out attacks on conservatives we see today.

As Deplorable Housewives of the Midwest has reported, being a conservative today means one will be called “racist” and “hater” by politicians, democrat citizens and the media.  The social media giants will actively suppress posts and articles, and as has happened to many conservative media outlets, delete the conservative pages and accounts altogether.  Conservatives are banned or put in “Facebook jail” and “Twitmo” for days, weeks, months at a time for what the social media giants claim to be “hate speech” or “violations of community standards.” Meanwhile, hate and vitriol, including violent threats, against conservatives by progressives remain on the social media platforms.

The attempts to suppress conservatives and conservative thought extends beyond the social media platforms.  Just last week, one of our own Deplorable Housewives feared arrest while participating in a peaceful bridge protest. Imagine – Black Lives Matter has shut down freeways with their protests and received nary a slap on the wrist; ANTIFA has physically attacked peaceful citizens on the streets and in the Minnesota State Capitol and had minor fines as punishment, but conservatives peacefully demonstrating against a lawless candidate on a walking bridge overpass fear arrest for their exercising their First Amendment Rights?

We all watched as now Justice Kavanaugh faced brutal, damaging accusations of sexual misconduct and leftist protesters pounded on the Supreme Court doors, verbally assaulted senators and their staff members and basically made a mockery of our SCOTUS justice nomination system.  Those accusations have been fully investigated and Justice Kavanaugh has been cleared of all allegations against him – but at what price? The scene of his wife and daughters teary-eyed in the courtroom and Justice Kavanaugh working to control his emotions as he defended his reputation and integrity will forever be part of American history.

Censorship from the big-government, socialist left has seemed to reached an all-time high in the United States.  First Amendment Rights are being trampled on every day.  As the attempts to take our voices increase, what do we have left to use in this battle? Our votes.

If you are hesitating in casting a ballot today, please think about how five ballots stood between more taxes and big government and the people.  If those five ballots had been properly filled out and the wheels of justice had truly been blind and not corrupted, SWC4P would have won that fight.  The only votes that “don’t matter” are those which are never cast.  Go vote today.