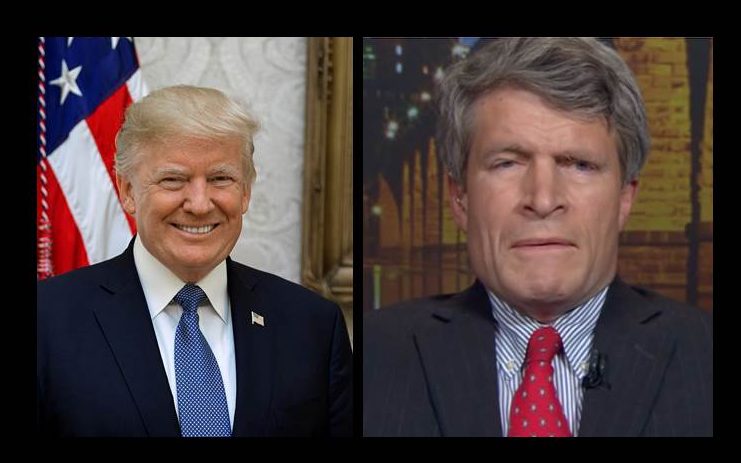 A United States Senate candidate in Minnesota is running on the platform to impeach President Donald J. Trump.

Richard Painter is an ardent anti-Trumper who also served in the George W. Bush administration from 2005 to 2007. Painter is seeking the nomination as a Democrat in the August primary against incumbent Senator Tina Smith.

Painter is the third Democratic candidate in the 2018 race for U.S. Senate in Minnesota.  He is challenging Smith, who served as Lieutenant Governor of Minnesota from 2015 to 2018. Smith was appointed to her position earlier this year by Governor Mark Dayton after Al Franken resigned in disgrace due to a sexual harassment scandal. In 2017, a photo surfaced of Franken’s hands cupping the breasts of radio personality Leeann Tweeden while they were on a USO tour in the Middle East in 2006.  Franken apologized, “…As to the photo, it was clearly intended to be funny, but it wasn’t.  I shouldn’t have done it.” Franken resigned in January 2018 amid more allegations from several other women who he had touched or kissed without their consent. 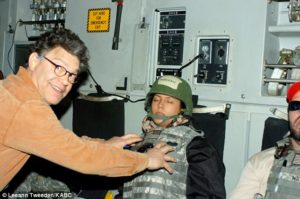 Painter tweeted his support for Franken and accused FOX and political strategist Roger Stone of setting Franken up. 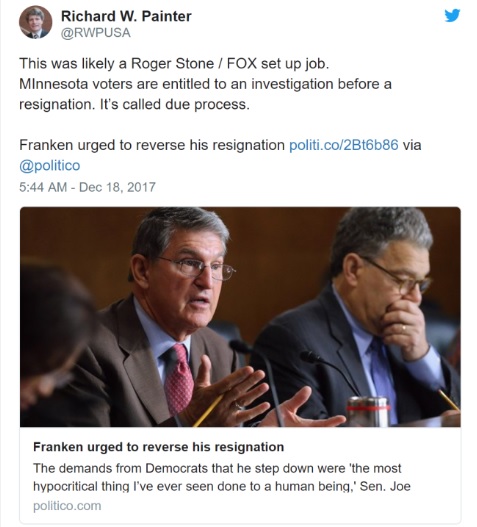 Senator Amy Klobuchar is also up for re-election this year.  She is seeking a third term in November.

Painter spends a lot of time on Twitter bashing President Donald Trump. In an interview with Newsweek, he claims there is more evidence against Trump than there was against former president Richard Nixon. He recently released a video on why he wants Trump impeached:

According to his bio, Painter took a leave of absence from teaching at the University of Illinois College of Law from 2005 to 2007 to serve as Associate Counsel to President George W. Bush and as chief White House ethics lawyer. He is the author of “Getting the Government America Deserves” and became a professor of corporate law and legal ethics at the University of Minnesota after leaving the White House in 2007.

Painter made headlines when he wrote an op-ed in The New York Times in January 2017 claiming that former F.B.I. Director James Comey violated the Hatch Act by re-opening the investigation into Hillary Clinton’s e-mails just days before the 2018 presidential election. “The F.B.I.’s job is to investigate, not to influence the outcome of an election,” Painter wrote.  In the article, Painter discloses that he supported Jeb Bush, Marco Rubio, John Kasich and Hillary Clinton, in that order, during the 2016 election.

In the Minnesota U.S. Senate race, Painter’s platform says he opposes all copper-nickel mining, supports single-payer healthcare, encourages house and senate impeachment proceedings against Trump (and others in his administration), is against Political Action Committees (PACs) or special interest money, opposes the Vikings stadium deal (too late there, Dickie!), is against Trump’s “dangerous” trade war, supports more public education spending, is pro-abortion, supports equal pay and equal rights and actively campaigned for same sex marriage.  In other words, he’s practically just like every other dime-a-dozen democratic candidate here in Minnesota.

Reading through the threads of Painter’s Twitter account leaves no one guessing how the candidate feels about President Trump and his policies.

Trump-care is a disaster. But when our premiums go sky high they will blame it on …,. Obama.https://t.co/el3Kd2C4dp

So, just how bad has it been in America under the first 18 months of this current administration?

The accomplishments of Trump’s presidency so far include: the appointment of Justice Neil Gorsuch to the US Supreme Court; the defeat of ISIS; a strong and robust stock market; growth in employment and strong GDP growth; black unemployment is at an all-time low; regulations have been cut; The Iran deal has been decertified; Jerusalem became Israel’s Capital; Obamacare’s individual mandate has been repealed; passed sanctions on and started diplomatic dialogue with North Korea; implemented tax reform; appointed a record number of appellate court judges; pulled America out from the Paris accords; implemented travel ban; support of the military and police; repealed net neutrality; reformed the Temporary Assistance for Needy Families program (TANF) and withdrew from UNESCO, just to name a few.

Given the resistance that he demonstrates on his Twitter account and in other media against Donald Trump, it makes you wonder if Painter really wants to represent the people of Minnesota or does he want to be one more obstructionist democrat senator against the current administration.

2 thoughts on “Minnesota US Senate Candidate Seeks to Impeach Trump”