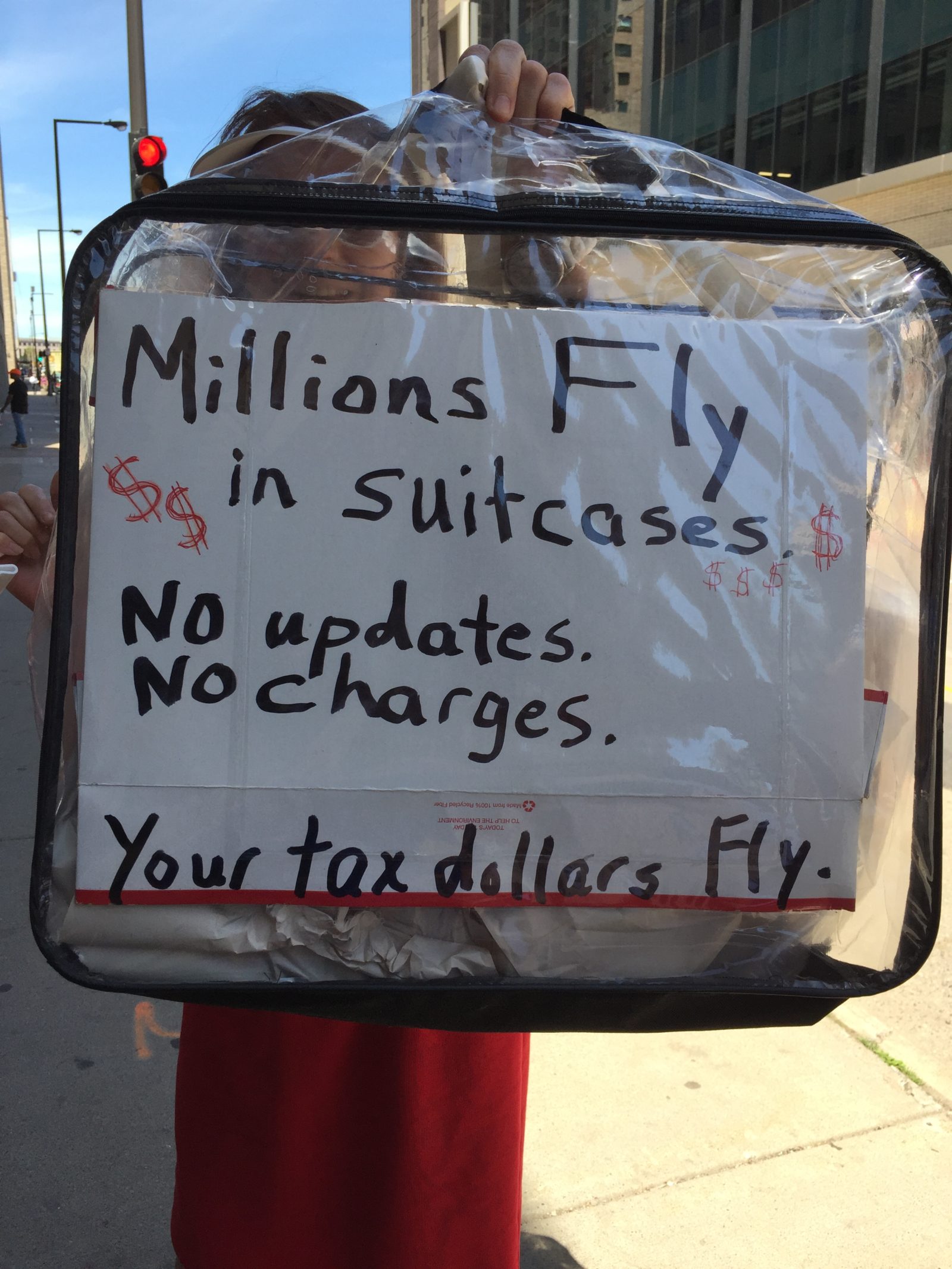 A group of approximately 50 citizens marched in front of Minnesota Attorney General Lori Swanson’s St. Paul office on Wednesday afternoon to protest daycare fraud, which was recently uncovered by FOX9 News. And while the protest was taking place, there was a report of yet another daycare center being raided for fraud in the Twin Cities on Wednesday.

According to a May 2018 FOX 9 report, millions of tax dollars obtained by daycare fraud are going overseas in suitcases and likely a portion of the money was being skimmed by terrorist organizations. The information was disclosed by a government whistleblower.

The Deplorable Housewives of the Midwest was the only media outlet to cover the Daycare Fraud protest at the Attorney General’s (AG) office on Wednesday and the entire event, which was filmed live, can be found here.

Armed with signs that read “AG Flops on Fraud” and “Stop The Fraud”, the protest peacefully assembled in front of Lori Swanson’s office at 445 Minnesota Street and moved up to AG’s office on the 14th floor, where the protesters were told that the attorney general was unable to meet with them. 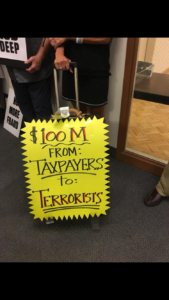 “Obviously those reports in the media are very troubling,” Wogsland told the protesters.  Wogsland explained childcare is a program that is administered by the counties. There is federal money, state money and county money and it is administered by the individual counties like Hennepin and Ramsey counties along with the Department of Human Services (DHS). Under the law, DHS and the individual counties have the authority to investigate allegations of fraud and wrongdoing because it involves county money and taxpayer money. Wogsland said if fraud is investigated then the counties and DHS can refer those cases to the AG’s office for prosecution.

“Our office stands ready and willing to prosecute those cases.  It is my understanding that those referrals have been going to the United States Attorney’s office for criminal prosecution and there’s been a few of those,” Wogsland said.  The county attorneys have criminal jurisdiction. Wogsland said the AG’s office doesn’t have direct authority over the counties or DHS.

Becky Swanson, a daycare provider who attended the protest explained to The Deplorable Housewives how easy it is for daycare providers to defraud the government.  She said the Child Care Assistance Program (CCAP) is an assistance program where parents must qualify. She said in this particular fraud that’s going on, a parent brings the child to the childcare center or the childcare provider and parent signs the child in, but they don’t leave the child.  The parent’s signature allows the provider to claim that day as a day of care. So if you’re a parent of two, and if your provider charges $150 a week per child, the provider claims $300 for two children for the week even though they were not in daycare.  Becky Swanson said, “It is basically fraud between the parents and the provider.”

People who attended the protest expressed their disappointment over the lack of action by the attorney general’s office.  Michele Even, a former candidate for Minnesota lieutenant governor who organized the protest said, “These programs need to stop.  There is no way to control this fraud when it comes to government agencies.  I don’t care what agency it is.  There is fraud and it will never stop.”

News reports surfaced later on Wednesday that the Baraka Child Care Center in Minneapolis was raided by the Minnesota Bureau of Criminal Apprehension and the Secret Service earlier in the day. Agents armed with search warrants confiscated cell phones, computers, and documents as part of an “ongoing investigation of child care fraud” according to FOX 9.

Lori Swanson was seeking the DFL endorsement for Minnesota attorney general at last month’s convention in Rochester, but lost the endorsement to attorney Matt Pelikan.  Lori Swanson then announced she will be running for Governor of Minnesota after she was not endorsed.  This set off a chain of events within the Minnesota Democratic party where Rep. Keith Ellison (D-CD5) announced his candidacy for Minnesota attorney general to challenge Pelikan and first term Rep. Ilhan Omar (D-60B) announced her candidacy for Ellison’s congressional seat in Congressional District 5.