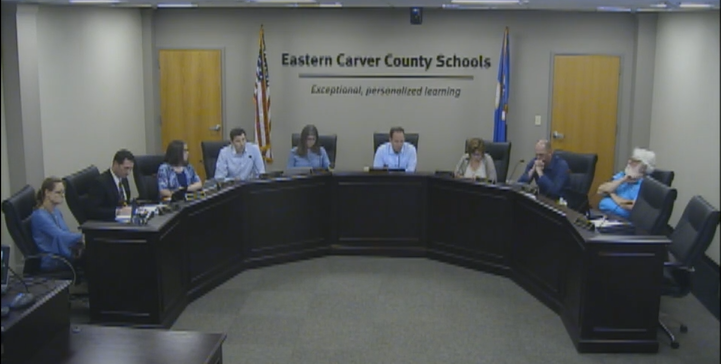 Angry parents and concerned citizens attended the Eastern Carver County school board meeting (VIDEO) on Monday, June 24 in Chaska, Minnesota to push back against a company that was brought into the school district to conduct an equity survey.

As The Deplorable Housewives of the Midwest reported earlier in June, parents in Minnesota’s Eastern Carver County school district received an “Equity Survey” via email at the end of May from a man named Sherief Elabbady on behalf of the “District Administrators and Research Team.” The survey was sent in response to a petition that circulated around the school district asking that more be done to combat racism in Eastern Carver County schools.

Our initial research showed that Elabbady worked for an organization called Culturally Responsive School Leadership Institute (CRSLI). The Deplorable Housewives staff discovered that Elabbady’s Facebook page was rife with anti-Semitic posts including a cover photo that said, “End Israel’s Occupation of Palestine” and a wedding photo with the caption “Jerusalem is the Capital of Palestine” emblazoned on the bottom. There was also an anti-Israel post written by pro-football player Michael Bennett, Jr. which Elabbady reposted on his Facebook page along with another post from anti-Israel, anti-Trump, anti-America activist Linda Sarsour. Elabbady is also an activist, having organized an anti-Trump rally at the Minneapolis-St. Paul airport in January 2017 to protest a “Muslim Ban.” Shortly after we published our article, in an obvious attempt to cover his tracks, Elabbady completely scrubbed his Facebook page and changed his name to “Abu Maryam” and changed the name on the “NoMuslimBan at MSP” Facebook page also to “Abu Maryam”. 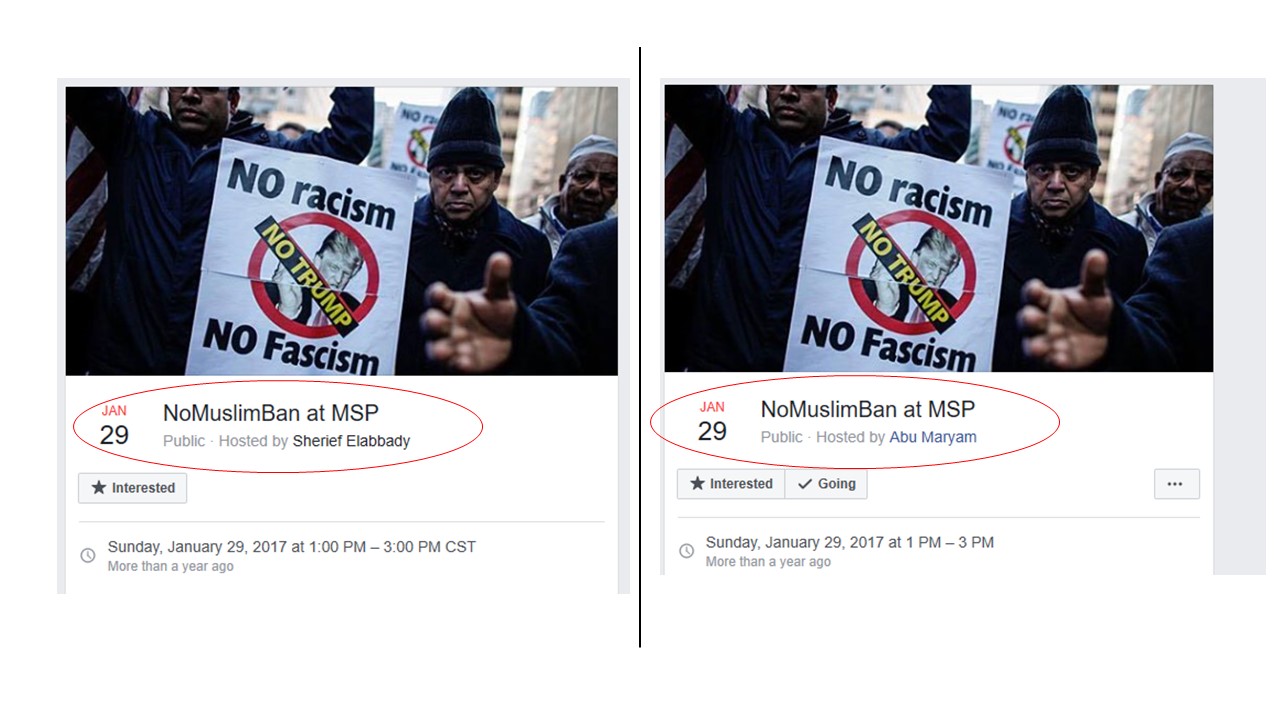 Elabbady was listed on the CRSLI website as Chief Operating Officer (COO) at the time the survey was sent out to Eastern Carver County school district parents. Shortly after our article was published, Elabbady was removed from the website and is no longer listed as the COO of CRSLI. 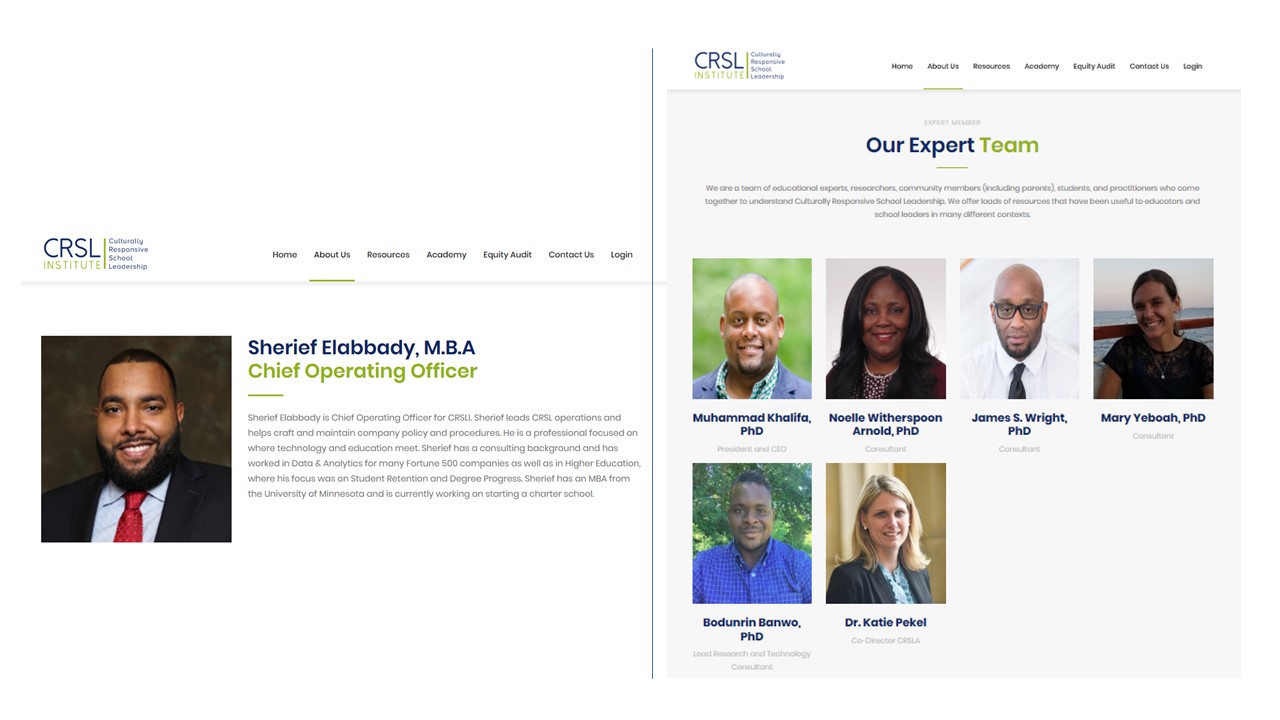 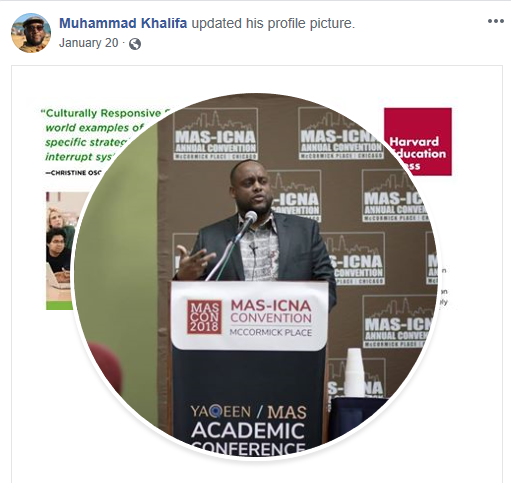 Parents who read the Deplorable Housewives article were outraged that their email addresses were given to a third party without their permission. They were also angry that a company that was tasked to heal a racially-broken district would hire a company whose employees were very open about their anti-Israel feelings on social media. Some wondered if this company was even vetted before being awarded a $52,250 contract over a two year period. 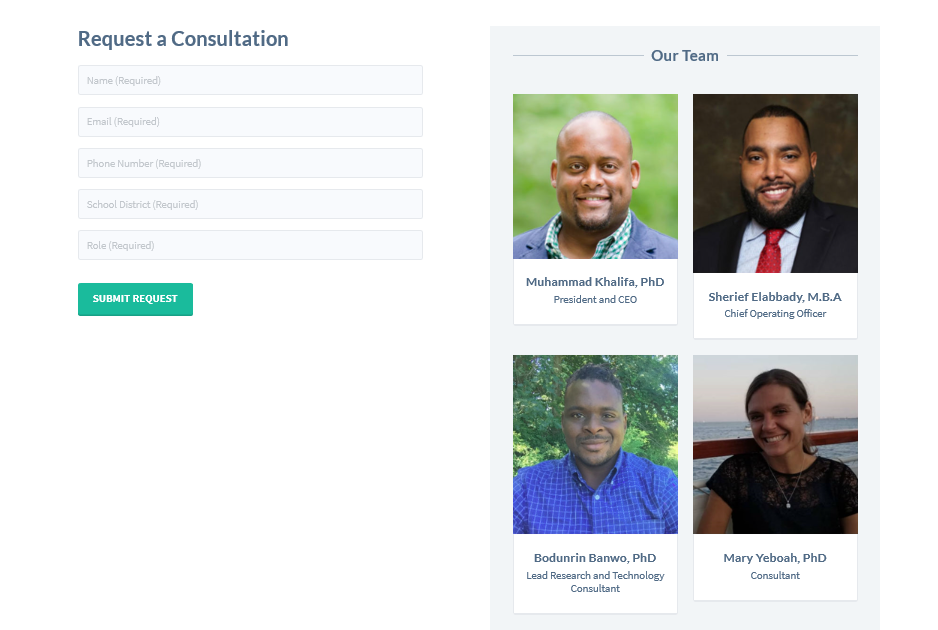 A review of the district’s Equity Audit proposal shows it clearly states that Eastern Carver County Schools Assistant Superintendent Amy LaDue is a member of Khalifa’s “Culturally Responsive School Leadership Academy“, hence, the school district received a $23,750 discount on the equity survey. Instead of costing the school district $76,000 for the survey, it is a mere bargain of $52,250 – thanks to LaDue’s membership in Dr. Khalifa’s other organization. Was Khalifa’s group chosen through a thorough vetting process as Superintendent Christopher claimed, or was it due to some kind of “quid-pro-quo” because the Assistant Superintendent was connected to the company that was hired to do the audit? 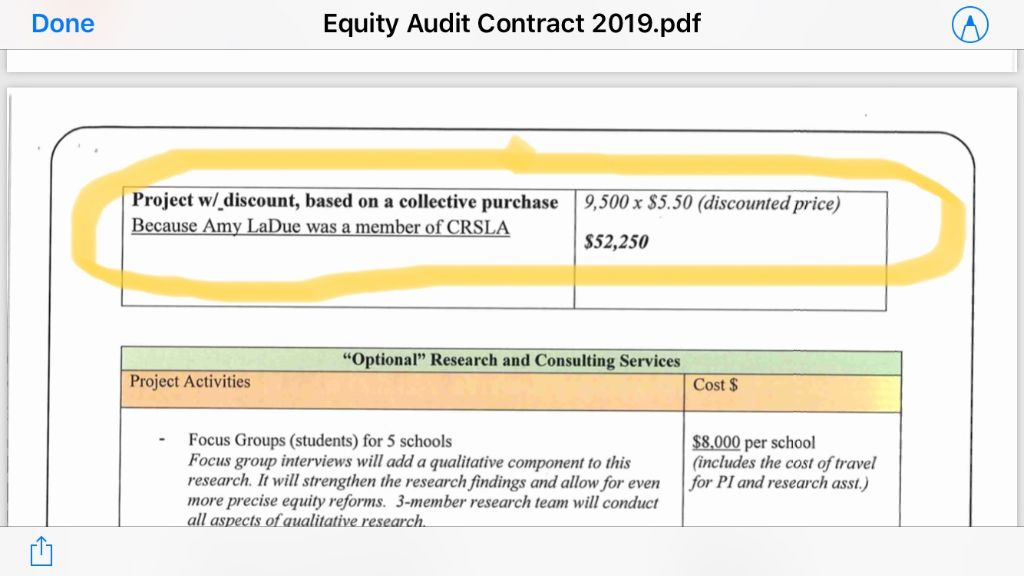 At the June 24th school board meeting parents expressed their concerns to the school board. One parent spoke about Elabbady, “He clearly has a biased view based upon his anti-Israel, anti-Trump stance, yet he is going to heal Carver County of its racial/social/cultural biases?”

Another person who spoke at the meeting said that parents were concerned, but were afraid to show up for fear that there would be academic retribution towards their students if they spoke out about the equity survey.

A Data Practices Act request from the Law Office of Nathan M. Hansen was presented to the school board requesting the inspection of the contract between Ajusted Equity Solutions and the Carver County School District; all emails, notes and correspondence, rules, procedures, phone records between Ajusted and the school board; and policies authorizing the release of email addresses and contact information for students and parents to Dr. Khalifa/CRSLI/Ajusted Equity Solutions.

Minnesota State Senator Roger Chamberlain (R-MN38), who is a member of the E-12 Finance and Policy Committee, also attended the school board meeting as a member of the committee. “You do have a tough job ahead to ensure that all these children, no matter their race, ethnicity or religion are all treated the same and are not disparaged or demeaned in any way. I think there are concerns on both sides, equally so,” Chamberlain told the school board.

Jeanne Kling, a Chaska resident, defended the school board’s choice of hiring Dr. Khalifa’s company to conduct the survey. “I am sorry that other people are feeling so hateful,” she said.

The people hired to conduct the equity survey to help heal the district have anti-Israel and anti-Semitic postings on their social media page and it’s the concerned parents pointing this out to the school board who are hateful? Just wow.

Despite the concerns expressed by the parents over the social media posts by Dr. Khalifa and Elabbady, it appears the Eastern Carver County School Board is going full steam ahead in utilizing Dr. Khalifa’s Ajusted Equity Solutions.

Will this survey help to heal the school district, or will the self-inflicted social media posts of the executives of Ajusted Equity Solutions further divide the district and create more distrust and problems?  Stay tuned…