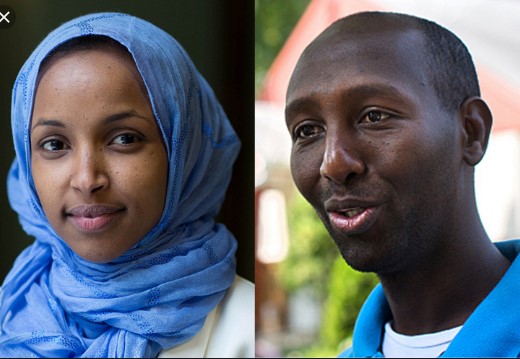 In June of 2014, longtime Minnesota Representative Phyllis Kahn, (60B) received information that hundreds of people were registering to vote using addresses that were fraudulent. Kahn, who won her Minnesota house seat in 1972, was being challenged in a primary by Mohamud Noor, the director of the Confederation of Somali Community. According to the complaint filed by Brian Rice, attorney for Phyllis Kahn Volunteer Committee, more than 140 people used 419 Cedar Avenue South in Minneapolis as their home address when they registered to vote. At the time the complaint was filed, 419 Cedar Avenue South was the home of Cedar Mailbox Center, which is now out of business.

According to Google Maps, 419 Cedar Ave. South was also home to Qaran Express US Inc., West Bank Tax Services, AAM Transportation Services LLC, and Kamole Gold Repair. All of these businesses have closed and all but one, AAM Transportation, actually registered as a business with the Minnesota Secretary of State.

Brian Rice, attorney for Phyllis Kahn, gave the following statement to KSTP in June of 2014:

“I think there is a coordinated effort to use this address to bring voters into the DFL primary election on August 12, that’s what I think is going on,” Rice said.
“It’s wrong, it violates Minnesota Law, it’s a crime.” 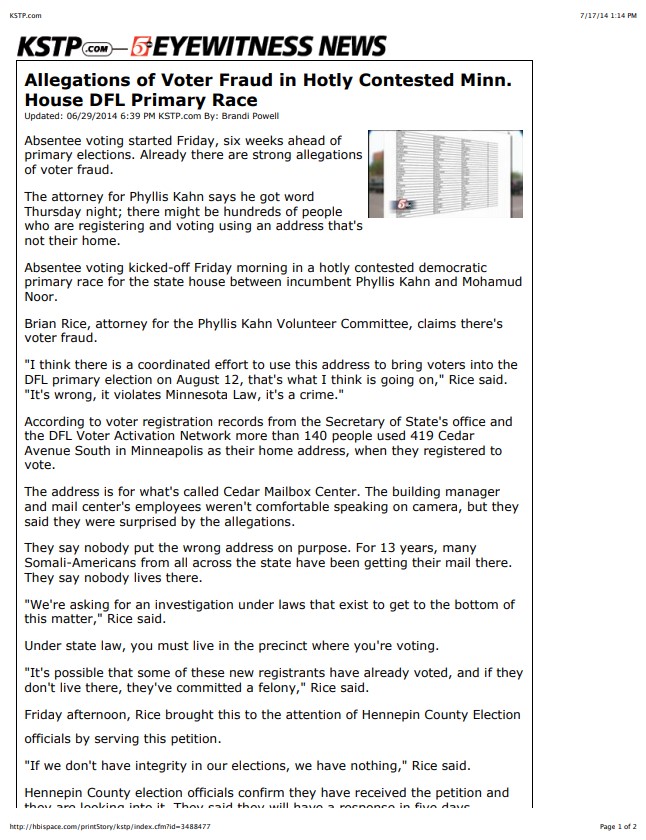 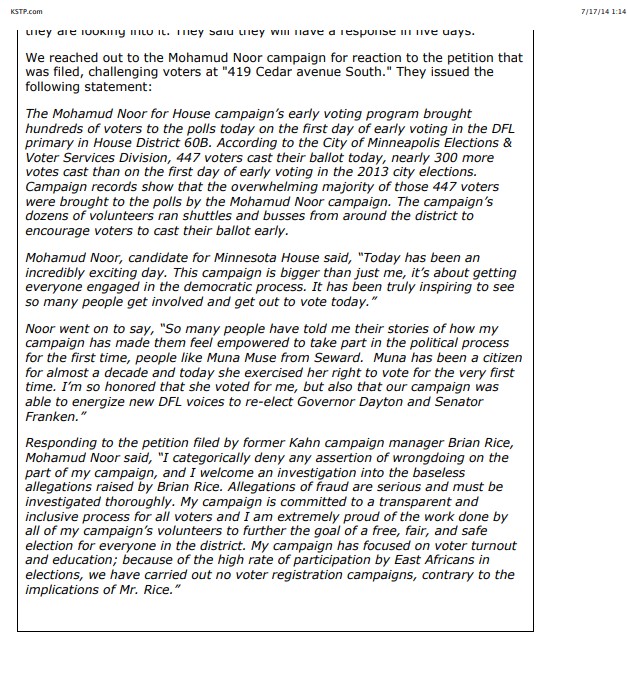 After receipt of the petition, an audit was performed by Hennepin County Auditor, Mark Chapin. According to the July 10, 2014 Hennepin County Attorney’s Office, Civil Division memorandum, individuals began using 419 Cedar Ave. S. as their residence on voter registration applications beginning in 2008.

According to the audit, the majority of individuals who were registered to vote using the Cedar Ave. address did so utilizing campaign registration drives, election day registration and National Change of Address. National Change of Address is the process by which the Minnesota Secretary of State verifies changes of address by using a postal verification card. The notice gives registrants 21 days to update their voter registration record to a verified address. The Secretary of State is required to send postal verification cards at least once per month to keep the State Voter Registration System updated and accurate. As you can see from the table above, voters began using the Cedar Ave. S. address as their primary residence going back to 2008. It’s clear from the evidence presented in this report that the Secretary of State has failed to secure Minnesota elections and that postal verification cards don’t work. 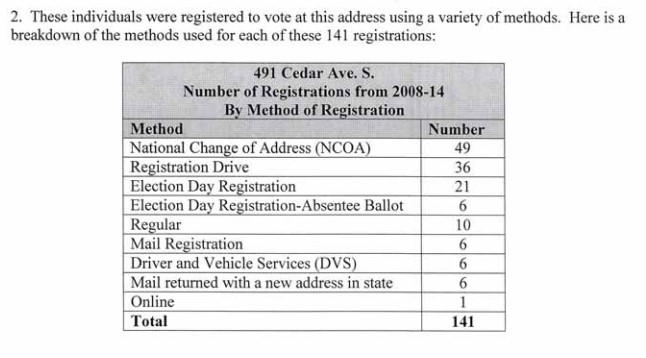 According to the Mohamud Noor for House campaign, “the early voting program brought hundreds of voters to the polls today on the first day of early voting in the DFL primary in House District 60B. According to the City of Minneapolis Elections &Voter Services Division, 447 voters cast their ballot today, nearly 300 more votes cast than on the first day of early voting in the 2013 city elections. Campaign records show that the overwhelming majority of those 447 voters were brought to the polls by the Mohamud Noor campaign. The campaign’s dozens of volunteers ran shuttles and buses from around the district to encourage voters to cast their ballot early.”

The final decision by the Hennepin County Auditor regarding the voter registration fraud in 2014 was:

Phyllis Kahn won the primary challenge against Noor, but the battle was hard fought. Noor received 1,949 votes to Kahn’s 2,332 votes. Noor challenged Kahn again in 2016 along with Minnesota’s controversial Congresswoman, Ilhan Omar. Ilhan defeated both Noor and Kahn, winning her Minnesota Representative seat in 2016 followed by a Congressional seat in 2018.  Has voter fraud has paved the way for Omar to win her Congressional seat again in 2020?

Minnesota has a long history of questionable elections that remain hidden from the public. Even when individuals break the law in Minnesota, there are no consequences. The evidence of cheating in Ilhan Omar’s Congressional District is crystal clear from the 2014 Hennepin County Auditor’s report yet Minnesota Secretary of State, Steve Simon, refuses to comply with two court orders to release voter data contained in the State Voter Registration System. The Minnesota Voters Alliance continues this battle to force Simon to release the data and the case is now in the hands of the Minnesota Supreme Court.  It’s time for Steve Simon to release the voter data requested by the Minnesota Voters Alliance to test the integrity of our elections.

Research documents referenced by the author to write this article are found below: 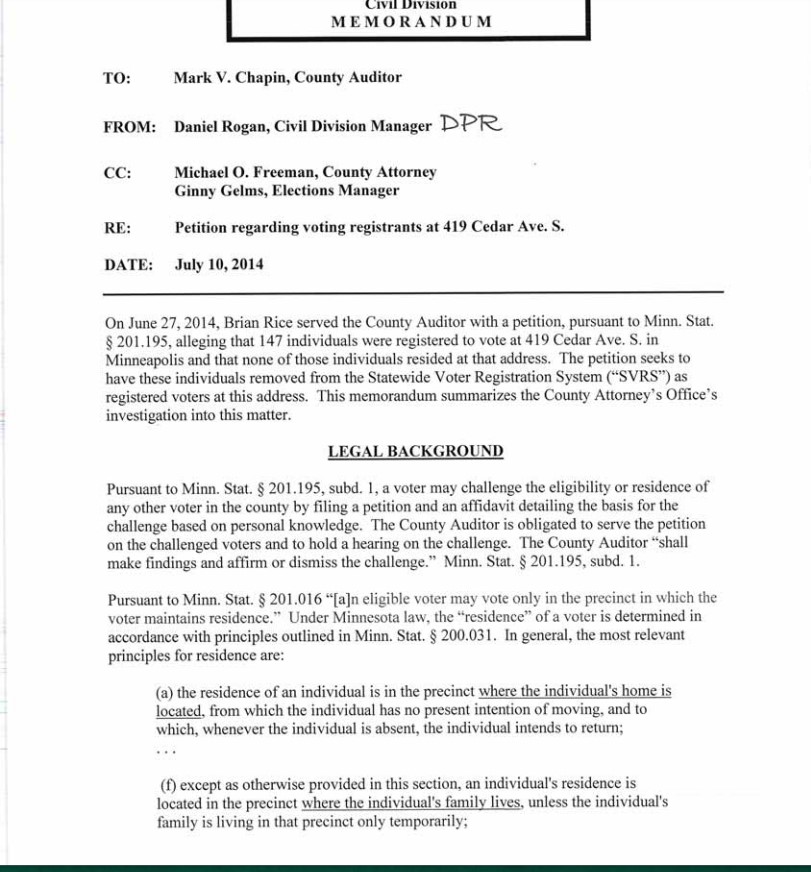 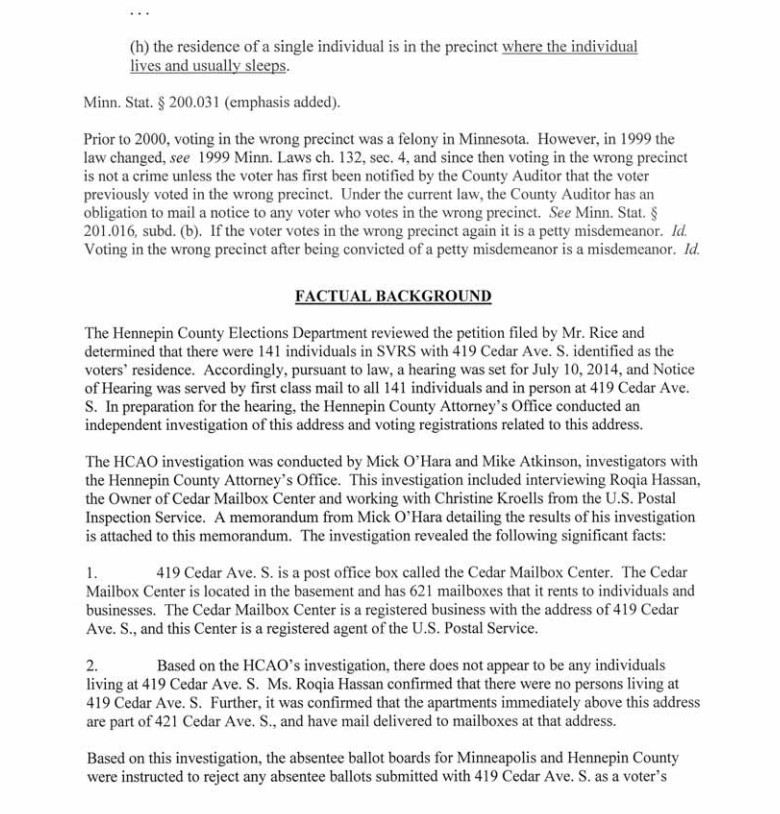 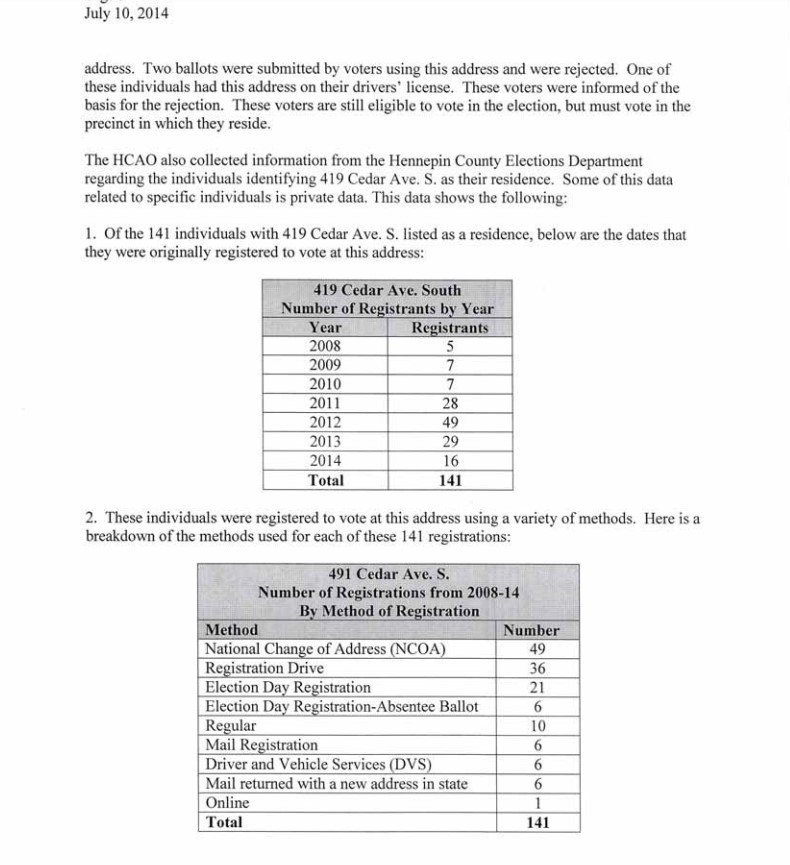 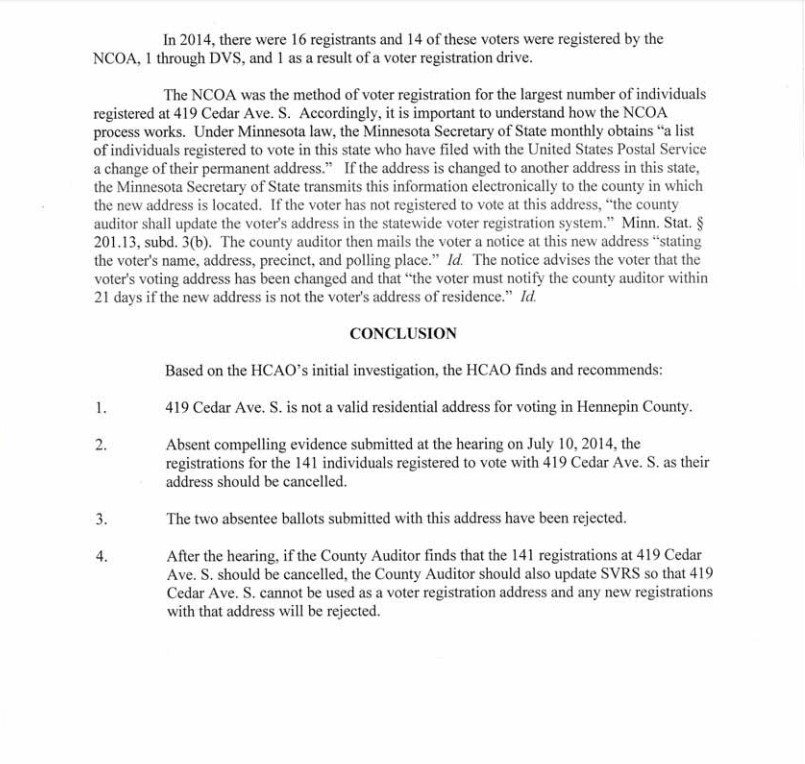 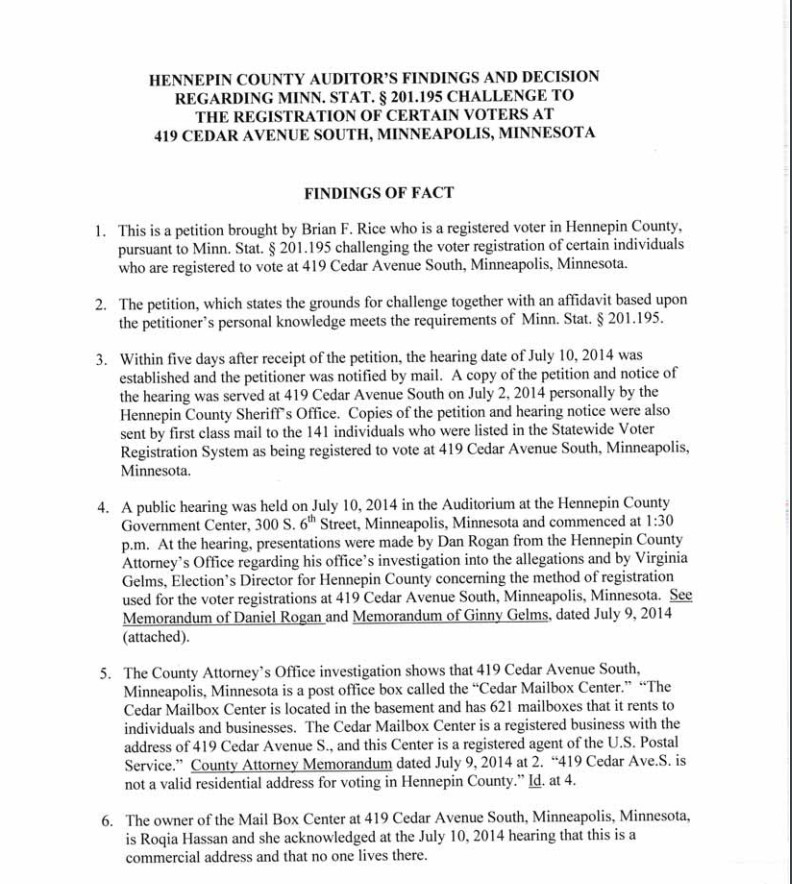 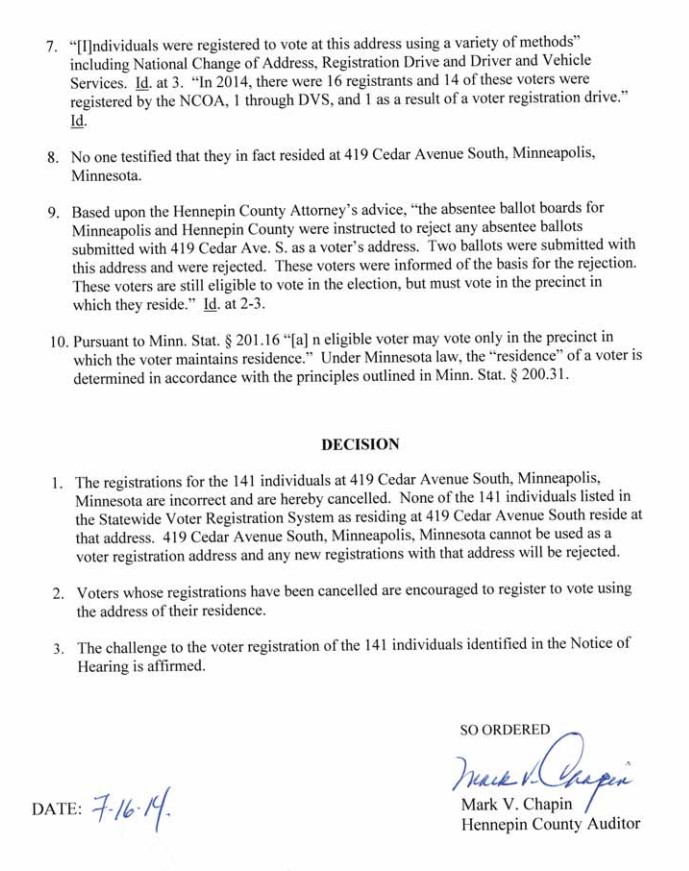 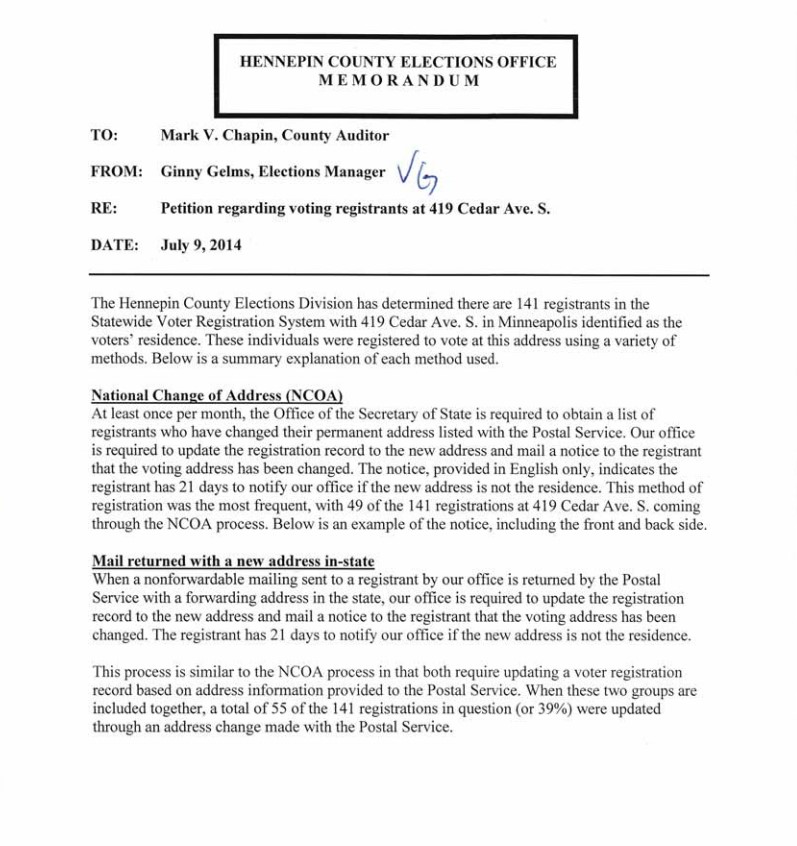 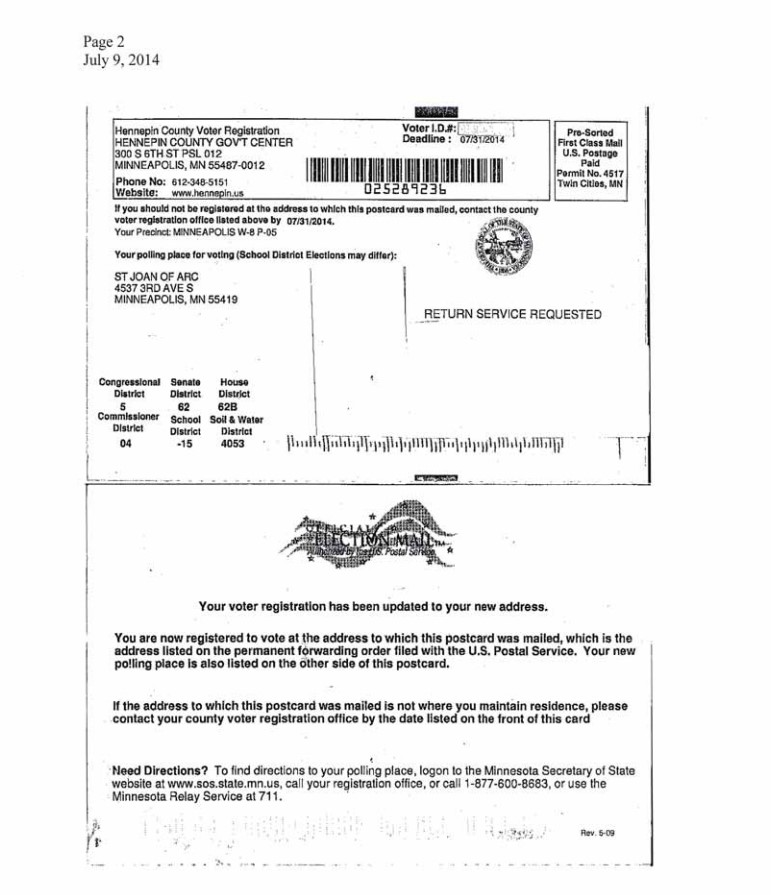 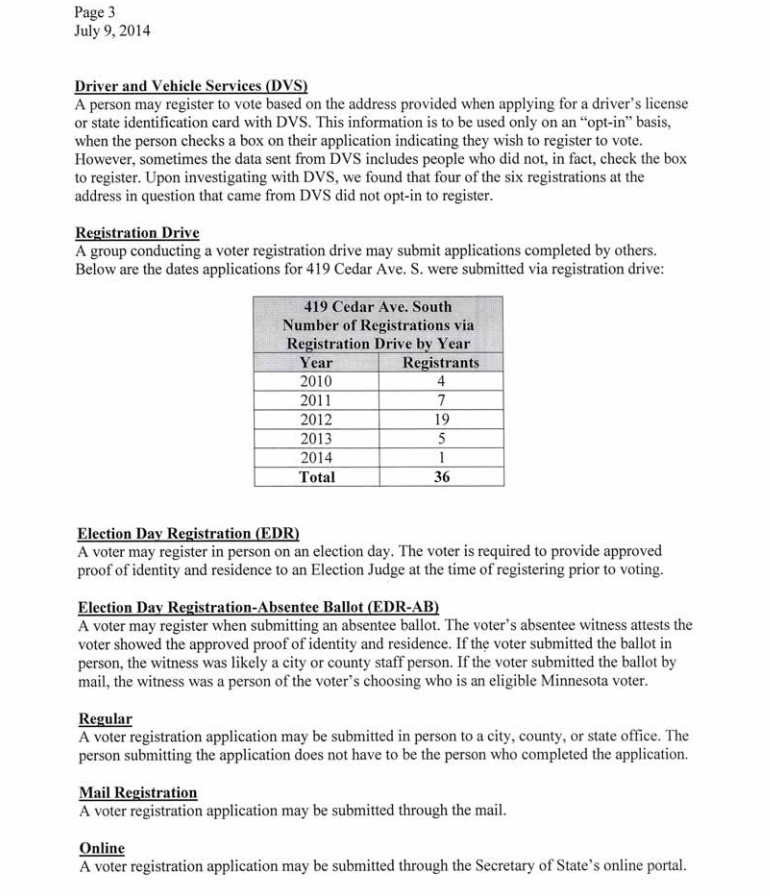