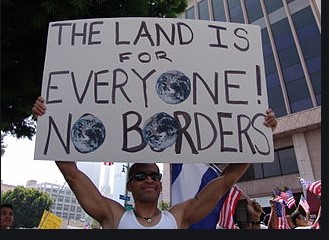 The Executive Order signed by Governor Tim Walz on August 7, 2019, titled “Placing Children at the Center of Government,” will establish a “Children’s Cabinet” to improve outcomes and promote equity. According to the executive order,

The Children’s Cabinet will focus on a broad range of issues and challenges,informed by children, youth, family, and community priorities. The Cabinet will
utilize a results-based accountability lens in four priority areas:
a. Healthy beginnings (beginning with the prenatal period)
b. Child care and education (beginning with early childhood)
c. Mental health and well-being
d. Housing stability for children, youth, and families

The vision of the program is that all children and youth growing up in Promise Neighborhoods have access to great schools and strong systems of family and community support that will prepare them to attain an excellent education and successfully transition to college and a career. The purpose of Promise Neighborhoods is to significantly improve the educational and developmental outcomes of children and youth in our most distressed communities, and to transform those communities by—

The program began in 2010 and awarded one year grants to support the development and implementation of Promise Neighborhoods in 21 cities across the U.S. Subsequent grants were awarded in through 2016. Promise Neighborhoods is now in 20 states and the District of Columbia. Minnesota received grants in 2010 and 2012. Minneapolis’s Northside Achievement Zone was the largest recipient in Minnesota and received grant money totaling over $27 million into 2016.

The NAZ 2016 annual report, compiled by the Wilder Foundation, indicates that NAZ received a five-year federal Promise Neighborhood grant. Beginning in 2012, enrollment in the program stood at 217 families with 584 children. During 2016, in the final year of the Promise Neighborhood grant, NAZ operated at full capacity, with nearly 1,000 families and 2,200 children participating in NAZ collaborative programs. This means the average cost to help 1,217 families was approximately $22,352 per family or around $9,771 per child.

So what exactly did this $27 million grant do for Minneapolis children? According to an article by the Star Tribune in 2015, the school districts in Minneapolis and St. Paul have failed to educate poor and minority children,. Civil rights lawyers filed a lawsuit on behalf of seven families who said that students in schools with a disproportionate number of minority students vastly under-performed academically compared to children in integrated schools. These are the very children Promise Neighborhoods was set up to protect and assure they graduate from high school college-ready. In other words, Promise Neighborhoods cost a lot of money and was a miserable failure for students and families alike. We can be certain that Walz’s Executive Order will be equally successful as the order implements the same program.

In today’s political climate, immigrant families, Muslim residents, and other communities of color face increased surveillance and growing threats to their safety and well-being.

A webinar offered by Policy Link on January 30, 2017, provided an overview of what sanctuary cities and sanctuary spaces are; how such spaces can make all people safer; and how leaders can create – or safeguard – sanctuary spaces in their own communities.

Linda Sarsour, a Palestinian-American activist who spews her hatred for President Donald Trump, was one of the principal organizers of the Women’s March on Washington.  In January 2017, Sarsour agreed to serve as the lead plaintiff in CAIR’s lawsuit against President Donald Trump’s executive order calling for a temporary halt to immigration from seven Muslim-majority countries that were hotbeds of terrorism. Given her hatred for the rule of law and her allegiance to the Islamic State, her invitation to speak at a Promise Neighborhoods Institute webinar should give anyone pause about the true nature of Promise Neighborhoods and what they and Walz hope to achieve.

You can listen to the entire webinar below. Pay particular attention to how The Promise Neighborhoods Institute aligns themselves with those who believe in open borders, the abolishment of ICE and a free education for all.

As you read through the Executive Order, please note that The Cabinet will focus special attention on preventing and reducing the need for involvement with the child welfare system, public safety system, and criminal justice system. The failed juvenile justice policy known as JDAI (Juvenile Detention Alternatives Initiative) was implemented by the Casey Foundation in 1992.  JDAI  was a key contributor that led to the Parkland shooting, the closure of juvenile detention facilities, and an increase in crime in our cities and schools. The Casey Foundation is currently working with Promise Neighborhoods leaders in Minneapolis and St. Paul.

Governor Walz’s Executive Order and Promise Neighborhoods are interchangeable and have laid the foundation for a sanctuary state using the Department of Education, the criminal justice system, and Health and Human Services which will override federal immigration laws all in the name of “the children.”