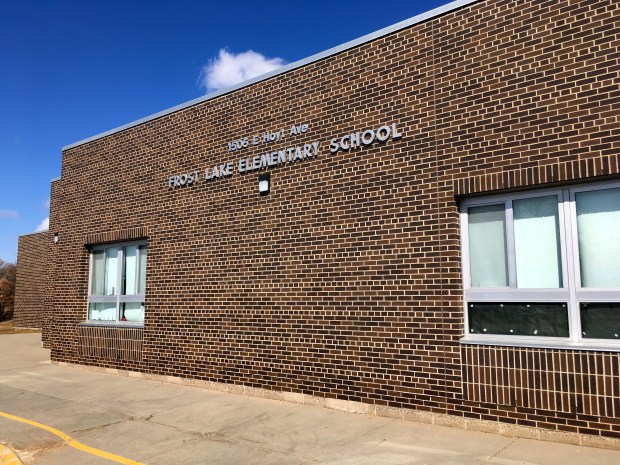 Frost Lake Elementary School in St. Paul, Minnesota held a protest on June 3, 2019 where elementary-aged students were seen leaving the school building at 3PM carrying signs and shouting “No Justice, No Peace!” on school grounds.

According to a parent familiar with the school and who wants to remain anonymous, the protest started inside the school, spilling out onto the school grounds shortly after the end of the school day.

Adults wearing badges, who appeared to be teachers, filed out of Frost Lake Elementary and were marching along with the young students on school grounds, encouraging them to shout louder by telling the students, “I can’t hear you!”

What is most concerning is that this elementary school is training children how to protest instead of teaching these students essential skills they will need to succeed in life like reading, writing and arithmetic. These children are being taught to be social justice warriors and professional protesters in a public school on your tax dollars. And a school like Frost Lake Elementary really should be concentrating on educating the kids instead of indoctrinating them, given their dismal school rankings.

Frost Lake Elementary ranks 830 out of 847 elementary schools in Minnesota according to the website School Digger. School Digger obtains its data from the Minnesota Department of Education.

The Deplorable Housewives of the Midwest reached out to Frost Lake Elementary School then-school principal Stacey Kadrmas on June 12 via email to ask her why the students were protesting at the school. We asked if the protest was approved by the school administration, were parents made aware of the protest, were permission slips needed for the kids to protest outside the school, has the school held prior protests and what exactly did the protest set out to accomplish. As of this publication date, we have not heard back from Kadrmas, who is no longer principal at Frost Lake. We then wrote to the school’s new principal Melissa Kalinowski on August 14 and asked her the same questions we asked Kadrmas. We have not received an answer from Kalinowski either.

Looking at test scores for 3rd, 4th and 5th grade for Frost Lake on School Digger, the results are shocking. Not only does Frost Lake trail St. Paul public schools by a wide margin, but ranks far behind the Minnesota average of elementary schools in Math and Reading for 3rd and 4th grade, and in Math, Science and Reading for 5th grade: 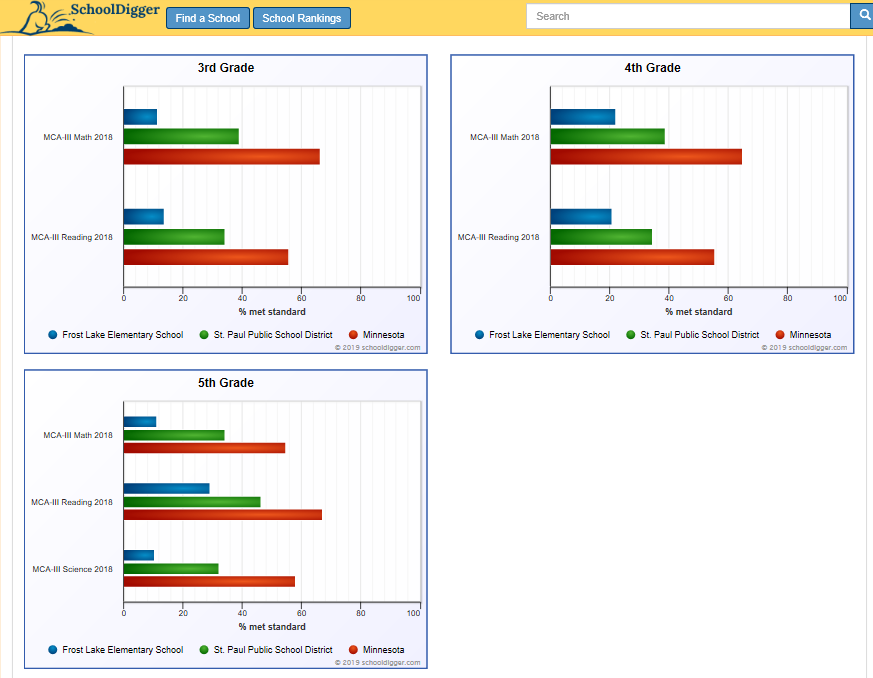 Frost Lake Elementary offers segregated “Affinity Group Showcase” classes, for Black, Asian and Hispanic students. The school’s website states, “Frost Lake is proud to offer affinity groups to Black, Asian and Hispanic students. In these groups, students work to understand their racial and cultural identities, history of their racial and cultural groups…” That’s great, but what about the white students? Apparently, there are no Affinity Group classes offered for white students at this school, who comprise 8.3% of the student body. Why can’t the white students learn about their classmates’ racial and cultural histories as well? According to School Digger, the racial breakdown of Frost Lake is 48% Asian, 23.8% African-American and 12.7% Hispanic.

Sadly, these children are being set up for failure. Over the last 16 years, Frost Lake Elementary School’s statewide rank plummeted from 530 in 2003 to 830 in 2018. Average standard test scores over the past eight years have been on a steady decline.

So, why is Frost Lake taking students out to protest instead of keeping them after school to teach them the skills and subjects they will need to succeed in life?

Maybe its the parents of Frost Lake Elementary School who should be protesting the administration who are responsible for the steady decline of the school, its poor test scores and dismal school rankings. Perhaps some pushback from the parents will make some of the faculty and administration of this school realize that they are doing a tremendous disservice to the students by not teaching them what they need to know to be successful contributing members of society.