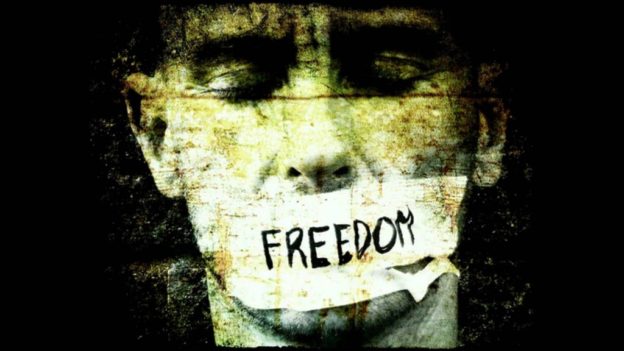 Hudson, Wisconsin citizens, beware; your freedom of speech in your local paper no longer exists. According to the Hudson Star-Observer, what the paper perceives as hate speech against Islam and Muslims has gotten out of hand and the editing staff have arbitrarily decided not to publish opinions they consider critical of Islam.

In a recently published statement by the Rivertown editorial leadership team, the Hudson Star Observer claimed to be deeply troubled by the “hate-filled messages pouring in concerning Islam and Muslims.” In the statement, the editorial team said, “We tried to honor people’s right to express their opinions, but the hate-filled messages pouring in concerning Islam and Muslims has gotten out of control.” The editorial goes on to say,  “We refuse to be the vehicle for opinion pieces that are making us appear as if we support the bashing of other religions in our communities. Many readers have reached out to express their distaste and horror that these pieces are published. We are listening.”

That’s right Hudson, it’s not your right to have an opinion that matters. The readers of your liberal rag of a newspaper will determine what you can and cannot say; not the First Amendment of the Constitution of the United States.

The editorial leadership team goes on to say, “While there is no ‘hate speech’ exception to the First Amendment, we must be responsible.”

The contention that American Muslims are victims of repression is nothing new. The Council on American-Islamic Relations (CAIR) claims to protect the civil rights of Muslims. Using strong-arm tactics and an army of lawyers, this  501(c)(3) has a multi-million dollar budget with state and local chapters across the country. Your individual liberties are no concern of CAIR: Their instrument of control is political correctness meant to pit one part of society against another. CAIR uses victimhood as a way to promote social exclusion to control the masses. According the an article by the Capital Research Center, CAIR’s goal is to create as much self-doubt, hesitation, fear of name-calling, and fear of  litigation possible in every institution in America.

Take a look at this quote from CAIR honoree Dr. Ahmed Sakr:

“here in America the Congress puts themselves in the position of Allah by instituting laws contradicting Islam’s supposedly divine decrees. Such a legislature is a false pagan institution,” he said. “How can you see Allah on the Day of Judgment and he says ‘you crazy man, you crazy woman you put yourself in my position, you want to take over my position, go to Hell…”

Sakr asked a group of school children attending one of his training camps if they wanted to be good Muslims or good Americans for one cannot be both.

I implore the people of Hudson to take back your right to free speech. Start your own online newspaper and stop reading the Hudson Star Observer. It’s your patriotic duty.